No Man’s Sky Big “Foundation Update” Launching This Week, To Add Base Building Features And More 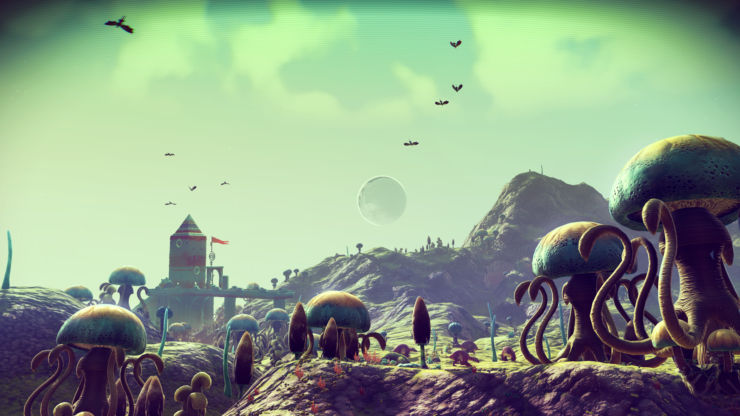 There's very little doubt that No Man's Sky, the space exploration game developed by Hello Games, is among the most disappointing releases of the year, as the game launched without many of the features that were promised. Sean Murray and Hello Games have kept almost complete radio silence since the game released, but it seems like they were at hard work on the game's next big update, which will be released very soon.

On the No Man's Sky Official Website, it's been confirmed that a big update, called Foundation Update, will be released this week. The update is called so as it introduces the foundations of base building and it represents the foundation of the improvements that will be coming to the game in the future.

This week Hello Games will be releasing an update to No Man’s Sky. We’re calling it The Foundation Update, because we have added the foundations of base building, and also because this is putting in place a foundation for things to come.

The team also talked about their silence on the controversy surrounding No Man's Sky after release.

In the nine weeks since then our small team has been hard at work on development, testing and certification for the Foundation Update. It won’t be our biggest update, but it is the start of something.
The discussion around No Man’s Sky since release has been intense and dramatic. We have been quiet, but we are listening and focusing on improving the game that our team loves and feels so passionately about.

No Man's Sky is now available on PC and PlayStation 4. We will let you know more about the Foundation Update as soon as more comes in on it, so stay tuned for all the latest news.

The Last Campfire Review – A New Direction For Hello Games