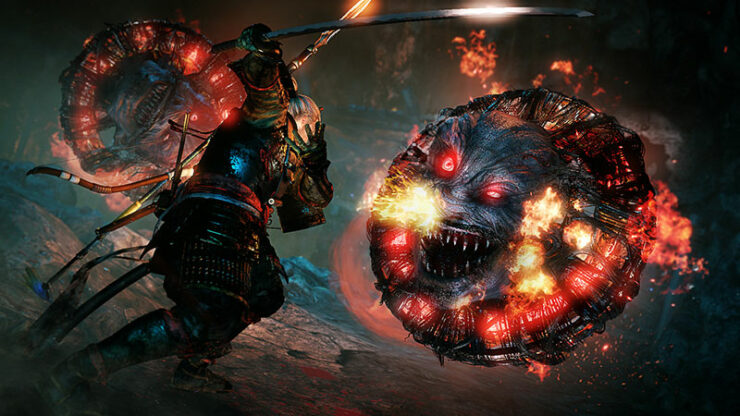 With From Software's Dark Souls series most likely not getting new entries anytime soon, judging from what series creator Hidetaka Miyazaki stated a few weeks back, players searching for a brutally challenging and intense experience will have to look to Nioh, Team Ninja's PlayStation 4 exclusive game. While players will be able to explore the game's dark world again next month, publisher Koei Tecmo is wasting no time in keeping them as excited as possible with some brand new screenshots.

The new Nioh screenshots, which can be found right below, showcase more of the game's dark world and fearsome enemies. Some of the screenshots also capture some intense action that will surely get all those who played the Alpha Demo even more excited for the upcoming Beta Demo.

As already mentioned, a new Nioh playable demo, called Beta Demo, will be available next month, from August 23rd. The demo will include more challenging gameplay, a new dojo stage teaching the basics of the game's combat and much more.

With the Beta demo more of the rewarding (yet dangerous) gameplay from the Alpha will be present. A new dojo stage will feature an intense training session which teaches the basics of Nioh’s samurai combat system. Players will also be able to explore a yet-to-be-announced stage.
A selection of new katana, spears, axes, and hammers will be available to collect to uniquely suit a player’s gameplay style. Players will also be able to add a few new weapons to their arsenal as well.

Nioh launches later this year in all regions exclusively on PlayStation 4. The Beta Demo will be aailable for download from August 23rd until September 6th.