Nioh To Launch On PlayStation 4 In The West This Year, Alpha Demo To Launch This Month

The action role playing game Nioh, now in the works by Team Ninja, has been in development for quite a long time, but it seems like we're starting to see the light at the end of the tunnel, as it's been confirmed a few hours ago that the game will be released this year on PlayStation 4 in the West. 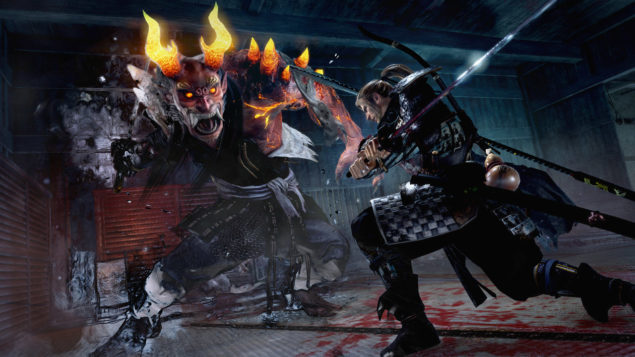 In a new post on the Official PlayStation Blog, Overseas Team NINJA producer Peter Garza has confirmed that Nioh is going to be released exclusively on PlayStation 4 this year. General producer Kou Shibusawa also shared some words on the upcoming release of the game.

“Now, finally, Nioh — a game created with the entire power of Koei Tecmo — will be released in 2016. In appreciation to all the fans who have waited so long, and in order to have gamers everywhere try Nioh as soon as possible, we will release the Alpha Demo this month. We hope you enjoy overcoming the challenges in this masocore take on samurai action — Nioh.”

If you really cannot wait to get your hands on Nioh, you will be happy to know that an alpha demo is going to be made available later this month. From April 26th until May 5th, players will be able check out the Nioh gameplay experience firsthand, as well as receive an exclusive DLC pack called The Mark of the Conqueror for the final release if they manage to complete a stage of the alpha demo.

Nioh launches on PlayStation 4 sometime this year in all regions. We will keep you updated on the game as soon as more comes in on it, so stay tuned for all the latest news.