The ever growing crowd for the next-gen video game consoles by Sony and Microsoft is causing Nintnedo's video game market to dwindle steadily. The eighth generation Nintnedo Wii U console is facing difficulties to compete with the PlayStation 4 and Xbox One on the sales charts and video game availability. The Japanese platform holder needs to focus all of its scrutiny on the next-gen Wii U console, but with an issue as serious as imposing a ban on both Wii U and Wii consoles in the United States of America, it seems a bit difficult to do anything else than save the consoles from getting done. 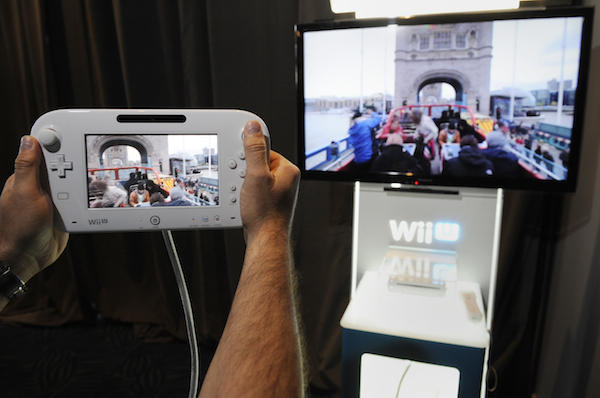 Nintendo's bad times just got worse as a U.K. court ruling declared that the Japanese multinational consumer electronics company is found guilty of infringing two remote control patents for recognizing hand gestures and motion that are already owned by Philips electronics. Reportedly, requesting a jury trail to seek damages, Philips has now asked the court to impose a ban on import/export and sales of both Nintendo Wii and Wii U consoles in the United States of America.

Back in 2012, Philips, a Dutch diversified technology company, filed a case against Nintendo, which is one of the top video game consoles manufacturers, claiming that it already owns a patent on technology used to recognize hand gestures and motions, and that the Japanese firm is infringing its three remote control patents with its two video game consoles i.e the Wii U and the Wii. One patent was found invalid by the England and Wales High Court but in a ruling last Friday, but the court declared that Nintendo is infringing two of the three reported patents.

Both patents that are in talks are for a "user interface system based on a pointing device." Philips claimed that it already owns these patents, which are related to a pointing device with motion detection technology and a computer system, and that this technology could be used for playing video games. According to Bloomberg, United Kingdom judge Colin Briss ruled that Wii video game console by Nintendo is actually infringing on the aforementioned patents that rightfully belong to Philips. Briss wrote in his decision:

"The common general knowledge did not include a device combining a physical motion sensor with a camera and the reasons advanced by Nintendo for putting those two sensors together in one unit are unconvincing."

Pursuing litigation against Nintendo in other major countries, Philips filed a lawsuit in the U.S. last month. “We believe Nintendo infringed the patents and have tried to settle since 2011, but as that hasn’t worked out we had to take this step,” said Bjorn Teuwsen, a spokesman for Philips. “This case relates to other cases in the U.S., Germany and France. It might help in those cases, but that’s not up to me but to the local authorities in those countries.” According to reports, Philips is now demanding a complete ban on Nintendo Wii U and Wii consoles in the United States of America.

This patent dispute is a serious headache for Nintendo because this time the platform holder is dealing with an international electronics company. Reportedly, Colin Briss will issue an order on damages next month, however, Nintendo is already claiming the patents to be invalid and is seeking an appeal against the decision. In its own statement on the ruling, Nintendo stated:

"Nintendo has a long history of developing innovative products while respecting the intellectual property rights of others," the company said. "Nintendo is committed to ensuring that this judgment does not affect continued sales of its highly acclaimed line of video game hardware, software and accessories and will actively pursue all such legitimate steps as are necessary to avoid any interruptions to its business."