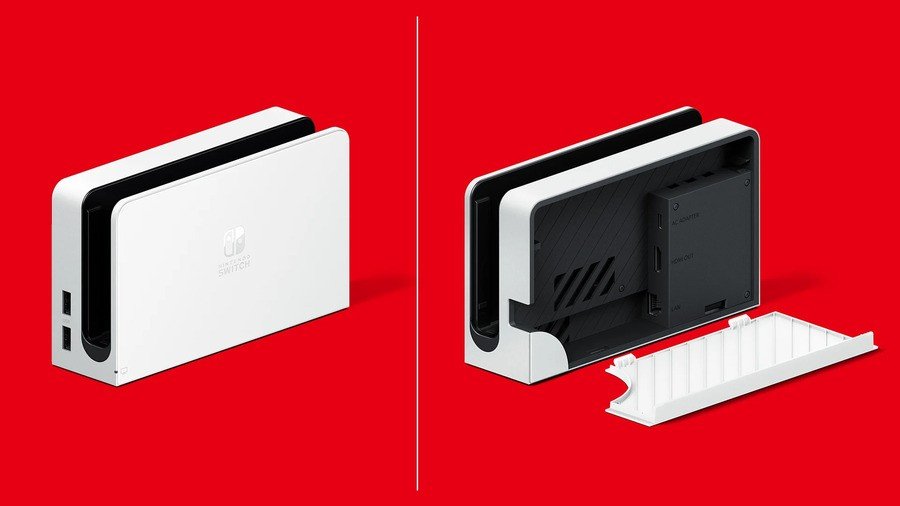 The Nintendo Switch OLED dock features a chip that is capable of outputting at 4K resolution.

Twitter user @KawlunDram recently opened up the new dock and discovered that the DP2HDMI chip is an RTD2172N KBDQH1 chip that is capable of outputting at 4K resolution.

Hi gamers. Nothing ever gets properly done on the internet so I decided to do some digging myself

The DP2HDMI chip on the Switch OLED dock is a RTD2172N KBDQH1 which seems to match what @SciresM datamined from the Switch OS back in January pic.twitter.com/6i2Z8zei0W

This, by itself, doesn't mean a whole lot for the Nintendo Switch OLED and its dock, but it does confirm that Nintendo has, at very least, upgraded the dock's hardware, possibly to future-proof it for an upcoming Switch revision. Additionally, the new dock does have a new firmware upgrade function that the original lack, suggesting that additional features could be added down the line, ìlike the 4K resolution output the chip is capable of.

All this leads me to at least think that perhaps similarly to how Nintendo just added Bluetooth audio support as an OS update, we may potentially see the same happen with 4K and/or HDR output

Additional pictures of the dockboard can be checked out below.

Oh I imagine some tech people are gonna see this thread so have these other closeups of the dock board pic.twitter.com/bE4axhkMqn

The Nintendo Switch OLED dock also comes with an HDMI 2.0 port, which is required for 4K resolution output, and an HDMI cable capable of handling 4K, 60 FPS with HDR, so it looks more and more likely that the Japanese company is finally gearing up to offer a 4K resolution output with its console. When this will happen, however, remains to be seen.

The Nintendo Switch OLED is now available worldwide. Learn more about the console's latest revision by checking out Rosh's review.