Exit the Gungeon, New Game From No Man’s Sky Dev, and More Indies Announced for Switch 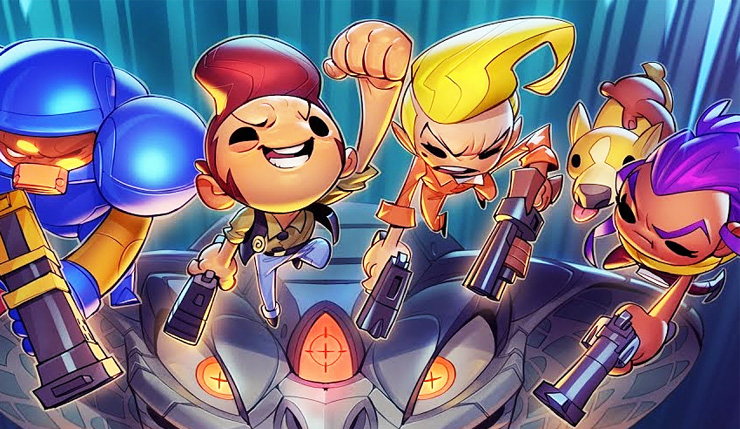 Over the past couple years, the Switch has developed into a go-to destination for indie gaming, and today Nintendo announced a number of promising new titles for the system in their latest Indie World presentation. If you’ve got 20-minutes-or-so to spare, you can check out the full Indie World show, below.

Probably the biggest announcement was Exit the Gungeon, the sequel to 2016’s pixel art bullet hell/roguelike mashup Enter the Gungeon. The game is a timed Nintendo Switch console exclusive (it’s also on Steam) and is available to download… right now! Lock and load!

Scroll on down for a few other interesting indies announced for the Switch. First up, we have The Last Campfire, the emotional Journey-esque action-adventure game from No Man’s Sky developer Hello Games. This was first announced back at The Game Awards in 2018, but now we have a new look at it. The game arrives in summer 2020.

I Am Dead is a new game from Hohokum artist Richard Hogg and Loot Rascals developer Hollow Ponds. This one looks to have a bit of a Majora’s Mask feel, as you play as a ghost who has to save a doomed ocean village. This one arrives in 2020 as a timed Switch exclusive.

Blue Fire from Argentinian dev Robi Studios has a bit of a Prince of Persia flavor, albeit with a much-simplified cartoon art style. This one arrives in summer 2020 as a Switch exclusive.

Cyanide & Happiness: Freakpocalypse is a new Kickstarter-funded adventure game inspired by the popular webcomic. This one arrives in summer 2020 as a timed Switch exclusive.

And that’s just a small taste of some of the indies coming to Switch in 2020! Check out the full Indie World video if you want to get the full picture! What indies do you plan to play on the go this year?