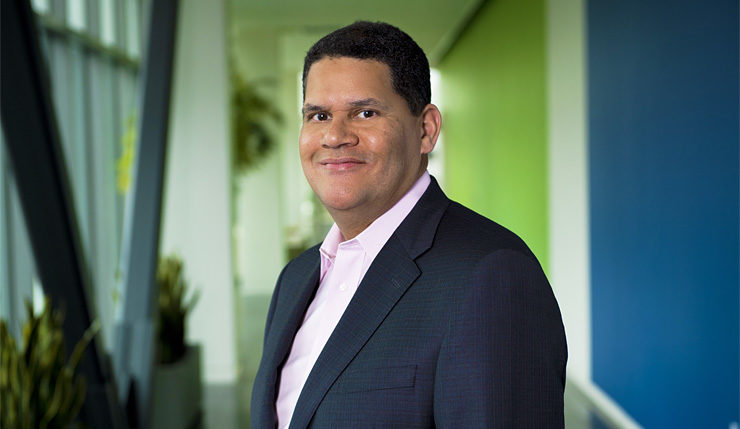 Retailer GameStop has appointed former Nintendo President Reggie Fils-Aimé to the board of directors to help transform the company.

GameStop announced Reggie’s appointment alongside two other independent members through an official press release. According to GameStop’s CEO, George Sherman, the Board refreshment is an opportunity for the company to help transform GameStop for long-term success.

“The Board refreshment and governance enhancements announced today represent an important milestone in GameStop’s transformation as we continue to evolve the Company’s business strategy for long-term success”, GameStop’s CEO said. “We are pleased to welcome Reggie, Bill and J.K. to the Board. They are each highly qualified and bring significant, relevant experience to our turnaround. We look forward to immediately benefitting from their expertise and perspectives as we navigate the evolving gaming and retail environments, execute on our strategic initiatives and prepare the Company to maximize value-creation associated with the next generation of console launches later this year.”

After joining Nintendo in 2003, Fils-Aimé become publically known in the industry following his ever-popular words at E3 2004 - My name is Reggie. I'm about kickin' ass. I'm about taking names, and we're about making games".

After more than 15 years at Nintendo, Reggie announced his departure from the gaming behemoth last year. "The Master Sword stayed behind", he wrote on April 16, 2019. "Ready for the next hero to fight for Wisdom, Courage and Power. Thank you."

Taking to Twitter, the former President of Nintendo of America has now expressed to look forward to being a part of GameStop.

The gaming industry needs a healthy and vibrant @GameStop. I look forward to being a part of @GameStopCorp Board and helping to make this happen. https://t.co/pYWFGZ9XKj

We really hope that Reggie can turn things around at the struggling retailer.

Reggie Fils-Aimé: Nintendo 3DS Is a Gateway to the Switch