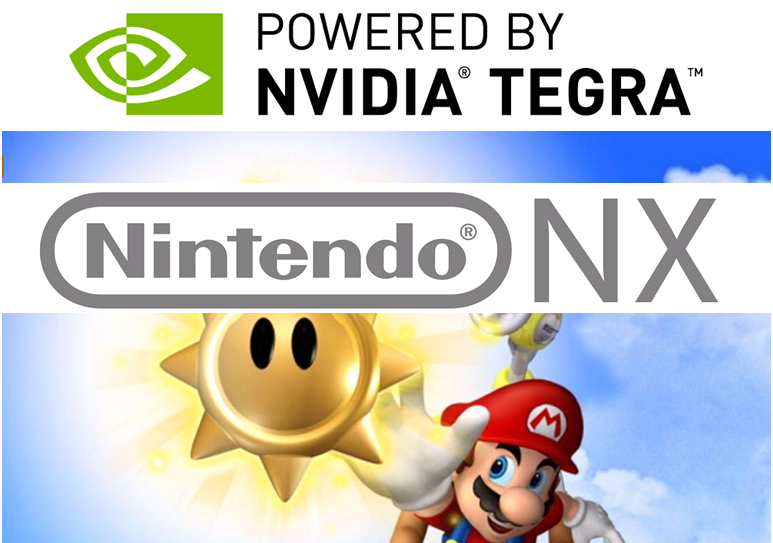 Last week Eurogamer reported that the Nintendo NX is a portable console with detachable controllers. Additionally, Eurogamer claimed the Nintendo’s new console will be powered by NVIDIA’s Tegra mobility chip.

Nintendo has yet to officially unveil the Nintendo NX, and hasn’t confirmed that the NX will indeed be using a NVIDIA Tegra chip. Eurogamer however, took the time to test whether the Tegra chip will be capable of Wii and Gamecube emulation.

Since the NX Nvidia Tegra architecture is very much different from the PowerPC architecture that Nintendo has been using for its last 3 consoles, backwards compatibility with games from these machines is no longer viable.

Pure emulation using Nintendo’s Virtual Console emulation technology is the only option according to Eurogamer, and the early results are “promising”.

The first game tested is one of the best Gamecube games created, Super Mario Sunshine.

However, in terms of showing the raw power of Tegra X1, the results are promising, and Mario Sunshine already runs between 22-30fps all the way through its opening levels. The original's cap at 30fps is enforced through emulation too, but it's worth noting that the use of Android OS in this case causes frame-time issues with this cap (fluctuating between 16.7ms and 50ms). However, outside of the busy Delfino square area, which accounts for its lowest drops, most gameplay sticks closely to that 30fps ceiling.

Next up, we push the boat out on the Tegra X1 with a full 60fps title: Mario Kart Double Dash. In its original GameCube form this rarely misses a beat, while our emulated Tegra X1 test gets us within the region of the original's performance, at around 50fps. It's a gap we could see Nintendo bridge on NX with all the additional advantages it has available in terms of hardware access, but when it comes to 1080p performance, this is where we do see a clear GPU-side bottleneck. In that case we're lucky to hold 30fps, and as gameplay actually slows with the frame-rate, the game is unplayable at full HD.

Next up was The New Super Mario Bros for the Wii:

Despite the technical issues, we did break through with a brace of titles. The first is New Super Mario Bros for Wii., a visually simplistic title overall, but one where single-player gets close to the 60fps line occupied by the original Wii. But with four characters on screen, the game does starts to struggle on the Tegra X1, at around 40 to 50fps across the board. Much like Mario Sunshine though, the resolution really doesn't matter in playback this time - you can have it set at native 480p or 1080p, and it still gives the same ballpark values.

Eurogamer concludes that early results are promising – even without Nintendo’s official interference.

As an early indication it's promising. If the Tegra X1 is this close to playing Wii games at 60fps without any official involvement, there's a case to be made Nintendo can make it work to a higher standard for NX. We had a shot at running the more demanding Mario Kart for Wii as well, but with less favourable 20-40fps returns in that case. Ultimately though, getting any of these titles running on a Shield TV involves lots of trial and error with Dolphin builds, demonstrating the experimental, work-in-progress nature of the emulator.

Of course, any potential 'next-gen' Virtual Console emulator for Wii and GameCube would be built from the ground up by Nintendo itself, more fully exploiting the Tegra hardware, and designed with a far greater understanding of the original consoles. Factoring all that in, we'd say that there's a very good chance that, while the hardware link all the way back to the 2001 GameCube technology might finally have been severed, Nintendo still has the raw horsepower available to bring Wii and GC games to NX.

It would be really interesting to see Gamecube and Wii emulation on the Nintendo NX. Of course this is merely speculation at this point, but we wouldn’t be surprised if Nintendo would indeed use pure emulation to bring older Nintendo titles to the NX.