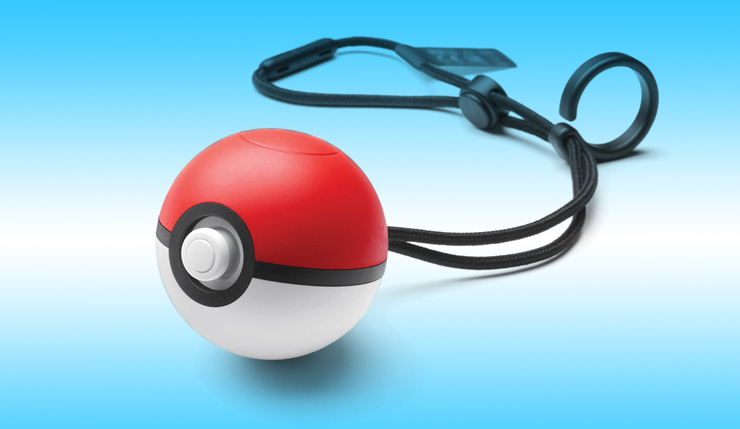 2018 saw the release of Pokemon: Let’s Go Pikachu and Let’s Go Eevee, remakes of the original Pokemon Red and Blue which were playable with a simplified one-button “Poke Ball Plus” accessory. In addition to allowing one-handed play, the Poke Ball Plus was also a pedometer that let you level up your critters by strolling around in the real world. The Poke Ball Plus was a neat little accessory, but it didn’t exactly set the world on fire, and isn’t compatible with this year’s Pokemon Sword and Shield. Well, it seems Nintendo and The Pokemon Company might not be done with the concept.

Nintendo has filed five new Japanese Poke Ball Plus patents, indicating there’s a new version of the accessory in the works, or at least that they plan to continue selling the original version. Unfortunately, the patents don’t provide much information about how the Poke Ball Plus might be changing – here’s how the accessory is described…

Of course, patents don’t guarantee something is actually going to be made and sold, but it seems pretty likely the Poke Ball Plus is returning. I’ll admit, I found the Poke Ball Plus a bit gimmicky when I tried it, but then I’m a cranky old gamer used to gripping a controller with two hands to play games. I imagine kids trained to play games on their phones with just their thumbs might have enjoyed the controller more.

What do you think? Interested in more Pokemon: Let’s Go remakes and the return of the Poke Ball Plus? Or should Nintendo and the Pokemon Company stick to core RPGs like Pokemon Sword and Shield?