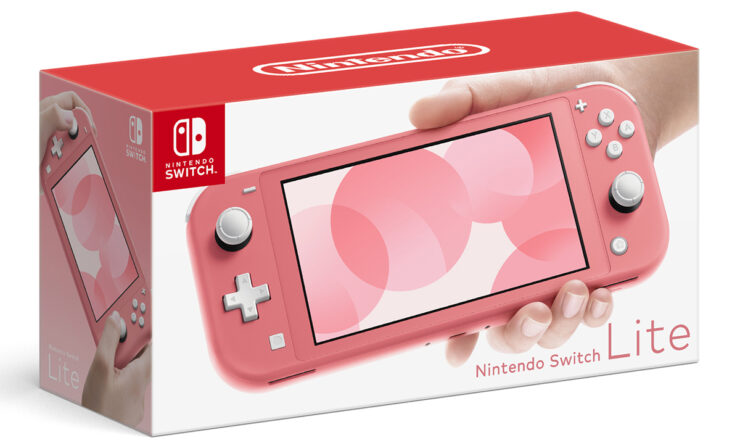 Yesterday, hardware and software developer Nintendo Corporation (OTCMKTS:NTDOY) (OTCMKTS:NTDOF) (TYO:7974) posted results for the fourth quarter of its fiscal year 2020 (FY20). Helped by the global shift indoors, the company posted strong results for the quarter and the year, as it grew gross profit by 28% year-over-year and eked out even more increases through operating income and net profit.

Yet, despite the growth, the company's management cautioned investors about results that await them at the end of Nintendo's current fiscal year (FY21). As per current forecasts, Nintendo's management believes that all major metrics of the company's income statement and Nintendo Switch sales will exhibit significant drops in the year, propelled in part by the Japanese corporation's inability to decide about the Switch handheld gaming console's future.

A research note from GlobalData mirrors released yesterday mirrors this tone by suggesting that a big chunk of Nintendo's gloomy forecast for this fiscal year's Switch shipments is the company's own doing.

While the research note targets Nintendo through its verbal contents, its conclusion that the company has failed to manage its supply chain following the coronavirus has been derived through GlobalData's gaming software thematic screen scorecard; a tool comparing the performance of companies from Apple to Asus and Activision Blizzard through different metrics.

The coronavirus, or the ability to deal with the virus, forms the biggest chunk of this scorecard through a 25% weightage. While none of the 38 companies analyzed by the research firm are able to score a full 'five' on the coronavirus metric, Nintendo is one of the 13 companies lying at the bottom third of today's scores..

The reason behind this rating has been explained by analyst Rupantar Guha, who believes that Nintendo's expectation of shipping 19 million Switch units by the end of the fiscal year 2021 is poor at a time when market demand for similar products is rising. 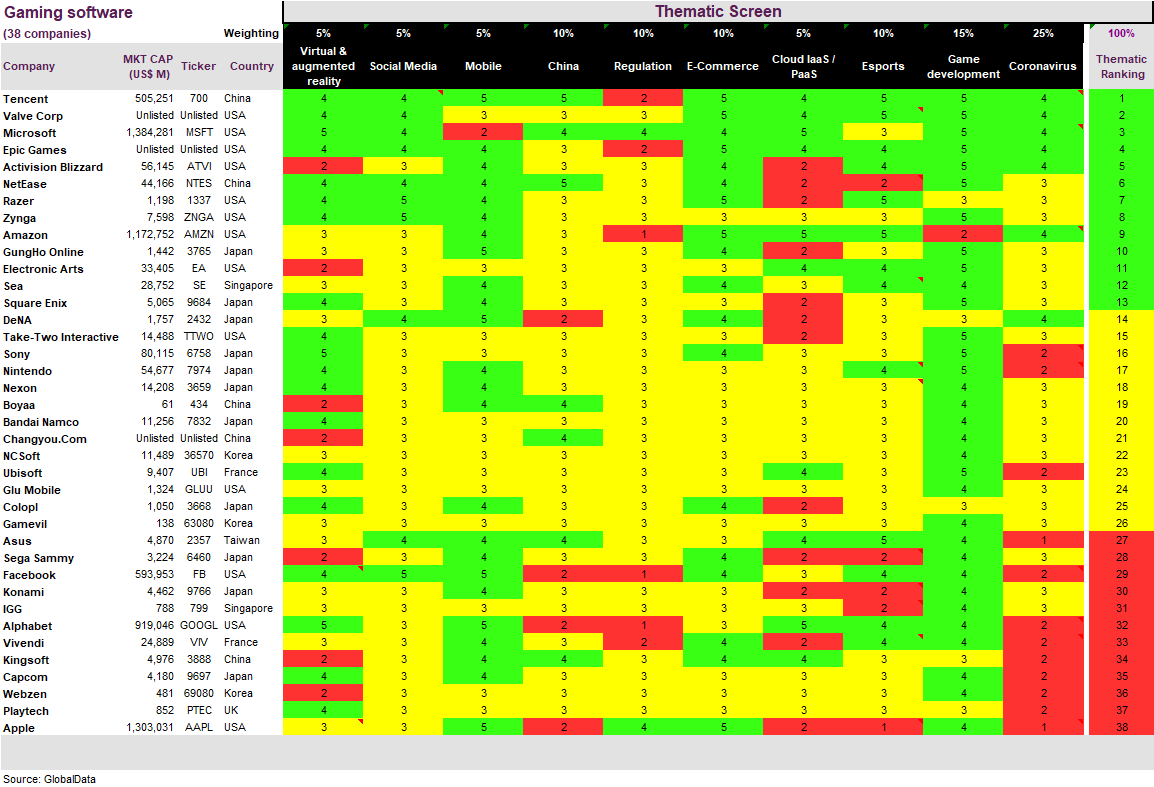 GlobalData's gaming software thematic scorecard ranks thirty-eight companies on different metrics. The biggest chunk of this ranking is given to the coronavirus, visible at the right of the table above. Cupertino tech giant Apple Inc (NASDAQ: AAPL) ranks right at the bottom of the research firm's ranking. (Chart Credit: GlobalData)

The sea of reds at the bottom right of the image above represents those companies that rank the poorest in today's scorecard for their ability to deal with the disruption ushered in by the coronavirus. While Nintendo is not at the bottom, it still does not keep up with other game developers including Activision Blizzard (NASDAQ:ATVI) and Epic. Nintendo also ranks lower than Microsoft (OTCMKTS:MSFT), who is expected to launch the Xbox Series X later this year.

This poor performance is due to Nintendo's shipment halt in Japan, and its inability to source components from non-Chinese manufacturers to its facilities in Japan believes GlobalData. Eagle-eyed readers will observe that another Japanese tech giant, Sony Corporation (NYSE:SNE), also gets a score of 2 in GlobalData's evaluation, and for those folks who are waiting for the PlayStation 5 to hit the shelves, this little bit should enable them in preparing for the console's launch.

However, despite the supply chain constraints, both Nintendo and Sony manage to beat Apple (OTCMKTS:AAPL) in the coronavirus ranking. The Cupertino tech giant is ranked the lowest in GlobalData's survey for its ability to manage operations in the post-COVID-19 era.

Apple had a big 5G iPhone planned for September this year, according to unconfirmed information, and the company's management should be keenly monitoring all developments taking place in global shipping channels to determine if it's to stick with any pre-set launch schedule for the devices.