Nintendo 2DS Announced – Will be Priced at $130

In a surprising news today the Nintendo 2DS was Announced. The Nintendo 2DS is basically a non-3D version of the Nintendo 3DS. It will have almost all of the features of 3DS and play all its games, minus the 3D experience. It is conveniently priced at $129.99 and they have also cut down the price of Wii U to $299.99 .

When shopping for a gaming device, nearly every buyer considers two aspects: One, how much entertainment value will it provide and Two, how much it costs. The Nintendo 2DS is pretty cheap, considering it can play all the games of the 3DS and will retail sometime in October. The price drop of Wii U is also suspicious leading us to believe that Nintendo is adopting a 'price is the problem' approach to bolster their sales.

The Nintendo 2DS will ship with the following:

We believe however that the Nintendo 2DS will fare quite well. A $40 - $70 might not be a big drop for some, but for others it will be a massive drop, allowing the 2DS to target the low-budget market niche. And because of this the Nintendo 2DS sales might just exceed that of the 3DS too. The Nintendo  3DS was basically a novelty item. With a 3D screen and only mediocre graphics it too targeted a niche of enthusiasts but unlike the Nintendo 2DS did not offer good value for some. As Pachter quotes:

The 2DS is a great idea, should boost sales meaningfully. I think a lot of people don't care about the 3D feature, this gives them a choice

However that being said, the first thing that came to my mind while viewing the Nintendo 2DS was how hideous it was. To be fair what seems ugly to us might seem the most beautiful thing in the world to some. The 2DS is apparently constructed of relatively cheap plastic. This might deter potential buyers but we doubt it.

Perhaps the most perturbing thing about the 2DS is its design. With a dual screen device the fold in the middle has become part of widely accepted aesthetics. Without the fold, Nintendo is taking quite a risk as it can even disturb gameplay with its changed feel. Imagine a laptop that does not have a fold <shudders>.

Needless to Say the Nintendo 2DS is a shot in the dark but one we expect to hit its target. It will ship sometime in October. 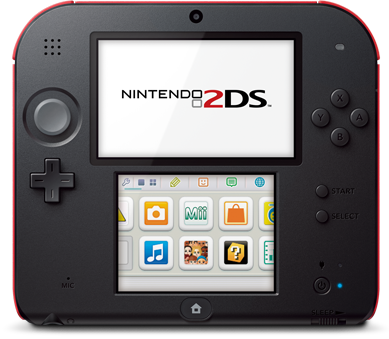