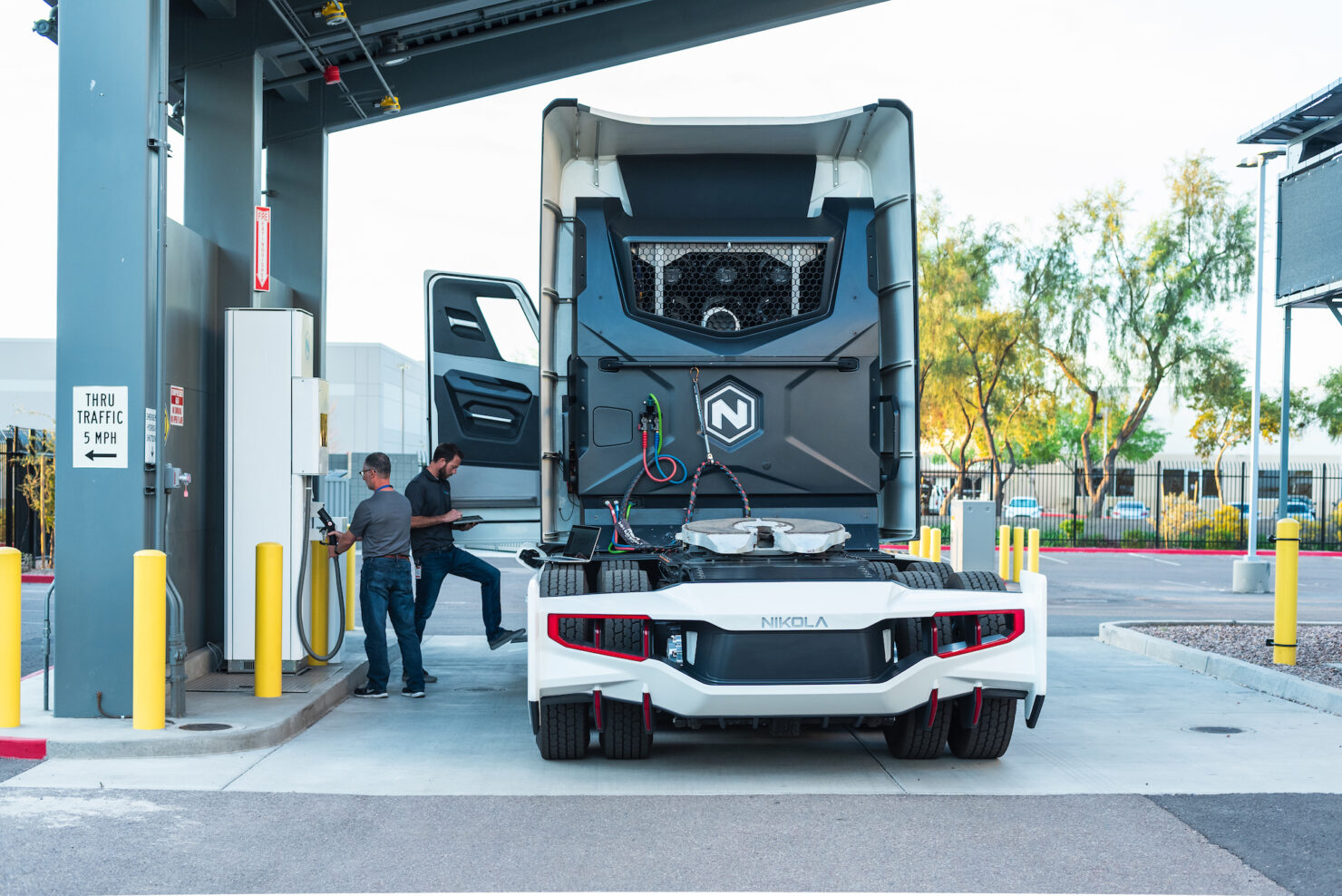 Hybrid truck designer Nikola Corporation (NASDAQ:NKLA) is the talk of Wall Street these days as investors continue. to respond to the company's announcements made on social media channels. Nikola kicked off the reservations for its Badger truck at the close of last month and within days the company's chief executive officer Mr. Trevor Milton announced that all reservation packages put by the company up for sale had been sold out.

Counterintuitively, this caused Nikola's share price to drop on the open market as Mr. Milton failed to reveal the number of reservations that Nikola had sold. The drop came at odds with the strong performance of the stock which had seen new highs in June – despite Nikola not having a fully functional product available on the market for sale.

Now, following these share price movements, S3 Partners, LLC is out with some fresh short interest data for the company. These figures show that the short interest of Nikola's shares initially matched its share price rise but then failed to drop as the shares lost some of their value on the open market.

Nikola Short Interest Diverges From Share Price Movements – Investors Playing Cautious, Expecting More Drops Or Is It Something Else?

In early June, as Nikola's share price touched record high levels and crossed $70/share, the stock's short interest also peaked and stood at roughly seven million shares. At the time, the 7.48 million shorted Nikola shares represented roughly 2.42% of the company's shares floating in the open market for trading, and indicating investor pessimism, borrowing fee for these shares jumped to a staggering 117%.

The data also revealed that the short interest had jumped by 124% in a matter of weeks, as short-sellers anticipated the market to catch up with the reality that Nikola is yet to introduce a product to the market and therefore turn a profit. Now, fresh data from S3 Partners reveals that the meteoric rise in the short interest described above was just the start of the journey, as investors continued to exhibit their pessimism for Nikola's stock. 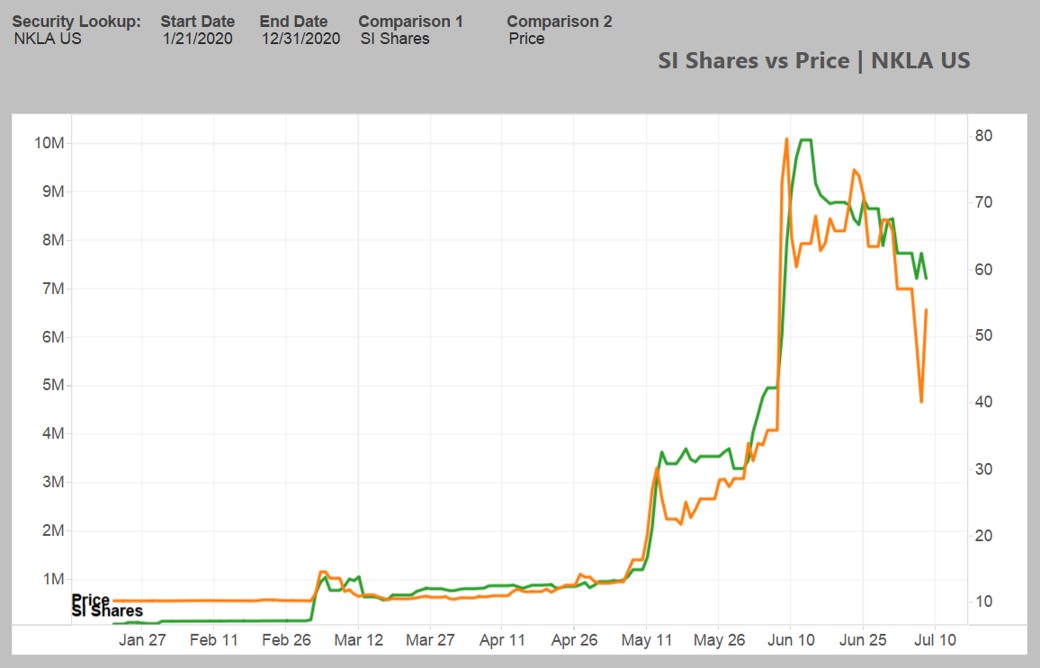 The data shows that in the second week of June, Nikola's short interest jumped to a record high of 10 million shares, with the rise coming at a time when the company's share price started to drop. Since then, the shorted shares dropped rather uniformly as opposed to the share price which exhibited some volatility in the form of small peaks and deep troughs.

Then, even as the share price dropped earlier this week, the shorted shares neither rose nor fell by a similar margin, indicating that the checks in place to ensure that excessive shorting does not take place and some semblance of caution among investors wary of a sharp price recovery were both coming into play.

More importantly, Nikola shorts have lost $307 million year-to-date and lost $20 million yesterday as the share price gained 5.03% on Thursday over Wednesday's closing price. Narrowing down the data to reflect changes at the tail-end of this week shows some inverse correlation between Nikola short interest and share price movement – indicating rational behavior from investors.

The high borrowing costs also make it difficult for short sellers to make a profit on their trades, as they will have to count on either successive low-level price drops, or a handful of major swings to ensure that the difference in the price of their shares borrowed and the final price of Nikola shares exceeds the costs of borrowing.