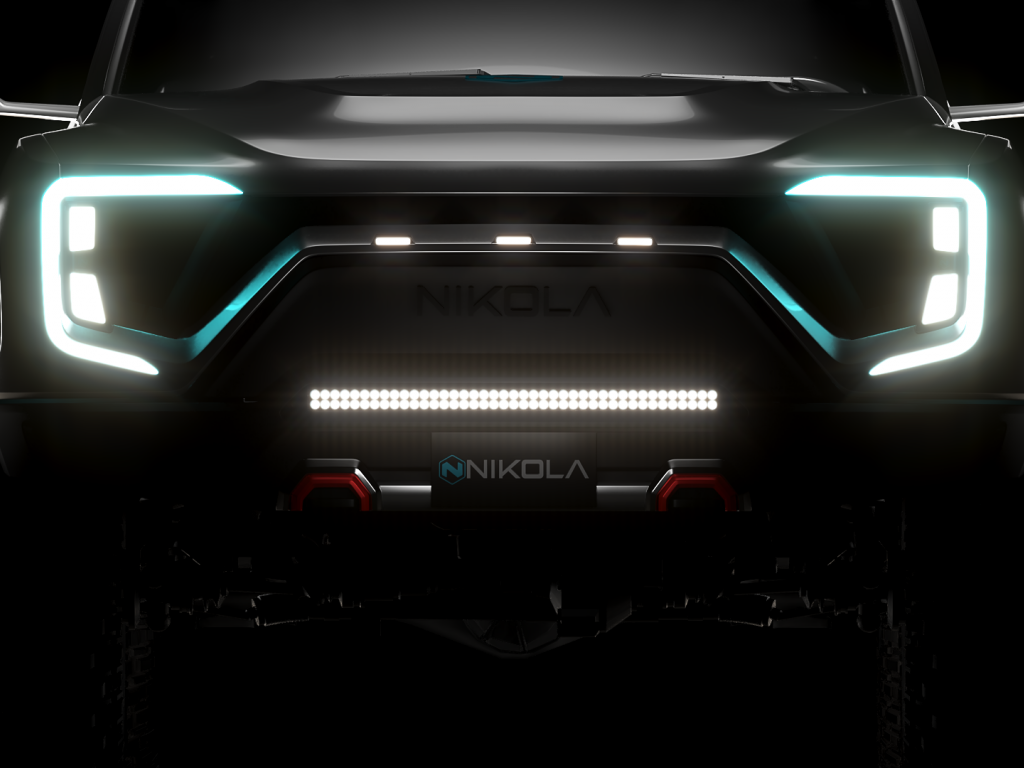 Nikola Corporation (NASDAQ:NKLA), the pre-revenue company championing EVs powered by batteries as well as hydrogen fuel cells, has left an indelible mark on the equity landscape of 2020. Inarguably, it was Nikola’s meteoric rise following the stock’s debut on the NASDAQ index that helped popularize the SPAC model of listing. Now, it seems that the bulls have prevailed, at least in the short-term.

As per the tabulation by the research firm Fintel, Nikola’s short volume ratio – the total number of short shares traded divided by the total shares traded each day – has collapsed to 14.51, an all-time low reading!

The chart below illustrates the movement of this metric over time: 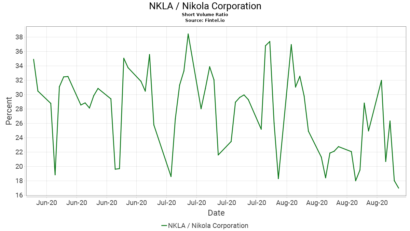 The following table, sourced from Fintel, gives a much more granular information regarding this metric: 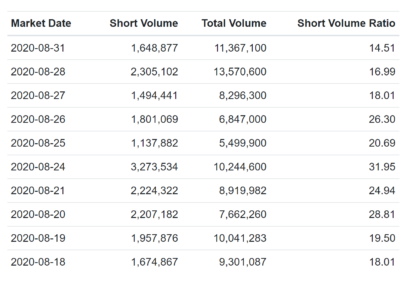 Ever since creating a recent low of $29.06 on the 30th of July, Nikola shares have staged a modest comeback, closing at $40.81 on the 31st of August. Year to date, the stock is up around 290 percent, based on the current stock price of $40.22, as of 11:32 a.m. EDT. Nonetheless, at its peak on the 9th of June, Nikola shares had closed at $79.73. That spectacular rally in early June ended, however, amid the specter of a liquidation avalanche pertaining to warrants (NKLAW) held by the company’s PIPE investors.

An important factor that has boosted the sentiment in Nikola shares, allowing the stock to stage a comeback, was the seminal announcement by the company on the 10th of August that detailed its contract with Republic Services for delivering 2,500 electric trucks. According to the details revealed by Mr. Milton, the contract is worth an estimated $1 billion to $2 billion, depending on the final order volume. Moreover, Republic Service’s electric trucks will utilize the same powertrain as that currently being employed for Nikola Tre, thereby, producing significant cost savings.

Additionally, Nikola revealed actual shots of the Badger electric pickup truck’s components on the 24th of August. As per the tweet by Trevor Milton, the Executive Chairman of Nikola Corporation, the company is slated to unveil frame, batteries, and e-axle shots on the 21st of September:

Moreover, Nikola is widely expected to announce an OEM partner for the Badger’s production before the end of 2020, with a formal launch expected by 2022 or earlier. The company demanded a cash deposit of at least $250 – extending up to $5,000 for the Honey reservation package – when it opened pre-orders for the Badger electric pickup truck on the 29th of June. On the 2nd of July, Nikola revealed that it had recorded 1,000 reservations through the $5,000 Honey package, translating to $5 million in deposits. Mr. Milton, also tweeted that the company was “tracking about 1,500 deposits per day without showing badger or 200MM future revenue/day”. According to these details, Nikola garnered less than 5,000 Badger reservations in the immediate aftermath of opening pre-orders.

While the Nikola stock’s short volume ratio collapse is an encouraging development, investors should bear in mind that it has also extinguished, for now, a vital source of explosive upward momentum. As an illustration, a short squeeze occurs when holders of a short position in a particular stock exceed their pain threshold. This forces closure of the short position by buying back shares that were previously sold on borrowed margin, thereby, unleashing a relentless buying pressure. Additionally, investors should also remember that the short volume ratio metric is quite volatile. Consequently, any investment decision, if merited, should be postponed until a sustained low reading is observed.