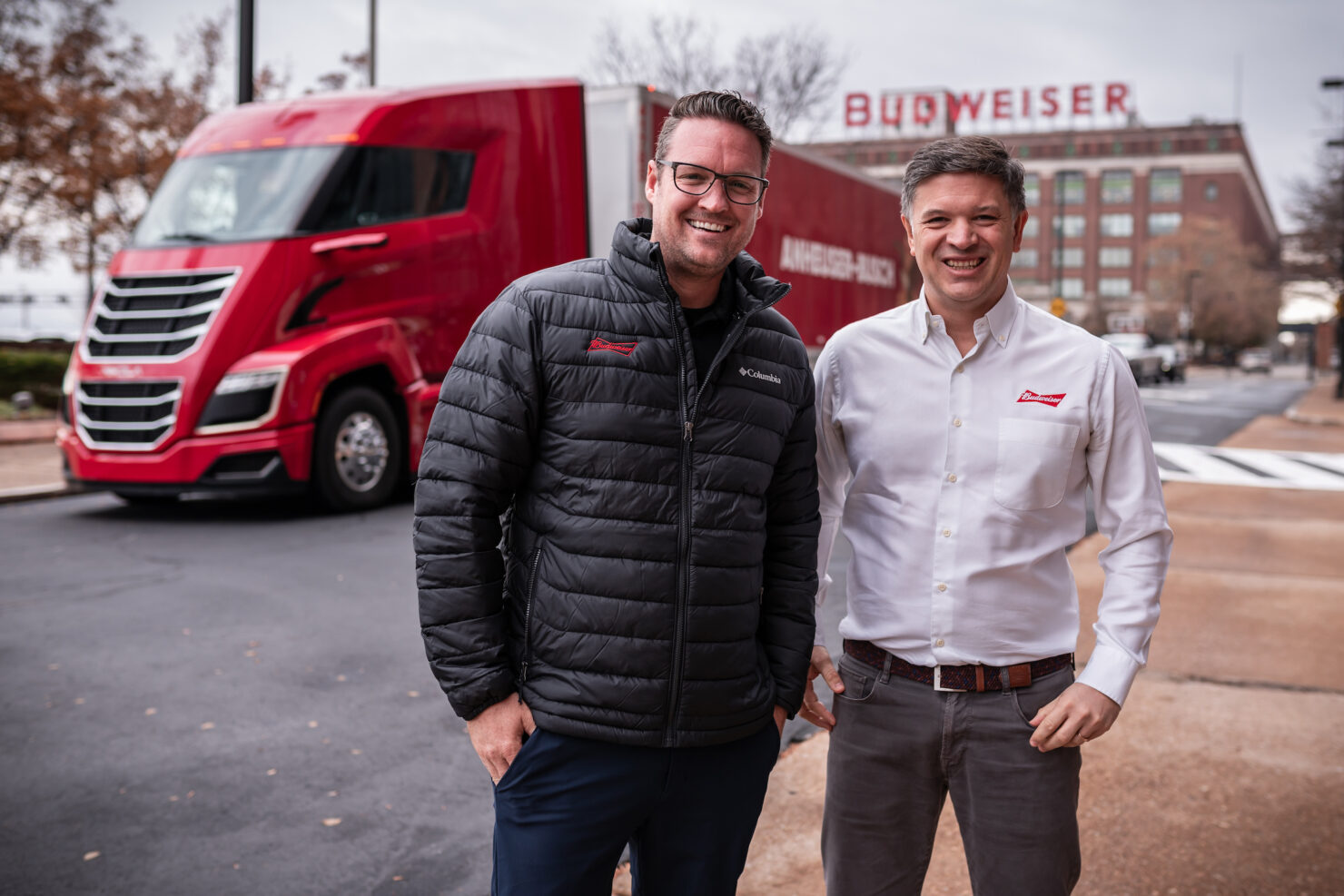 Electric vehicle designer Nikola Corporation (NASDAQ:NKLA) is one of the newer entrants in the market that intends to replace vehicles utilizing internal combustion engines with those that use power from batteries – or as is the case with Nikola's products – from a combination of batteries and hydrogen.

Since Nikola is a publicly-traded company that is yet to debut a product on the market, the company's critics have doubted the meteoric rise that its shares often manage to demonstrate on a good day of trading. Nikola's founder Mr. Trevor Milton himself has come under fire from critics as well, and to address their criticism and clear the air regarding one of his company's products, the founder took to YouTube to show off a prototype of the Nikola Two.

Following his briefing, we've made a list of the top five key takeaways from Mr. Milton's demonstration that you need to know about. They cover critical aspects of the Nikola Two's design, its power systems and other features for driver and passenger comfort and safety. 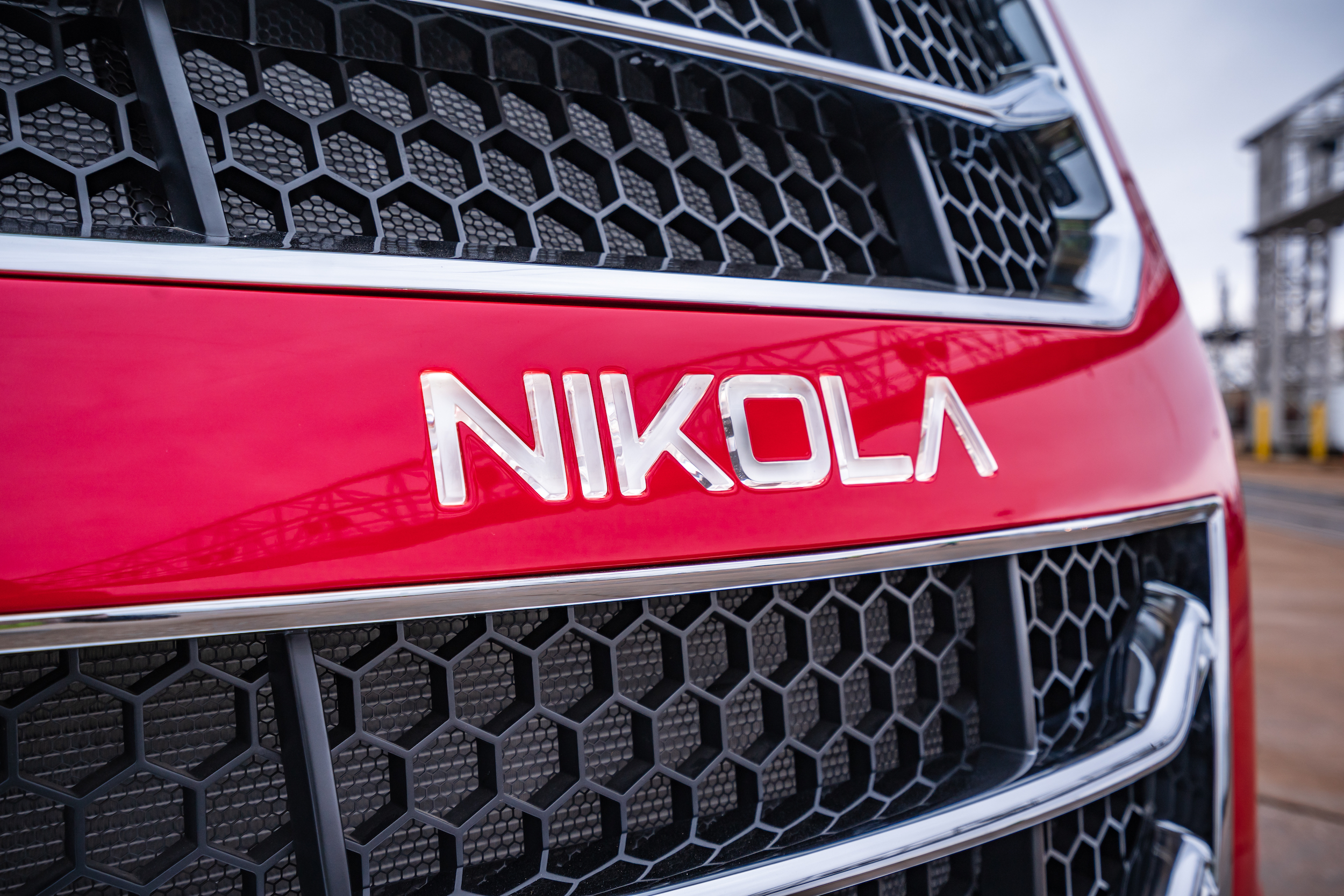 Starting off with the most crucial component of the Nikola Two i.e. its power assembly, Mr. Milton revealed key details about the truck. Keep in mind that the vehicle that he discussed is an older version of the Nikola Two and therefore some of the specifications that we will cover today will likely have been upgraded in future products.

That being said, the Nikola Two features electric motors on every wheel, with each motor being capable of generating 500hp of horsepower for a total of 2,000hp. In between the frame rail of the wheels, gear reduction allows the power output to directly reach a half-shaft, which in turn transfers this energy directly to the tire.

Additionally, the Nikola Two is capable of using its battery and hydrogen suppliers together when needed. One use case where the two are combined is when the truck is going uphill. In such a scenario, the battery acts as a buffer for regenerative breaking and for providing increased power and torque. To aid the vehicle in its operation, algorithms written by Nikola determine the nature of the hilly terrain and work in tandem with the Nikola Two's physical components.

The truck also features 14:1 torque reduction with four inverters per motor (remember, the Nikola Two has one motor per wheel for a total of four motors) that allow for independently controlling the torque of each wheel. Its design allows the Two to control the torque without the need to put on a chain, and the vehicle is also able to function with 500hp of horsepower in the odd scenario that three of its four motors stop functioning.

DC-to-DC converters present onboard allow the semi to convert power output from 800V to a range of other, lower options such as 110V, and fuses present allow the driver or technician to monitor the vehicle's status to isolate faulty areas. 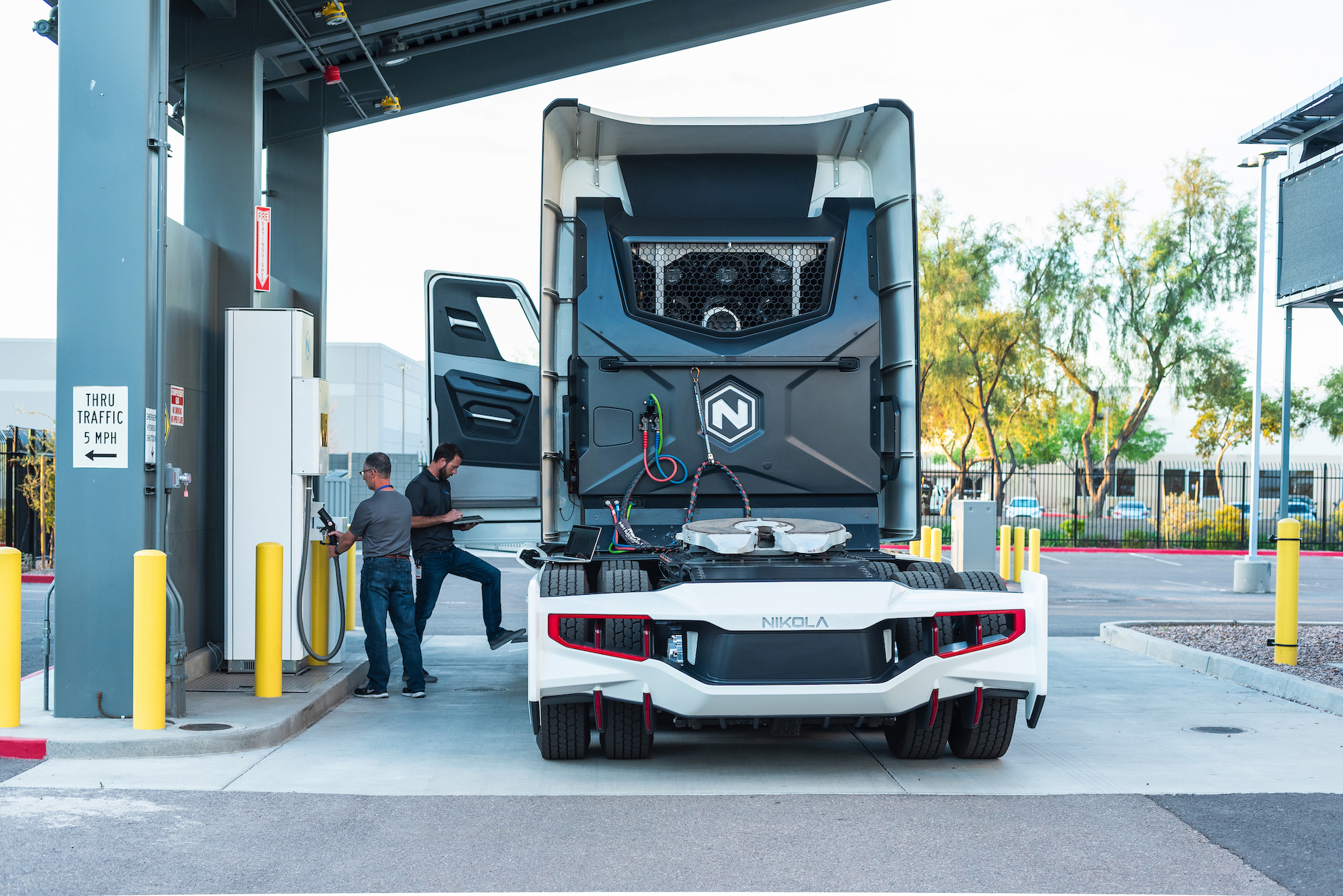 Moving forward from the Nikola Two's power generation to its energy storage, Mr. Milton revealed in the demonstration that the truck features nine hydrogen tanks each weighing roughly 7kg, two 800V DC 125KWh batteries and 800V fuel cells. The hydrogen tanks are divided into threes, with three located at each side of the vehicle and three located in the center. These tanks are the safest part of the Nikola Two in case of a rollover, revealed the company's founder, and they are capable of withstanding the impact from a high power rifle bullet fired at them.

Additionally, the vehicle is capable of detecting an impending impact and sensing the direction and orientation post rollover and adapting the fuel purge to suit these metrics. For instance, if a Nikola Two is upside down following a collision, then the hydrogen fuel will not be purged from the top of the truck, which will be facing the ground in such an event. The algorithms onboard allow the truck to start its fuel purge before impact and the batteries onboard are fireproof as well and their life is aided by its fuel cells which run from the DC-to-DC system to provide the vehicle's wheels with power.

Finally, the radiators at the front of the truck are used for cooling the batteries, offsetting the heat for its air conditioning and cooling the fluid going inside the electric motors, the DC-to-DC system and the inverters. The radiators are excessively built, meaning that the truck is capable of functioning with half of the radiators that are onboard. 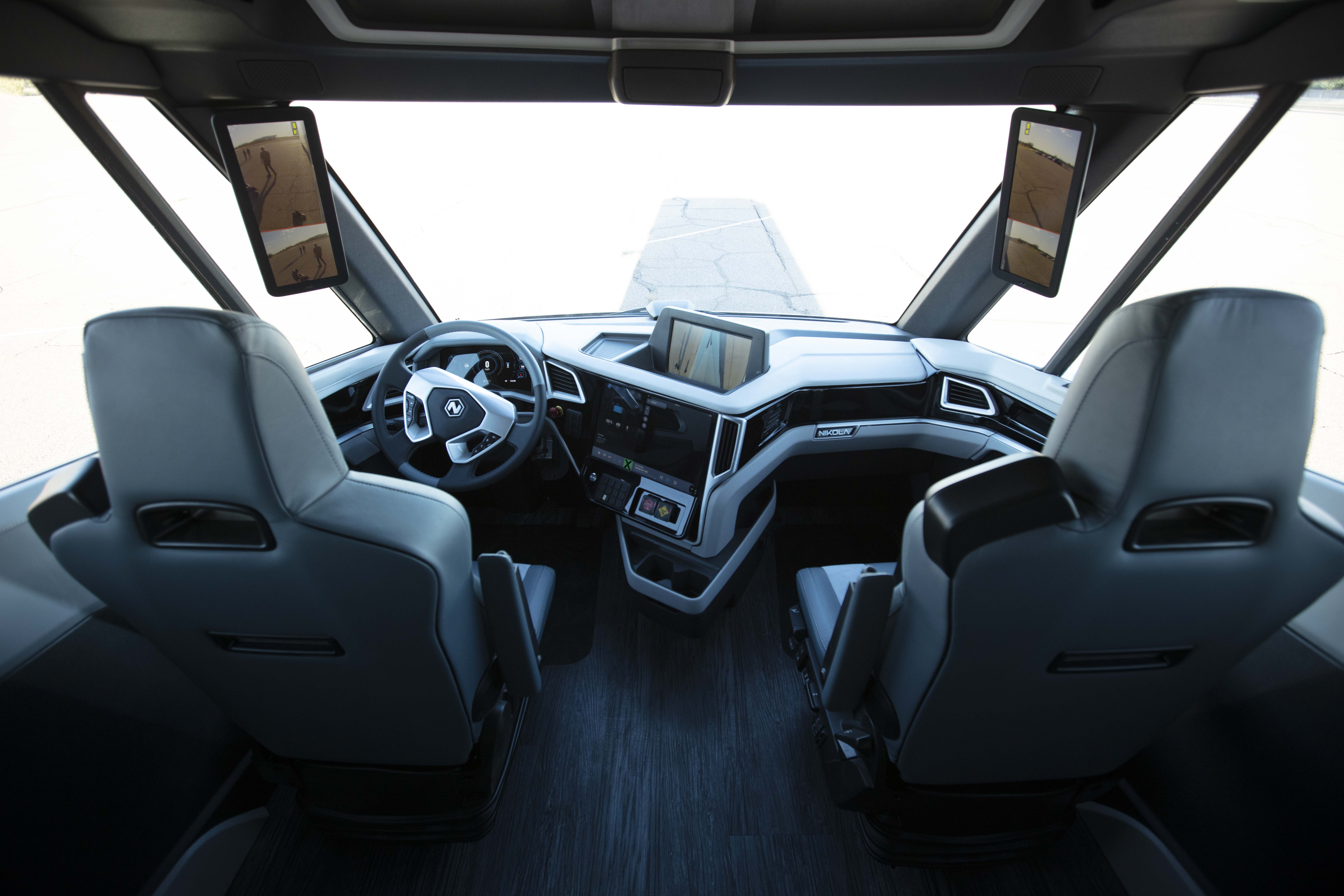 Shifting our focus to the inside of the Nikola Two, the vehicle has been designed after accounting for male and female concerns about a truck's interior. As per Nikola, the vehicle's seat has air suspension that raises it up and the on-screen dash is much more than a simple screen with icons on it.

This screen, which runs software proprietary to the company allows for a 360-degree view of the truck's exterior through ultrasonic cameras and lidar+radar sensors. The feature has been added after consulting women – who rated security as a must-have feature in a truck, and the external view is designed to allay driver anxiety for a potential ambush in which individuals hiding outside of a vehicle wait for the driver to disembark before conducting their nefarious activities.

The Nikola Two's infotainment system also features several unique features that the company's founder is certain will be adopted by its competitors. For instance, this system determines when a driver is due for a pit stop and then proceeds to reserve a pre-assigned parking spot. It also allows the driver to order food, and it features a built-in diagnostic system that analyzes the vehicle while running in the background and ends up alerting Nikola customer service even before the driver knows if anything is wrong with their vehicle. 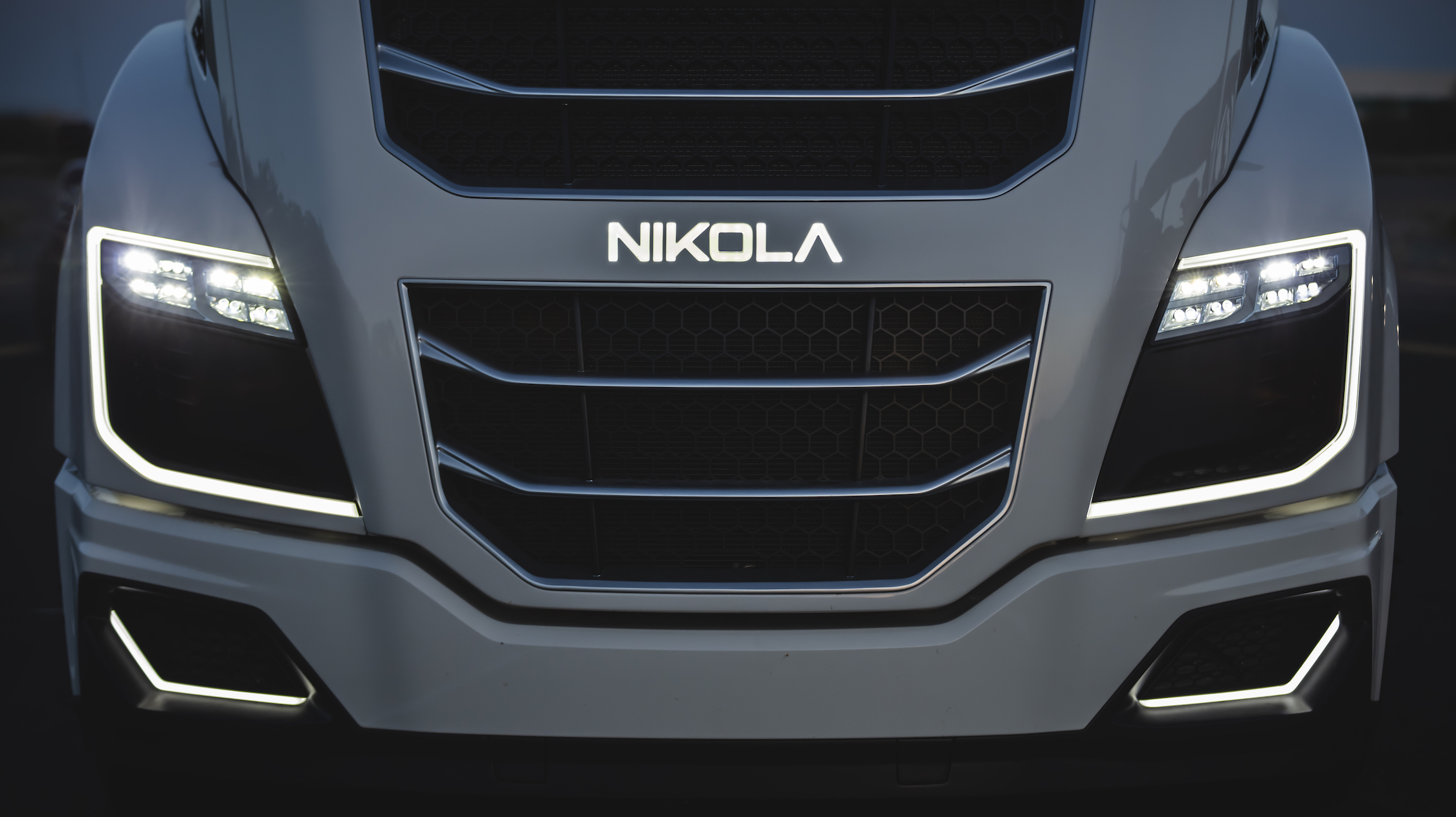 The radiators of a Nikola Two is located at its front. (Image Credit: Nikola Corporation)

The batteries of a Nikola Two utilize what is termed 'Dielectric fluid submersion' in which they are immersed in a fluid to heat or cool them and to prevent thermal propagation. Nikola's executive chairman also clarified that the company buys its cells from an external supplier, that it does not intend to manufacture its own cells in the future and that it also plans to license its cell technology to other companies. Within a battery, Nikola manufactures everything except the cell, and for the truck's motors, the company uses Bosch's rotor and stators.

The Nikola Two uses 21mm by 70mm batteries and the company designs the truck's axles, gears, gear reduction, thermal components, cooling components and inverters in-house. Mr. Milton also highlighted a key advantage of a Nikola vehicle which comes in the form of a similar architecture for the truck's controllers such as those for its battery, motors and infotainment system. All chips for these systems are on the same boot-loader, clarified the executive, which allows for fast updates. Finally, all software controls onboard the Nikola Two have been designed in-house by the company.

Finally, when elaborating on the costs of the vehicle, the executive clarified that the costs of hydrogen, service, maintenance and warranty are included in the pay-per-mile package that is offered to users. It's also possible for the units of this amount to fall below one dollar revealed Mr. Milton - depending on the number of miles driven in a year.

He also stated that Nikola will announce its service centers soon, that the company intends to break ground on its manufacturing facility in Arizona later this month and that customers can lease the Nikola Two but not buy it outright. Ownership will be possible for tax purposes, and the trucks will feature autopilot as well. This will be based on a gateway designed by Nikola that monitors the software's operation for potential errors – but the autopilot itself will be from a third party due to security concerns. Nikola also plans to put up 700 charging stations and allow for battery maintenance at them.

The Nikola Two will be on roads by the end of 2021, and the costs of running it are 20% to 30% lesser than running a diesel truck. At noon today, the company's shares are slightly down over yesterday's close and are yet to recover from the crash that took place earlier this month on the 7th.