Nights of Azure 2: Bride of the New Moon New Trailer Showcases Characters And Plenty Of Action 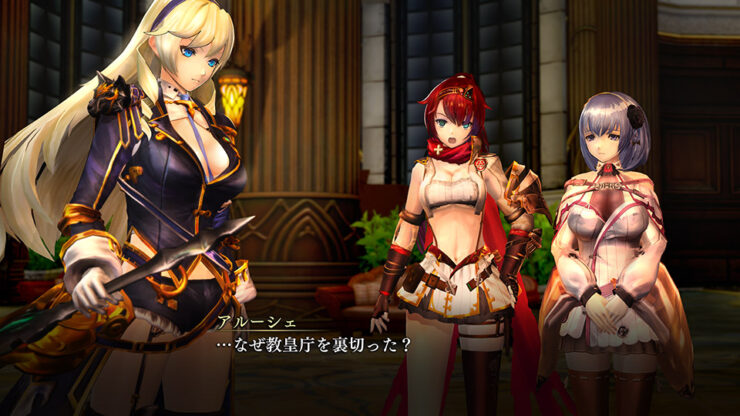 Nights of Azure 2: Bride of the New Moon, the new entry in the series developed by Gust coming to PC, PlayStation 4 and Nintendo Switch later this year, recently received a brand new trailer.

The new trailer, which can be watched below, focuses on the game's main characters, Aluche and Ruenheid. The trailer also showcases the game's battle system which will come with several improvements over the previous game's one.

Those who pre-order Nights of Azure 2: Bridge of the New Moon on either Nintendo Switch or Playstation 4 via participating retailers will receive a special pack of content that includes three Servans as well as a special costume for Aluche. Players who purchase the game digitally via the PlayStation™Network within the first four weeks following launch will receive an exclusive Custom Theme as well as the bonus DLC provided by retailers!

Nights of Azure 2: Bride of the New Moon launches on October 24th on PC, PlayStation 4 and Nintendo Switch.