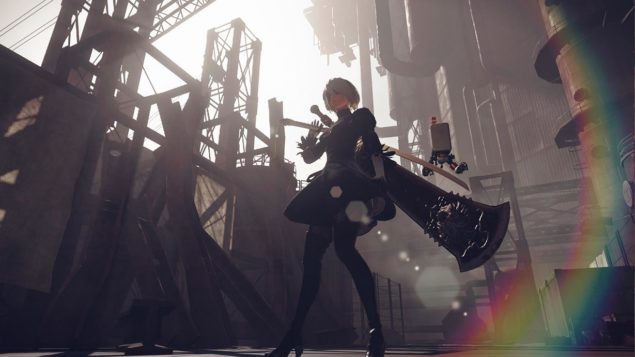 Square Enix updated the official NieR: Automata website today, adding plenty of new screenshots which showcase characters 2B, 9S and A2, first introduced earlier this week at an event in Tokyo (where new gameplay footage was also shared).

NieR: Automata is being developed by Platinum Games as a PlayStation 4 exclusive, after the Japanese team released Bayonetta 2 as a WiiU exclusive and announced Scalebound as an Xbox One exclusive. The game will be an action RPG set in the world of Nier (a spin-off of the Drakengard series), with the goal to maintain the spirit of the first game while improving the action gameplay.

NieR: Automata is set during the Machine Wars, where mankind suffers the assault of an alien race; both sides of the conflict use machines to fight the war, with mankind sending an android elite force to try and regain control of Earth.

The main protagonist is YoRHa No. 2 Model B, or 2B. However, it will be possible to control multiple characters over the course of the story; the action will be focused on melee weapons, but shooting will be present in some form. The developers also confirmed that the customary weapon stories of the Drakengard/Nier universe will be featured as well.