The original Nier wasn't exactly a commercial hit, but it still managed to gather its own loyal following, thanks to some rather unique gameplay features. The game's sequel, titled Nier Automata, promises to be even better than its predecessor, as the game is being developed in collaboration with Platinum Games, the team behind many excellent action games such as the two Bayonetta games, Metal Gear Rising Revengeance and a few others. If you've been aching to see more of the game in action, you'll be happy to know that more footage has recently come in. 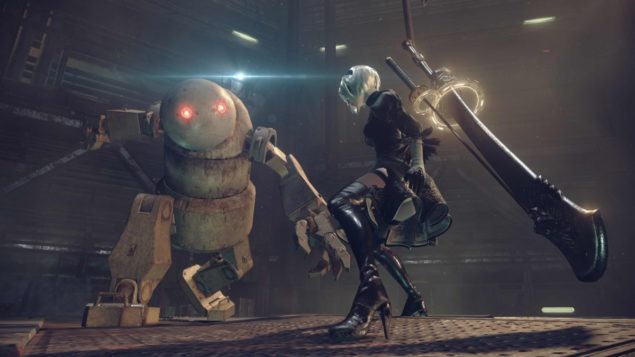 The new Nier Automata gameplay footage has been shown during a special Nier concert- Needless to say, the game already looks quite good, with the typical Platinum Games action experience mixed in with some of Nier's more unique features, such as bullet hell like sequences and more. You can check out the footage right below.

Additionally, new Nier Automata characters have been revealed during the new event. The characters voice actors were also present for their introductions, and you can check out footage from the reveal below.

Even though the game is being developed by Platinum Games, Nier Automata is going to retain role playing games elements from its predecessor as well as the mixture of gameplay styles from the original Nier. Another recurring element from Nier and the Drakengard series, Weapon Stories, will also be in.

Nier Automata will launch sometime this year on PlayStation 4 in all regions. More on the game is surely going to come in soon, so stay tuned for all the latest news in this quite interesting action role playing game.