We already know that the new NFS is being developed by Criterion but the name of the game has just been revealed. The new game which is revealed at E3 over at GTTV, At EA's booth which was decorated which was decorateed with a large frame showing the new game title and logo. The latest NFS will be named Need For Speed "Hot Pursuit" or "Hot Pursuit Race" as shown in the picture below. 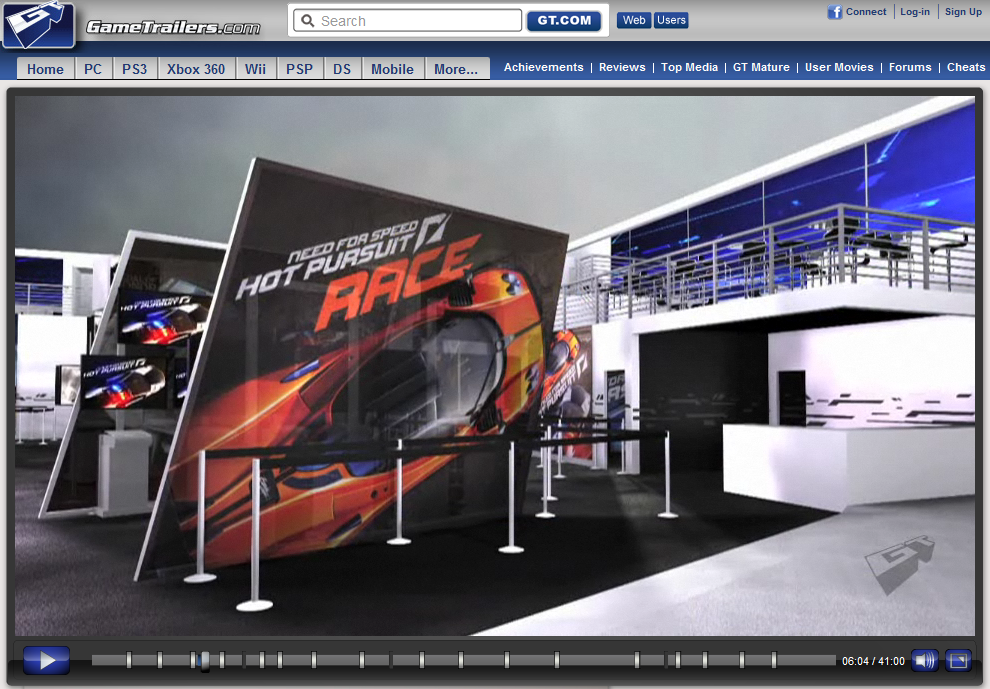