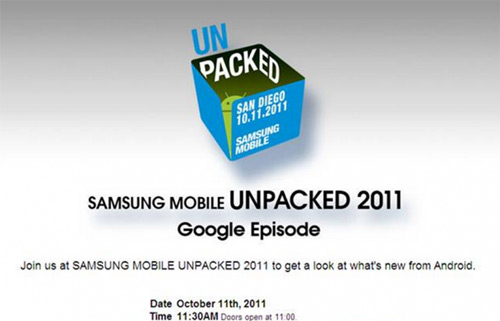 Google's next phone, aka the Nexus Prime was previously rumored to release sometime in October. However now we have something more concrete than 'sometime'. Samsung has begun sending out invites for its Unpacked event which is scheduled to be held on October 11. What makes this event special is the presence of a special guest, Google. The focus of the event will primarily be on Android. There really isn't much to say after this, except that this is the date we will most certainly see the unveiling of Google's new OS, Ice Cream Sandwich and their new phone Nexus Prime which is built by Samsung. The event will be held in CTIA.

And incase you missed it, what looks like a legitimate footage of Ice Cream Sandwich was leaked today running on a Nexus S. Interesting coincidence that both the video and the Unpacked date were unveiled on the same day.