Google's Nexus 6 is almost a go now, with new information surfacing almost everyday about the device. What started as a simple codename being spotted in Google's issue tracker database, has now transformed into a complete device which saw it's pictures leaked for the first time a couple of days back. This leak of information was further boosted by rumors that the device might be coming to Verizon.

For a complete compilation of Nexus 6 rumors, leaks and expected specifications, click here. The Nexus 6 is expected to come with a Snapdragon 805 on board with a QHD Display and a screen size of 5.9 inches, making it the largest Nexus smartphone so far. Today's news relates to the performance of the device rather than it's numbers and images, since we have Nexus 6 benchmarks on GeekBench with us for the first time.

Benchmarks of the Nexus 6 put the deice on the very top of the smartphone chain, topping the likes of LG's G3, Samsung's Galaxy S5 and HTC's One M8. The phone only lags behind in Single Core results, in which the iPhone 6 and even the iPhone 5S manage to top out the Nexus 6. The device however manages to snatch the lead in multi-core results, as seen below.

The lead that Motorola Shamu or the Nexus 6 has in multi-core is pretty impressive. The device puts both the iPhones and Samsung's Galaxy S5 far behind in the scores. The QHD LG G3 is also shoved further to the bottom of the pecking order. 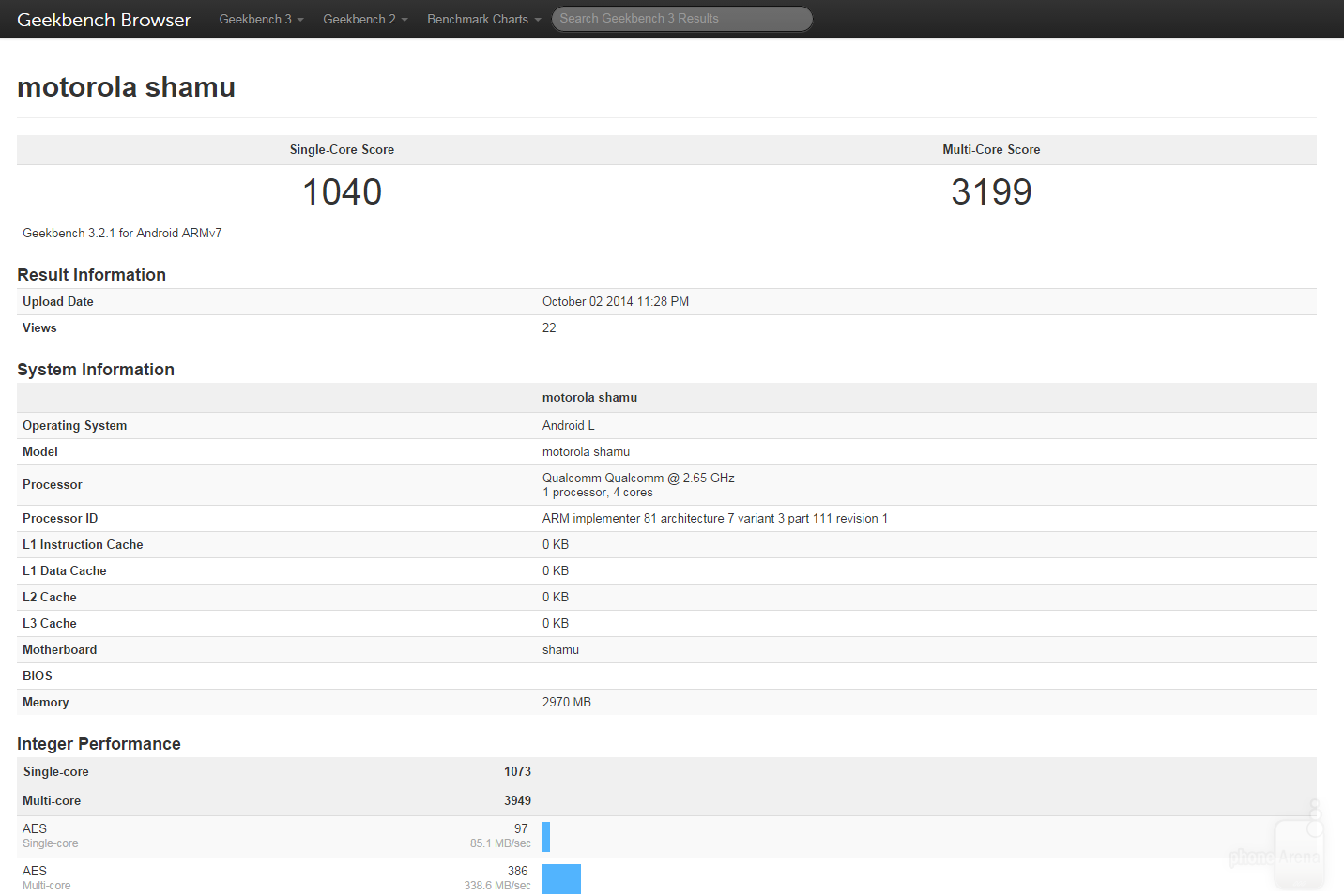 Nexus 6, as expected comes running on Android L with the Snapdragon 805 on board. The 805 does not fail to shine and makes the Nexus 6 perform solidly in GeekBench indeed.

So take a look at Nexus 6's performance specifications in details and let us know what you think in the comments section. The device looks to be a solid offering to us so far.