Featuring 5.9-inch Quad HD AMOLED display, Google's Nexus 6 arrived this year powered by the Qualcomm's 2.7 GHz Snapdragon 805 processor. Created by Motorola, Nexus 6 was built to be the first to showcase the wonders of Android 5.0 Lollipop. Phablet flaunted 2,560 x 1,440 resolution screen and was given an Adreno 420 GPU that offered up to 40% increased GPU performance over its predecessor. This beautiful device has recently gone through the traditional custom of a thorough teardown and evidently come out as a winner. 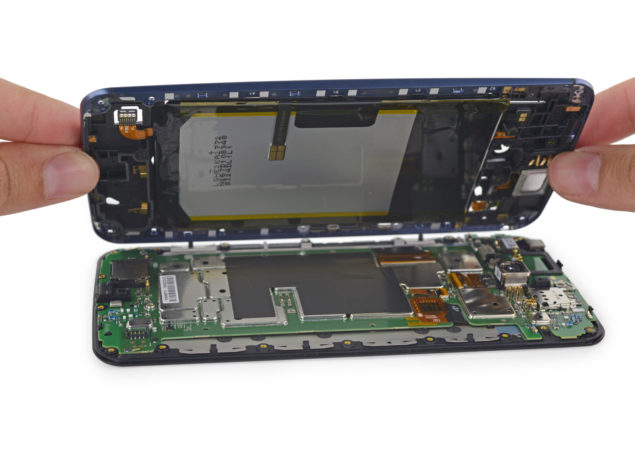 Motorola packed all the high end specs in this latest Nexus device. Top processor of the year, premium GPU, high-res screen and a 13-megapixel camera with dual-LED flash and OIS were successful in keeping the device at the top of phablets. iFixit has dismembered this device to the last bit and has found out that the seemingly beastly phablet is apparently very easy to repair. iFixit reports that thanks to the usage of only a single kind of screw (albeit uncommon) and very less adhesives when compared to other devices, Google Nexus 6 is quite easy to repair relative to other smartphones.

- Thanks to loads of screws, we don't have to deal with any adhesive, or even any tricky plastic clips.

- The digitizer is fused to the display, increasing repair costs for a cracked screen, but it is easy to get to the bare display assembly.