This is neat, not really a flaw but a built in feature in Nexus One where when running a voice based search (Maps, Phone book, etc) any word which the phone's application deems sounds like a cuss word comes on the screen as ###.

Google, which has recently been outraged with China, has made this feature in the phone not to make the world a safer place nor they were inspired by the Chinese authorities but the reason given is that at times the built-in voice to text feature may mistakenly recognize a word as a cuss word and show up profanity in search results. In order to curtail this error, the results which the phone interprets as cuss word will be displayed has hashes (####). 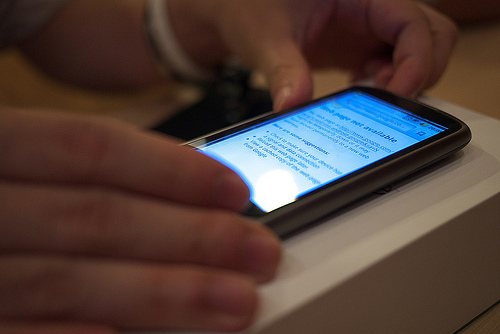 A very neat feature indeed but then again, it is still in its infancy state therefore accents and languages will make a difference.

I am sure that after reading this, all those who have now have Nexus One in their hands will give it a try at least once to put the feature to test. Some might even start searching the web for possible bypassing the feature entirely. All I can say is, Good Luck!

YouTube’s New Experimental Feature Lets You Zoom In On Videos