Microsoft is set to officially launch Windows 10 on July 29. Only a month away, Redmond is not showing any speed bumps whatsoever in the process of releasing more and more Insider builds. 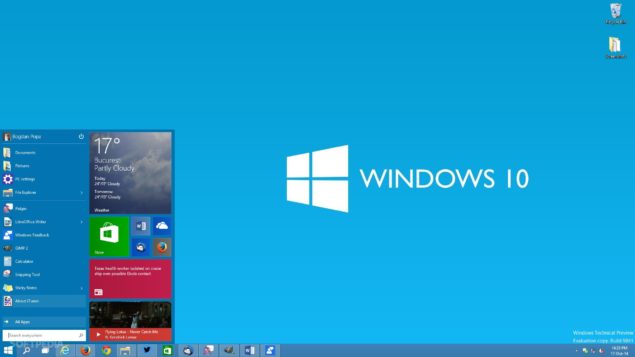 According to reports and Microsoft's Manager of Operating Systems Group, a new PC build is coming very "soon". The last Windows 10 build that went public was 10130 which was very stable but did not have any major feature additions. The official preview build was full of numerous changes just without any new features making it a high expectation that the upcoming build will make up for it.

However, it should be noted here that we have already seen many feature-packed Windows 10 insider previews with the company now focusing more on user experience and stability than features. Only a month away, stability at this stage counts more heavily than any other thing. Some speculation around new features are still going strong with a high chance of Phone Companion App coming in the new official preview build. This app was spotted in several leaked builds and is strongly expected to make its presence in official build. Microsoft's Phone Companion App helps user integrate their Windows Phone, Android or iPhone mobile devices with Windows 10 to take advantage of different Microsoft services.

As far as when this next build is coming, according to neowin we might see something during this week. Considering the fact that builds aren't often released on Mondays and Fridays, midweek seems to be a good call. Another leaked preview 10151 is already doing rounds about which we will share details later on. At this stage, it is advised not to go forward with leaked builds.

Microsoft has shown interest in releasing Windows 10 Insider previews even after the Windows 10 launch on July 29 for interested users. This only strengthens the idea that we will keep seeing these previews right until the official launch too, at least. However, as we near to the official launch date, Redmond is shifting its focus to bug fixes, performance improvement and stability in the OS.