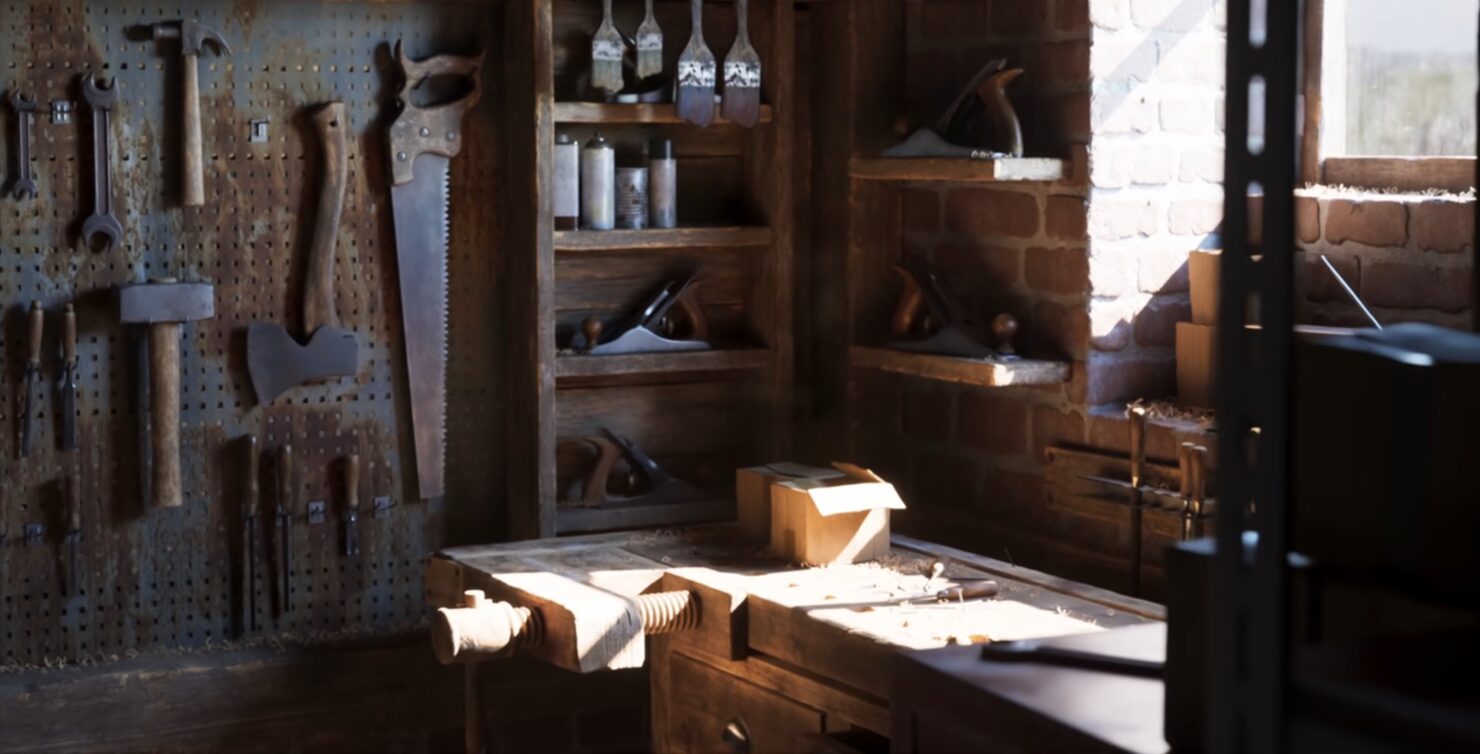 A new Unreal Engine 5 video that has been shared online a few days ago highlights how the engine can be used to create some incredibly realistic locations.

The new video, which has been shared by environment artist Daniel Martinger, showcases a realistic cellar that has been rendered in the latest version of the engine complete with path tracing. If it weren't for some lighting artifacts, it would have been difficult to tell that this wasn't a real location.

I have created everything from scratch, No photoscans used. except the rusty metaltexture on the "Tool Wall" And the GroundTexture(They are from Quixel).
I used Zbrush, Substance Painter And Maya For Assets and Tiling Textures.

I have always wanted to have my own little workshop in the basement.
I really Like older Environments without modern technology. Environments before I was born. It feels like it was better back then.

My goal was to explore Unreal Engine 5. I Have never used Unreal before so it was really nice getting to know the engine and explore its power.
This project is Rendered In Unreal Engine 5 Preview, using Pathtracing.

The Unreal Engine 5 has been originally announced back in 2020, and since then we have seen plenty of tech demos that showcase the engine's potential. Many highly anticipated games coming in the future will be powered by the engine, such as Hellblade: Senua's Sacrifice 2 and the next entry in The Witcher series, so it will be very interesting how developers will be able to take advantage of the features offered by the engine, such as Lumen, to bring their games to the next level of visual quality.

More information on the Unreal Engine 5 can be found on its official website.