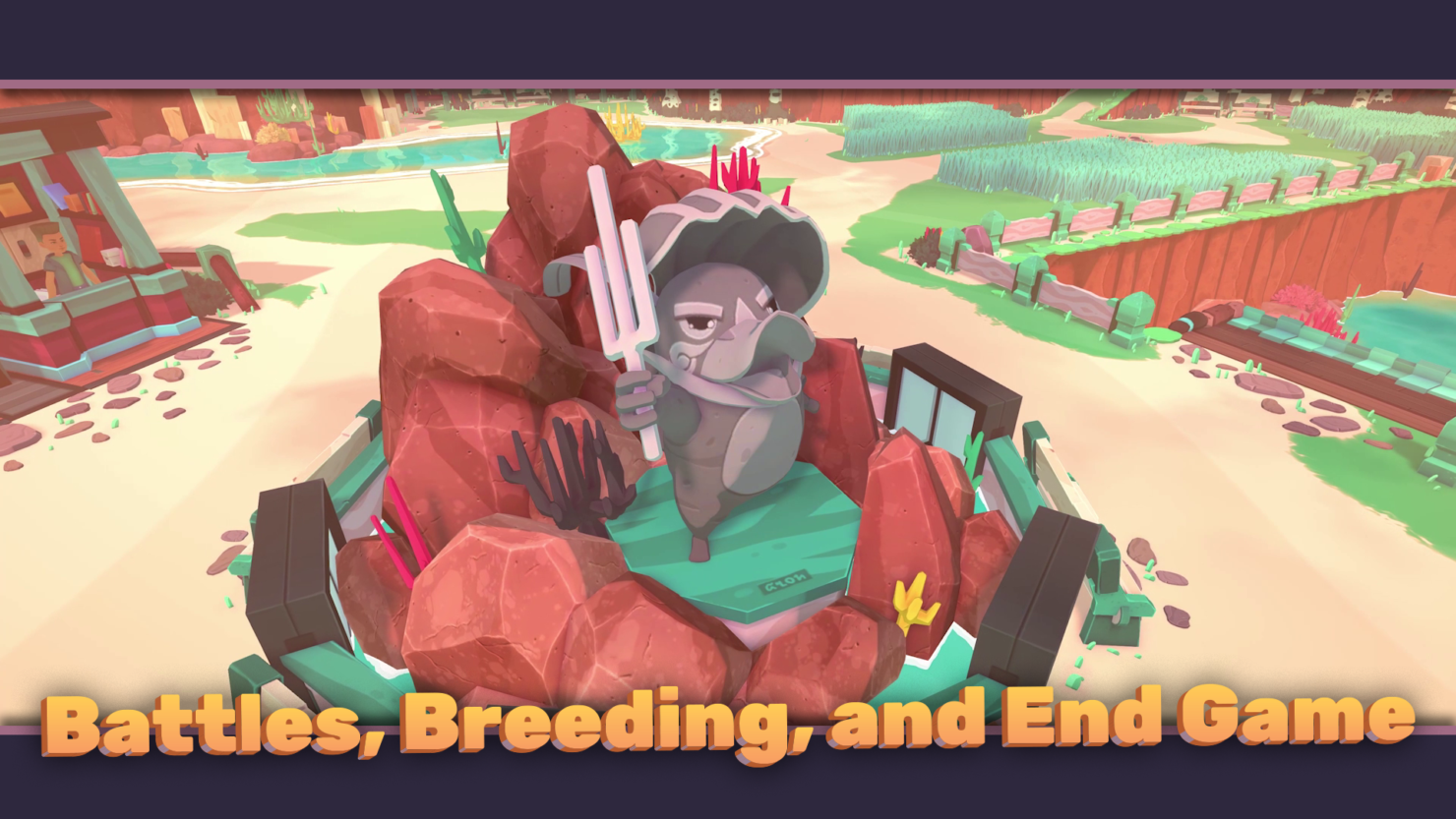 Temtem, the game that Pokémon should have been by now, is coming to early access in just five days. To say I'm looking forward to it would be a dramatic understatement. Earlier this month I wrote a preview based on the closed alpha stage that I was given access to and I loved it, with the final paragraph of my preview being as follows:

This is looking like Pokémon online, or at least what I've hoped Pokémon online would be, had Nintendo ever decided that they just wanted to roll around in an even greater pile of cash. Releasing to early access on the 21st of January, you can always have a go yourself during the stress tests - I highly recommend it. This isn't a review, so no official scores, but so far I'm giving it a Temtem out of ten.

I was able to experience some of the more developed aspects of the game during my hands-on with the game, one such aspect being breeding. The second floating archipelago you go to has a breeder in the first town, letting you drop off a few Temtem, pop on a bit of Marvin Gaye and take advantage of the results. The results being, much like Pokémon, an egg. What hatches from that egg could be amazing that has the best aspects of both parents, or some misfit that you'll want to give to somebody you dislike.

The new trailer for Temtem highlights the tactical elements and benefits of the breeding system, also covering Luma (shiny) Temtem as well as briefly mentioning the endgame area, where you'll be able to capture Luma Temtem at a higher rate, as well as other generally stronger Temtem.

Having seen the new trailer, here are the features of Temtem for when it launches in early access and those that will be coming further down the line: