Speck has announced new Presidio cases for the new 2016 MacBook and the iPhone. We have the details right here.

Looking to Protect and Show Off Your MacBook and iPhone? Look No Further Than Speck's New Presidio Cases

Speck has managed to become synonymous with device protection over time and their new products for MacBook Pro and iPhone make that notion obviously clear. Called the Presidio Clear for MacBook Pro and Presidio Show for iPhone, these cases offer protection like no other while maintaining the slick look and feel of your Apple device. 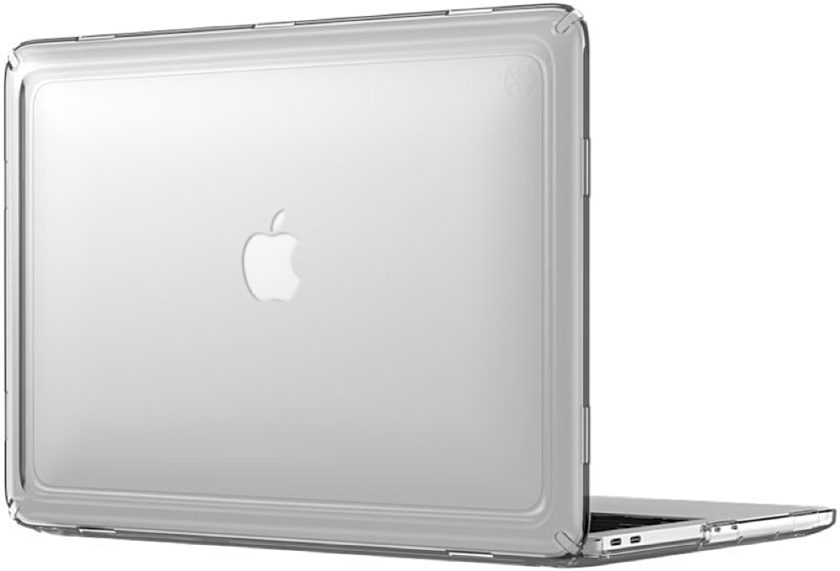 First up we have the Presidio Clear for the new MacBook Pro. It is made for a material called Impactium Clear, which is engineered to absorb and disperse shock if you drop it from a height of 4 feet. But the cool thing about this case is that it's absolutely transparent and features UV protection. This means it won't pick up that aging yellow color look over time.

The Presidio Clear will be available for the 13-inch MacBook Pro in February of this year, setting back $99. It will also be available in an Onyx Black color option, which is great for those who do not dig the clear look.

Presidio Clear will be available for other MacBook models later on.

Whether you have an iPhone 7, iPhone 7 Plus, iPhone 6s or iPhone 6s Plus, there's no point in hiding it behind a discrete case. Rather, you want to show off Cupertino's smartphone with something that's insanely transparent, yet robust enough to resist some major drops. That's where the Presidio Show for iPhone comes in.

It features Speck's Impactium material, that's good enough to protect your smartphone from a height of up to 10 feet. That's a lot of protection if you are asking us. And thanks to its clear look, you can rest assured everyone will know which smartphone model from Apple you are rocking.

At the time of writing, the Presidio Show is available in black, making it an ideal companion for your Jet Black iPhone 7 or iPhone 7 Plus. It will be available in silver, gold and rose gold later on.