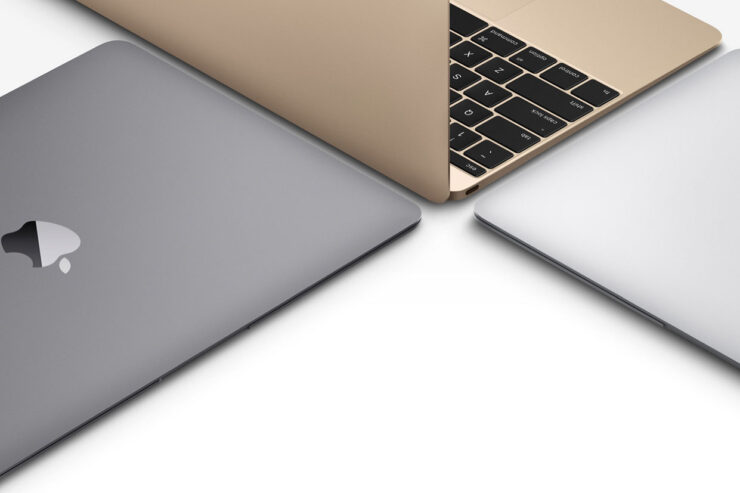 Apple announced a brand new MacBook back in 2015 and it featured one of the thinnest form factors for a computing machine and shipped with one very interesting change; a single Type-C USB port was present for charging and connecting peripherals to the machine. 2016 saw virtually no change to the notebook from a design aspect but featured overall better internals and we expect the same thing to be observed during the annual WWDC conference. Rumor has it that the tech giant aims to release a new lineup of MacBook models, but there could be better ports incorporated on these machines.

To achieve a level of thickness that’s never been seen before on notebooks, Apple had to make some serious compromises when it came to the 12-inch MacBook. With a slower processor and a single port to carry out everything, the machine was not exactly versatile other than the fact that it was extremely portable and delivered a decent battery life.

According to the latest report from Bloomberg, Apple and Intel could be working together to take on Microsoft’s Surface Laptop lineup by upgrading its 12-inch MacBook family, but those upgrades might only be seen from the inside. The design of the notebook might not differ from its predecessors, but we might get to see a small battery increase as the same difference was present between the 2015 and 2016 variants.

In addition, instead of a Type-C USB port, if Apple is not ready to provide two Type-C USB ports, then the least possible upgrade we should expect from the upcoming models is a single Thunderbolt 3 port so that you are able to experience maximum throughput.

Intel’s low-powered Kaby Lake processors are expected, but that does not mean the MacBook is going to be an underpowered machine since there are tests carried out showing that even with such hardware, the notebook is able to export a 4K video in a time span that was never expected from the product.

What sort of changes are you expecting from the upcoming MacBook refresh? Tell us your thoughts down in the comments.