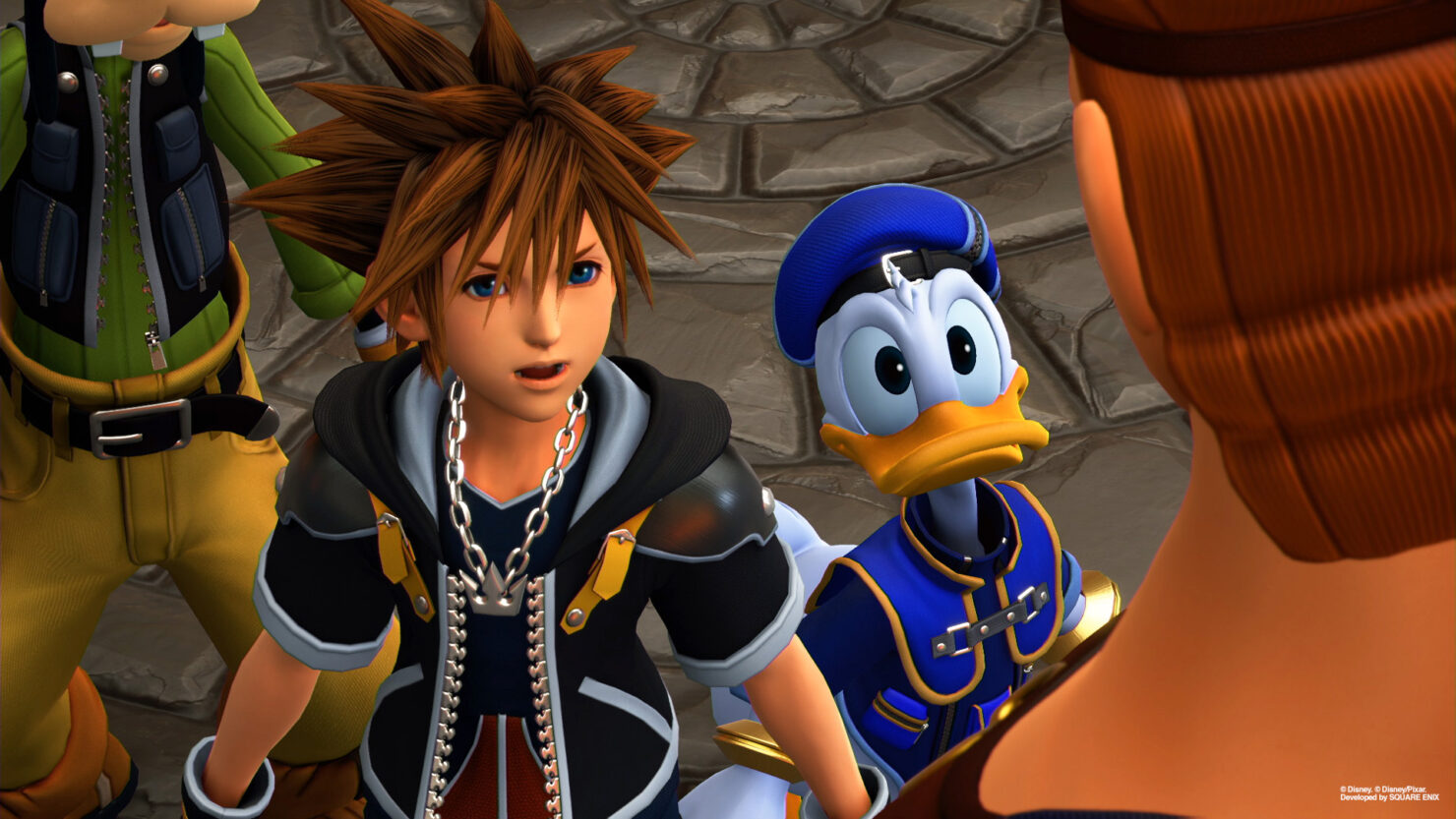 At the Lucca Comics & Games convention in Italy, Square Enix revealed a new Kingdom Hearts III trailer showcasing the Tangled based world for the first time.

Originally aired at Lucca Comics & Games, this trailer gives a sneak peek to magical Kingdom of Corona. Rapunzel leaves her mysterious tower for the first time with the help of charming bandit Flynn Rider. Sora, Donald and Goofy join the pair on their journey to the kingdom, taking on the Heartless along the way.

Kingdom Hearts III is now in the final stretch, after an incredibly long development phase (it was announced with a teaser trailer at E3 2013). The game is due for release January 25th, 2019 in Japan and January 29th, 2019 elsewhere in the world. It will be available for PlayStation 4 and Xbox One; there's currently no official word of a potential PC or Nintendo Switch release.

Adventure in Disney and Pixar Worlds

Embark on an adventure that spans the Disney universe: Travel across Disney and Pixar worlds to protect them from the Heartless invasion, and befriend and join heroes from Toy Story, Monsters, Inc., Big Hero 6, Tangled, Hercules, and more!

Unlock the Power of the Keyblades

The mysterious and powerful Keyblades can now transform into additional forms with new abilities, moves, and animations. Equip multiple Keyblades and combo between them to unlock spectacular attacks!

Cast visually stunning, powerful magic spells to battle the Heartless. Call upon Disney-Pixar friends and partner with them for support. Turn the tide of combat by summoning all-new “Attractions” inspired by the theme parks.

Explore and interact directly with the Disney-Pixar worlds. Fight off swarms of Heartless while scaling massive cliffs, diving deep underwater, or even freefalling through the air. Experience unique gameplay elements custom designed for each new world!