The Galaxy Watch 4 series are the first smartwatches running Wear OS 3.0 out of the box, and even though Samsung One UI Watch has skinned it, it still is Google's latest Wear OS 3.0 under the hood. The new operating system brings a lot of design changes. However, things do not just end there as you are also getting better speed and efficiency, which makes everything all the better. To keep up with the design of the latest version, Google is finally pushing the latest version of the Google Messages app.

Google has started rolling out the new Google Messages app version 9.2.030 widely, and the app is available on both the new and old smartwatches. This means that you can install it on your Galaxy Watch 4 and some of the older smartwatches that are running Wear OS 2.0. The app brings a new design and has UI elements with rounded corners. The app also ditches the blue color for a black theme. 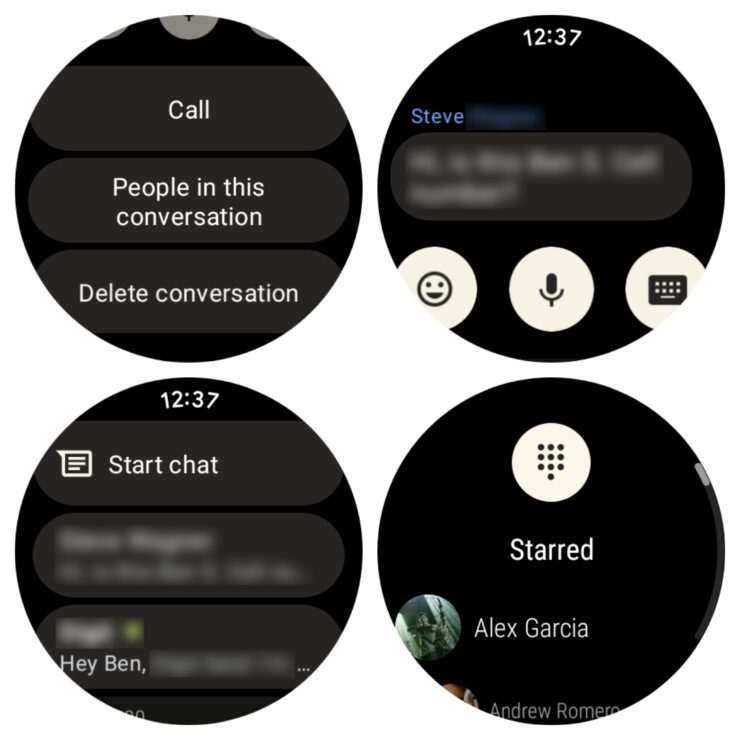 The new Googles Messages app now looks a lot similar to the Googles Maps and YouTube Music apps. You will be able to start new chat threads, reply to incoming messages using a keyboard or quick replies, delete messages, and even call the person in the chat thread. For those who do not like the default Samsung Messages app installed on the Galaxy Watch 4, the Google Messages app is a good choice.

With the Galaxy Watch 4, Samsung more or less reinvented the smartwatches running Google's Wear OS platform, and we are only hoping for this to get even better as we go on into the future and see more products.