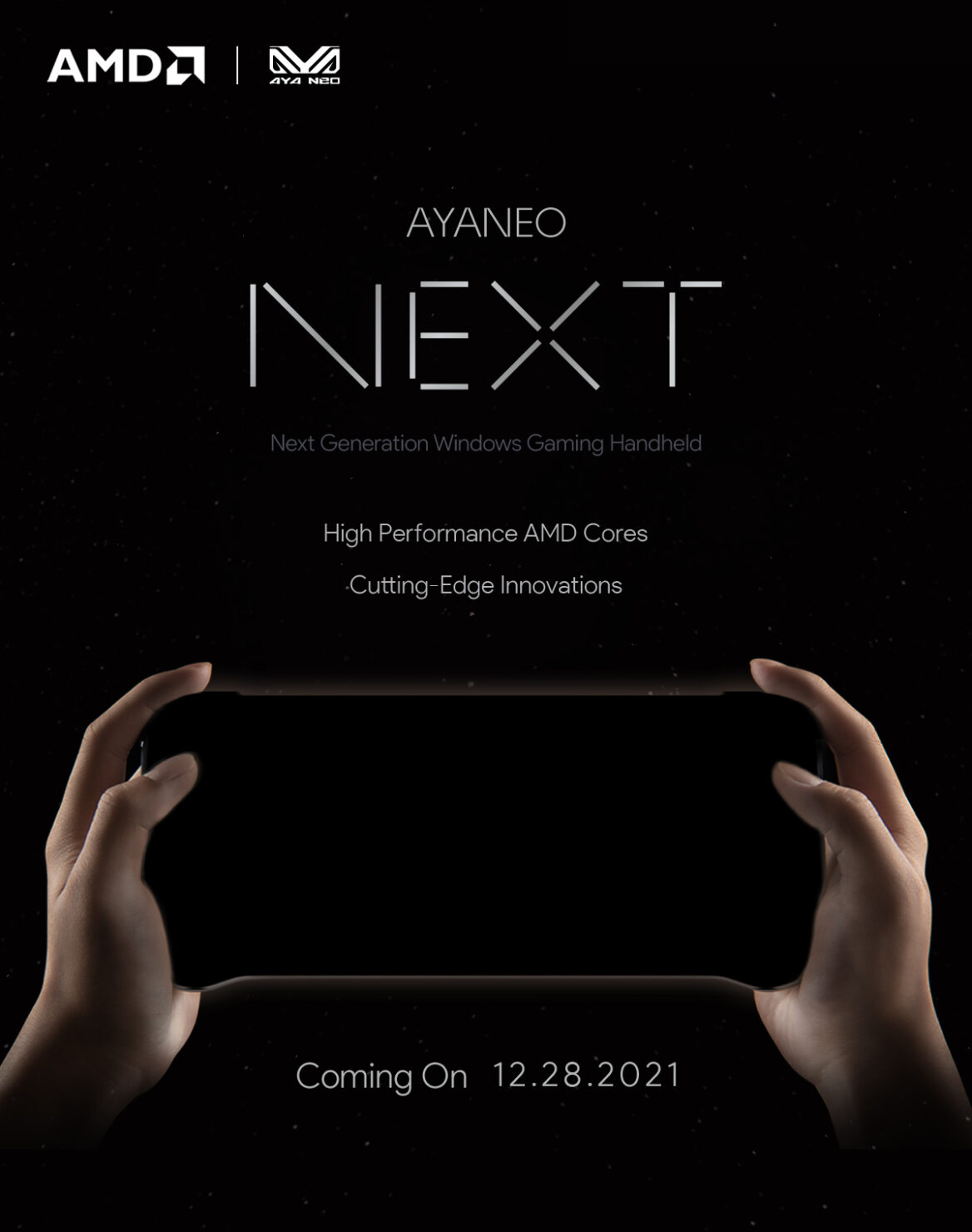 AYANEO has teased that its upcoming AYA NEO 2022 handheld gaming console will be powered by a brand new generation of high-performance AMD cores.

In the teaser tweet, AYANEO shows off a silhouette of its upcoming 2022 handheld gaming console and mentions that it will be using a brand new generation of AMD high-performance cores & series of cutting-edge innovations.

AYANEO NEXT
New generation AMD cores for gamers
Innovations never seen on a Windows gaming handheld
JOIN US ON 12.28.2021 pic.twitter.com/RXRDCMOcdv

The current AYA NEO 2021 console packs the AMD Renoir APUs up to Ryzen 7 4800U which offers 8 cores and 16 threads. Along with this, the AYA NEO packs the AMD Vega integrated GPUs which still packs a lot of punch though other handheld consoles have picked up the pace, especially the Valve Steam Deck which rocks a custom Van Gogh SOC codenamed Aeirth with RDNA 2 graphics. Aya has not mentioned which SOC that will be using but they do mention that it packs a new generation of high-performance AMD cores.

Compared to the 2021 variant, there are several APU designs that AYANEO can go with. These include the aforementioned Van Gogh SOC, Barcelo, or Rembrandt. The AMD Van Gogh SOC is based on the Zen 2 core architecture so we can exclude that from the list however, the Barcelo design comes with Zen 3 and Vega cores. The AMD Rembrandt APU seems like the most logical choice for AYANEO 2022 as it rocks both Zen 3+ CPU and RDNA 2 GPU cores but this cannot be confirmed. The Rembrandt APU will offer a huge performance increase over the existing model and we can expect a Ryzen 6000U (U-series) series chip within the console.

AYANEO has said that they will be talking about their brand new handheld gaming console with AMD architecture on 28th December 2021. Expect to see the full-on specs and announcement then.