Find All The New Gear In Zelda: Breath of the Wild ‘The Master Trials’ DLC

DLC for a Zelda game? It really is 2017! Yes, we finally have our hands on The Legend of Zelda: Breath of the Wild’s first DLC, The Master Trials, which brings a bunch of new content to Nintendo’s breath-taking open world adventure.

Breath of the Wild introduces The Master Trials, which you can undertake to strengthen your Master Sword, the incredibly difficult Master Mode, and a few new items to expand your inventory – including a fetching Tingle outfit.

We’ve found all of the new gear in Breath of the Wild’s The Master Trials so you don’t have to – just take a look at the guide below for everything you need to know about Trial of the Sword’s new quests.

When your DLC is downloaded you’ll find the EX Strange Mask quest already in your Adventure Log – follow the waypoint to find Woodland Stable, where there’s a new book sat on a table inside. Read Super Rumor Mill EX: Volume 1 and you’ll be told the treasure is “hidden in a tree hollow in a forest that makes people lose their way.”

That’s the Lost Woods, in case you weren’t sure! Head to the Lost Woods entrance – don’t warp inside the woods – and follow the direction the flames on the torches in the forest are blowing in until you find two torches placed next to one another. Go South from here, and the mask is inside a chest in a large tree. Just try and position yourself where the chest is on the map below. 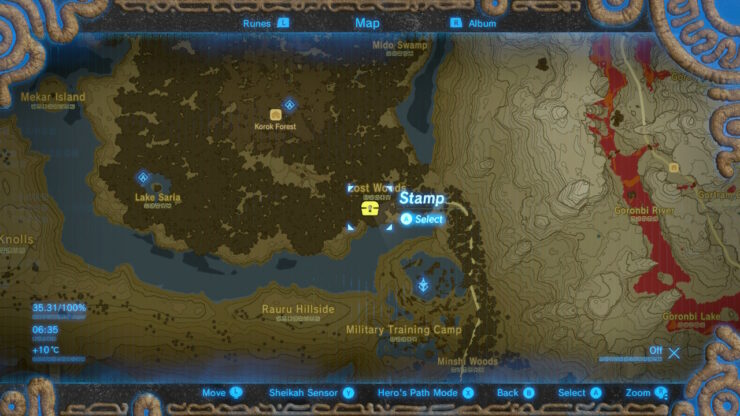 This is another quest you’ll already have in your Adventure Log – follow the waypoint to South Akkala Stable, and just as with the Korok Mask, you’ll find another new book inside, the Super Rumor Mill EX: Volume 2. This time, the treasure is “beneath a labyrinth in northeast Akkala.”

If you take a peek at your map you’ll probably already have the labyrinth in view, just off shore on the North Easternmost point on the map. You can glide there from the nearby Akkala lab if you haven’t already solved the labyrinth’s mysteries.

If you’ve been there and done that, you can simply fast travel to the Tu Ka’loh Shrine at the heart of the labyrinth and jump down a hole to find the labyrinth’s basement, where you’ll find the chest to the north of the room near the centre – watch out though, there are Guardians lying in wait. If you haven’t already visited this shrine, you’ll be able to find the shrine entrance – and therefore the treasure, too – just to the North West of the center of the room – climb the labyrinth walls to make traversal much easier. 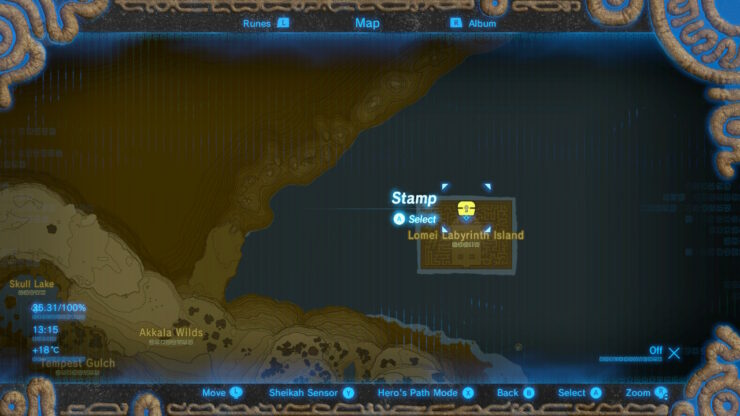 Misko is a cheeky thief, and he’s stolen a bunch of valuable loot from all over Hyrule and beyond – though luckily, you can take them for yourself – all for the greater good, of course. Head to the waypoint your EX Treasure: Ancient Mask quest will give you and it’ll lead you to Outpost Ruins where you’ll find a book full of Misko’s ramblings – read it all and the tips to where you can find all of Misko’s gear will be added to your Adventure Log.

The first item, Majora’s Mask, has a tip that reads “The ancient mask lies at the ruins where soldiers gathered. From there, the waters of Lake Kolomo are visible.” Luckily, this one is nice and easy – the Kolomo Garrison Ruins are right on Lake Kolomo, just North of the Great Plateau where you begun the game.

Misko likes to hide his treasure underground – you’ll find the Majora’s Mask chest on the outer perimeter of the building ruins, just buried near a wall. You’ll need Magnesis to lift the chest out – it’s a good idea to use Magnesis when searching for these chests, as it’ll highlight them in red from a distance. 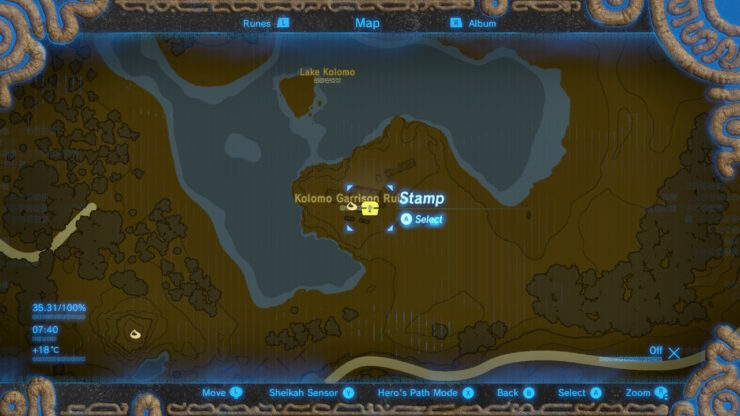 Midna’s Fused Shadow helm is next on our list and will boost defense against Guardians.

Misko writes "The Princess of Twilight, whose stories are handed down alongside those of the Hero of Twilight... her helmet can be found at the temple ruins soaked in the waters of Regencia River." This one is pretty straightforward – you can find the Fused Shadow at the Sage Temple Ruins, just West of the center of Hyrule Field. 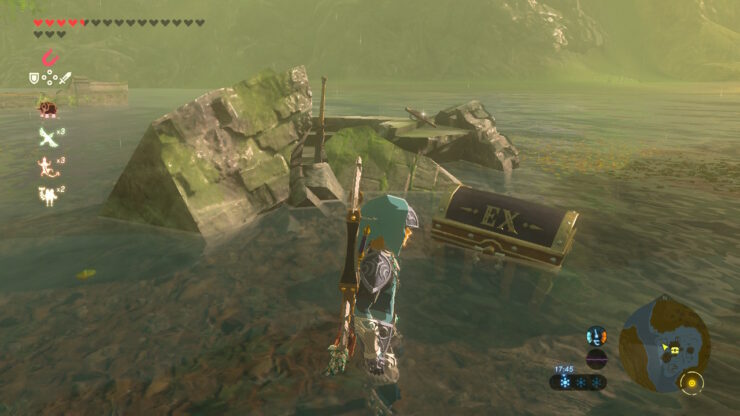 Head over there and this chest will also be buried near the back of the ruin, closer to the river itself. 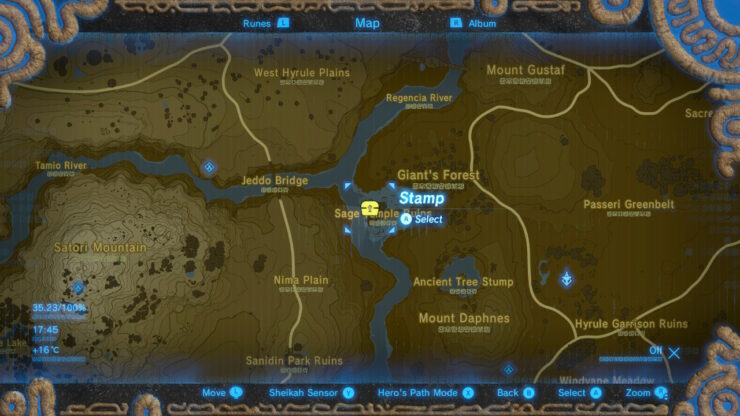 This is very nice bit of gear – the Phantom Armor will boost your attack, as well as making you a cosplay star. You’ll find the gear in three different locations. The tips read; "Find these pieces at a battleground where brave souls tested their skill... At ceremonial grounds where royal guards are honored... And at the ruins where the soldiers of Hyrule gathered."

First off, that battleground – it refers to the Coliseum Ruins, just North of the Great Plateau and South West of the centre of Hyrule Field. The chest will be on the bottom floor – near a Lynel – and will be found in the North West corner of the room, buried just like the others. 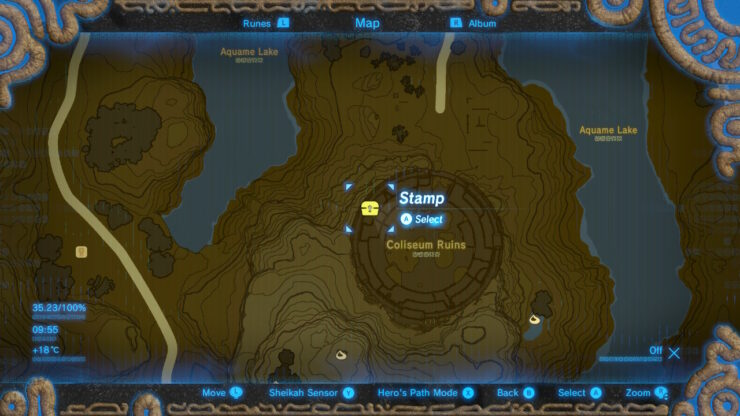 The second piece is found at those ceremonial grounds – referring to the Sacred Ground Ruins, practically at the centre of Hyrule Field. Watch for the Guardians on patrol, and you’ll find the chest buried within the ruined fountain itself, just South East of the centre. 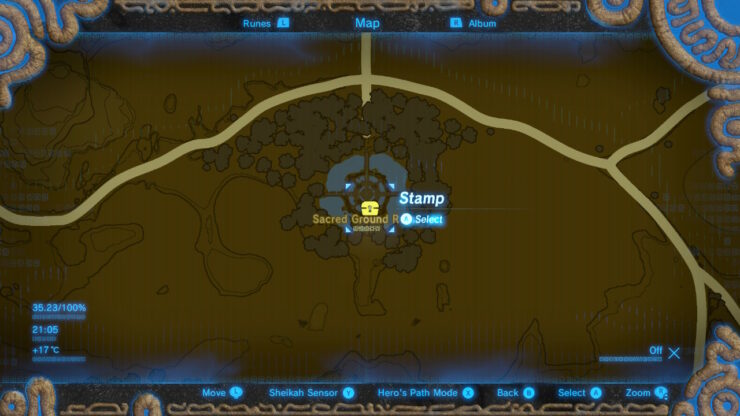 The third is found at Hyrule Garrison Ruins, not far South West of Central Hyrule Tower. You’ll find this chest buried just behind a dead Guardian which is half-buried in the ground. 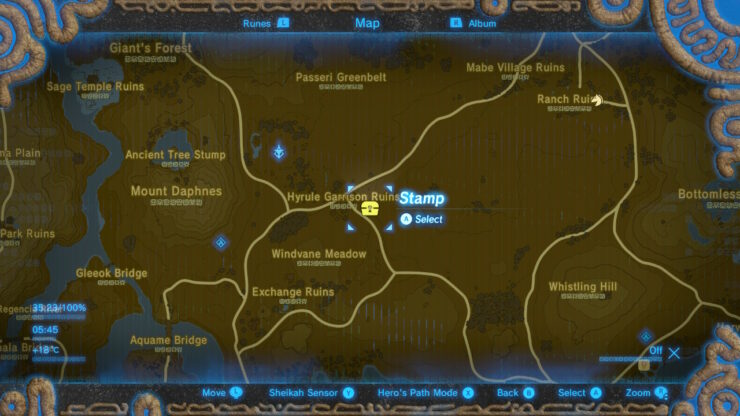 Here it is, the moment you’ve all been waiting for – Tingle’s Outfit. Tingle Outfit offers you a nice speed boost at night, and will also make NPCs recoil in horror. Nice! The tips read; "Find these pieces at the ruins where trade flourished... At the ruins where sinners were imprisoned... And at the village ruins next to farmland where many people once gathered."

To start, the first piece is found at the Exchange Ruins, South of Central Hyrule Tower. It’s buried in a clump of other rubble out in the open – make sure to use Magnesis to spot it. 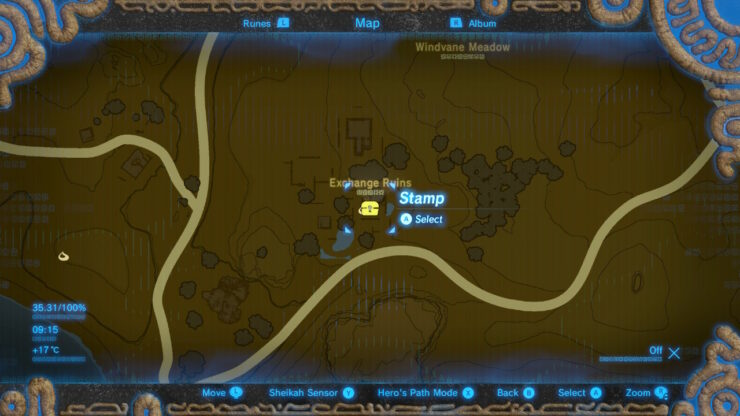 The second piece is hidden near Castle Town Prison, on the island just West of Hyrule Castle. It’s near the road on the map, fairly out in the open, so Magnesis will highlight it from a distance. 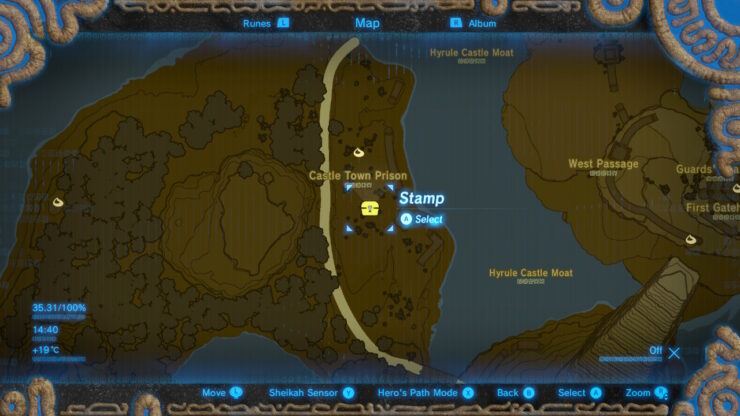 The final piece is found near the Mabe Village Ruins, West of the Ranch Ruins which can be found near the center of Hyrule Field. This one is hidden under a dead Guardian – you’ll need to find it and move around the back of it to lift the chest out. 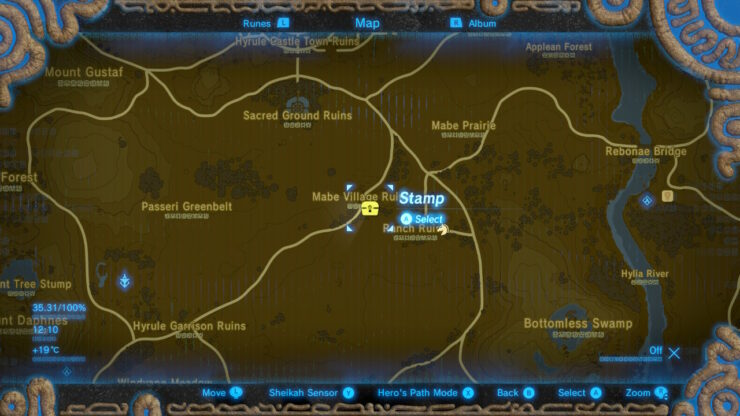 And that’s it – if you’ve followed this guide correctly you should have all of the new items from Breath of the Wild’s new Trial of the Sword DLC – make sure to check back soon for all of the latest on Breath of the Wild. In case you still need the Expansion Pass, you can buy it on Amazon.