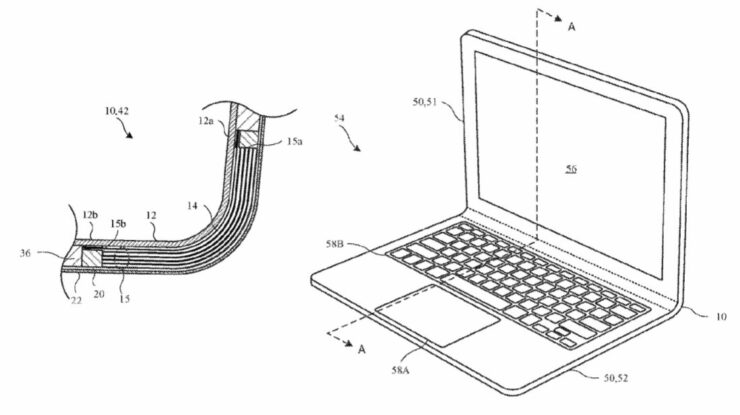 There's no denying that Apple files a lot of patents. However, sometimes companies just secure the technology so others cannot adopt it before they do. Henceforth, it's never certain that any of the patents will see daylight any time soon. With that said, Apple has filed a new patent which makes the MacBook design more bendable. The patent visions a "personal computing device' that features a "single-piece body" with a bendable part. Overall the idea will give the device a "seamless overall appearance".

To narrow the idea down a little, the primary part of the device is devised for the display while the secondary is used for input. The seamless design will make room for the iPhone-maker to manufacture the MacBook with a single piece of aluminum or any other material that the company sees fit. 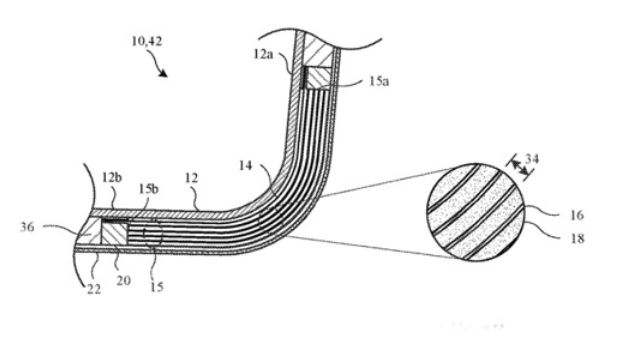 The hinge is where all the magic happens. it will house all the necessary connectors and wires to connect the keyboard with the display. In addition, the hinge must carry out the necessary "mechanical" communication between the primary and secondary parts of the device.

In another aspect, a portable electronic device is described. The portable electronic device can include a first part that carries a visual display for presenting visual content, a second part that carries an input device, and a solid-state hinge assembly coupled to the first and second part in a manner that allows relative angular movement between the first and second parts. The solid-state hinge assembly can include a bending medium capable of (i) bending in response to an applied force and (ii) providing a resistance to movement in accordance with an amount of bending, and a force actuator physically coupled to the bending medium, the force actuator capable of providing the force.

Currently, the hinge of Apple's laptops is well tested. However, once the bendable hinge is placed, it also allows for other changes to be made - a flexible battery or display for instance. Furthermore, Apple's new patent also describes the design which can be implemented in a "smart phone cover or a tablet computer device".

As we have mentioned earlier, there's no guarantee that the patent will ever see daylight. While the bendable hinge design makes the MacBook design more seamless, we can suspect it will take several years if Apple does consider it.

That's all there is to it. What are your thoughts on the new Apple patent?