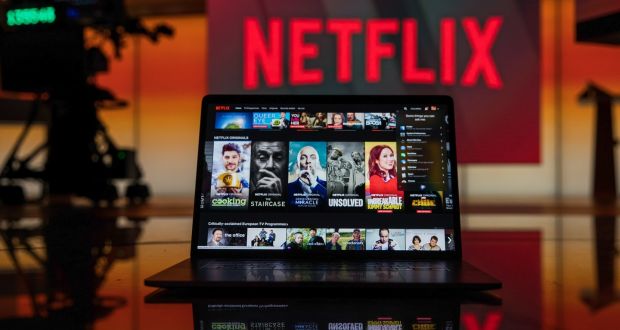 For the third quarter of 2019, widely characterized by analysts as a lull before the proverbial storm for the company, Netflix (NASDAQ:NFLX) has reported solid growth numbers. Nonetheless, the company is expected to face significant headwinds in the coming quarters as several competitors debut their own content streaming services.

How does the company’s scorecard stack up?

For the three months that ended on 30th September 2019, Netflix reported revenues of $5.25 billion which, in turn, marks an increase of 31 percent year-on-year but falls largely in line with expectations of analysts. Moreover, the company’s operating income more than doubled on an annual basis, coming out at $980 million. Similarly, the operating margin increased by 670 basis points year-on-year to 18.7 percent. Crucially, the company added 6.77 million net subscribers this quarter against a forecast of 7 million subscribers. Nonetheless, this subscription number marks a healthy gain of 21.4 percent on an annual basis. As a reference, Netflix added only 2.7 million net subscribers in the last quarter against an estimate of 5 million and, in the third quarter of 2018, the content streaming business added 6.1 million net subscribers. Additionally, the company reported a GAAP EPS of $1.47 against expectations of $1.05. Consequently, Netflix was able to beat EPS expectations by a whopping 40 percent. The streaming company has also indicated that it is concentrating on stemming its free cash outflow which came out at -$551 million in the third quarter versus -$859 million in the comparable quarter last year.

The market has reacted positively to the financial reporting by the streaming giant with the company’s stock posting an increase of 10.7 percent in the after-hours trading. Interestingly, over the last 2 years, Netflix has beaten EPS estimates 63% of the time and has exceeded its revenue estimates 50% of the time.

For the fourth quarter of 2019, Netflix expects its consolidated revenue to increase by 30 percent on an annual basis while the company’s Average Revenue Per User (ARPU) is expected to register a 9 percent growth. The streaming giant has also forecasted a global net subscription growth of 7.6 million against a growth of 8.8 million registered in the fourth quarter of 2018. Consequently, the company is forecasting the addition of 26.7 million subscribers for the whole of 2019. This number, however, is 1.9 million short of the 28.6 million subscribers that the company added last year. Moreover, the company reiterated its guidance for a net free cash outflow of about -$3.5 billion for the full year but expects this situation to further stabilize in 2020.

Competition – a crucial variable in the future growth trajectory of Netflix

The Streaming Video On Demand (SVOD) market is about to become a lot crowded (read our coverage here) with Apple TV Plus (NASDAQ:AAPL) coming online on November 1st and Disney Plus (NYSE:DIS) streaming service launching on November the 12th. By the spring of 2020, NBCUniversal’s (NASDAQ:CMCSA) Peacock and WarnerMedia’s (NYSE:T) HBO Max will also be in the market. Moreover, the company is already competing with the likes of Amazon’s (NASDAQ:AMZN) Prime service and Disney's Hulu.

Currently, analysts are split into two groups on how this increased competition will affect the company’s topline growth. The bullish case rests on the adage that a “rising tide lifts all boats.” According to this group of analysts, a proliferation of streaming services will accelerate the transition from traditional bundled TV. With about 65 percent of all U.S. households still paying for some variant of this traditional mode of TV according to a Deloitte survey, there remains substantial legroom for further growth. The bearish case, on the other hand, relies on the viewpoint that an increasing number of viewers will switch away from Netflix to one or more of its competitors especially as the new entrants are, by and large, cash-rich and eager to attract viewers by offering an exclusive content collection.

In its quarterly report, Netflix seems to be siding with the optimistic outlook regarding the increased competition as it states: “Many are focused on the “streaming wars,” but we’ve been competing with streamers (Amazon, YouTube, Hulu) as well as linear TV for over a decade. The upcoming arrival of services like Disney+, Apple TV+, HBO Max, and Peacock is increased competition, but we are all small compared to linear TV. While the new competitors have some great titles (especially catalog titles), none have the variety, diversity and quality of new original programming that we are producing around the world.”

At least in the short-term, almost all analysts believe that the market can sustain multiple players and that Netflix will likely retain its dominance as the less established players build up their audience and content. However, this means that Netflix will have to continue to spend big bucks in order to maintain its lead among viewers who will likely be spoiled by the plethora of available choices.

We are currently in a late-cycle economic expansionary phase where analysts and investors generally remain on the lookout for signs of a growth slowdown and the inevitable recession. Moreover, macroeconomic institutions such as the IMF have already begun to ring warning bells regarding the pitfalls of the coordinated global fiscal stimuli underpinning much of the current growth phase. In such an environment, investors are likely to pay extra attention to the financial health of companies such as Netflix that offer products with a relatively inelastic demand. Consequently, it will be interesting to see how the company fares amid a stiff competition in the coming quarters and whether its relative financial performance can serve as a harbinger of an economic slowdown.