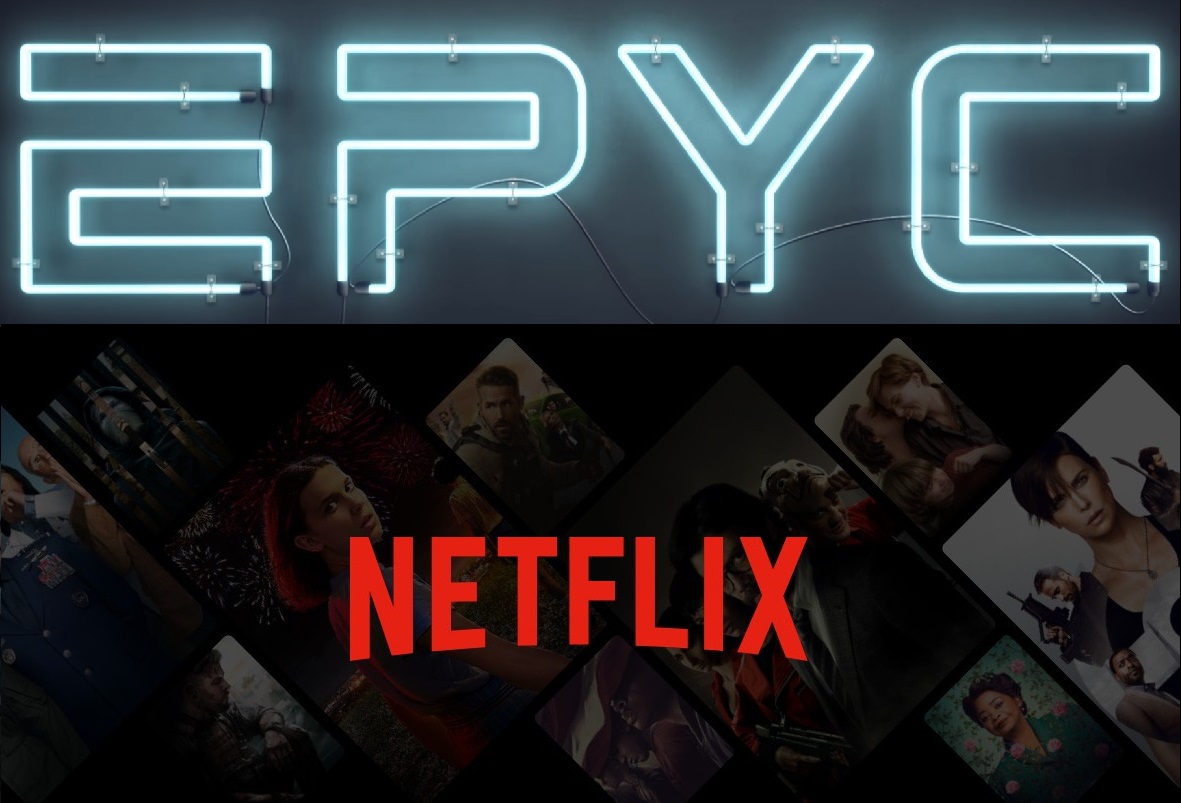 Previously, Netflix servers were capable of delivering up to 200 Gbps (TLS-Encrypted) bandwidth on its servers till 2020. The company was also evaluating to switch over to AMD's EPYC platform all the way back in 2019 and it looks like the goal has now been achieved. The switch to the 2nd Gen EPYC CPUs not only brings double the bandwidth but also at a lower TCO.

In terms of hardware, Netflix will be utilizing the AMD EPYC 7502P (ROME) CPUs which feature 32 cores and 64 threads. The CPU is clocked at a base frequency of 2.5 GHz and a boost frequency of 3.35 GHz. The chip also features 128 MB of L3 cache, a 180W TDP, & comes in a 1P (single-socket) configuration. One of the key areas that EPYC exceeds over the Intel-based server lineup is access to an increased number of PCIe Gen 4 lanes. The EPYC 7502P packs 128 Gen 4 lanes which deliver around 250 GB/s of IO bandwidth and 2 Tb/s in networking units.

Other hardware on the updated Netflix servers will include dual Mellanox ConnectX-6 Dx switches which provide 2 full speed 100GbE ports per NIC for a total of four 100 GbE ports and storage will come in the form of 18 WD SN720 NVME SSDs, each featuring 2 TB capacities (Gen 3 x4) for a total of 36 TB capacity per server node. 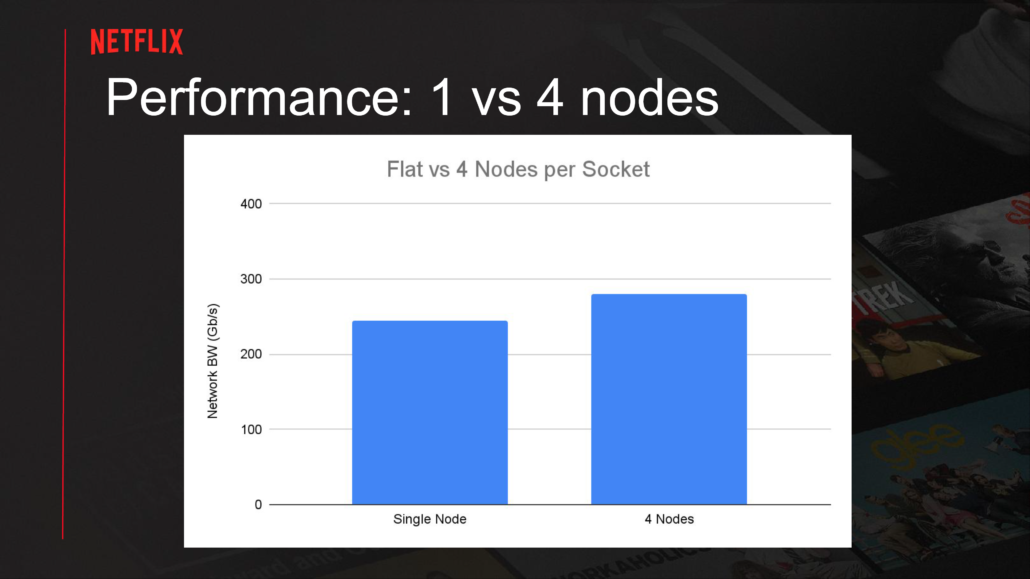 With the standard configuration, the AMD EPYC system can be provided up to 240 Gbps bandwidth that is limited by memory bandwidth. Netflix states that by using NUMA, they can achieve higher bandwidth with a 4-NUMA configuration achieving just around 280 Gbps of bandwidth. To further bolster up the bandwidth, the CPU traffic can be offloaded to the NICs for up to 380 Gbps TLS video bandwidth. This also leads to lower CPU utilization when running a NUMA configuration (50% vs 60%).

Compared to Intel and Ampere-based server solutions, Netflix found that AMD's EPYC servers are the best for their use case as the other two have several PCIe-related issues and don't deliver the same amount of bandwidth. A comparison was made with an Ampere Q80-30 CPU which features 80 ARM Neoverse cores at 3.0 GHz (256 GB DDR4-3200 / 128 PCIe Gen 4) and an Intel Ice Lake 36 core 8352V CPU at 2.1 GHz (256 GB DDR3-3200 / 64 PCIe Gen 4). The Ampere system peaked out at 320 Gbps bandwidth while the Intel system peaked out at 230 Gbps bandwidth.

But that's not all, Netflix is planning to move to an 800 Gbps server later on and is expecting the first prototype to arrive this year so we could hear more about that one at next year's EuroBSD conference. It could possibly be based on Milan or even Genoa but that's a topic for another day.