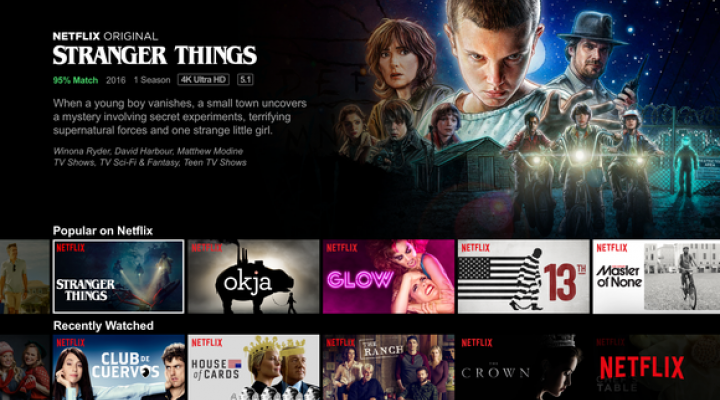 Netflix (NASDAQ:NFLX) has emerged as one of the rare winners in an era characterized by the coronavirus (COVID-19) pandemic and the attendant spatial distancing measures enacted to curtail its spread. It is, therefore, hardly surprising that investors were upbeat, some might even say ebullient, ahead of the streaming giant’s reporting of its earnings for the first quarter of 2020. Well, the pertinent numbers have now been revealed and they certainly did not disappoint.

How does Netflix’s Scorecard Stack up?

Crucially, Netflix was able to grow its subscriber base by 15.77 million. Bear in mind that the streaming giant had earlier guided to a growth in overall subscribers of 7 million in Q1 2020.

Also, Netflix was able to earn free cash flow of $162 million during the applicable quarter. This positive print was the result of production shutdowns and the attendant pause on content cash spending.

Finally, the streaming giant reported an EPS of $1.57, missing expectations by $0.07

As far as the guidance for Q2 2020 is concerned, Netflix now expects a growth in its subscriber base of 7.5 million. Moreover, the streaming giant is targeting an operating margin of 16 percent for the entire FY 2020.

The market has reacted positively to Netflix’s financial reporting with the stock posting an increase of 3.3 percent in the after-hours trading. Year to date, the stock has generated a gain of 35.21 percent versus a loss of 15.30 percent registered by the S&P 500 index during the same timeframe.

Regarding the production scheduling, Netflix said in its letter to shareholders:

"In Q2, there is only a modest impact on our new releases, which is primarily language dubbing. No one knows how long it will be until we can safely restart physical production in various countries, and, once we can, what international travel will be possible, and how negotiations for various resources (e.g., talent, stages, and post-production) will play out. The impact on us is less cash spending this year as some content projects are pushed out. We are working hard to complete the content we know our members want and we’re complementing this effort with additional licensed films and series."

Earlier in April, Disney (NYSE:DIS) shocked the analyst community when it reported that the paid subscriptions to its Disney Plus service have crossed the 50 million mark, translating to a growth in the subscriber base of 74.83 percent in just around 2 months! Moreover, Disney is now aggressively promoting its Disney Plus service to compensate for the loss of revenue from other quarters – including its iconic theme parks. For instance, the Frozen II – which earned $1.45 billion at the box office – has been released on Disney Plus about three months earlier. Moreover, the sci-fi fantasy ‘Artemis Fowl’ will now be released directly on the streaming platform on the 29th of May.

As the library of Disney Plus continues to fill at a rapid pace, consumers seem to be pivoting toward Netflix’s upstart competitor. For example, as per a March survey of over 6,000 people in the U.S. by the TV analytics company EDO, Disney Plus and Hulu have become the most popular streaming services among the first-time subscribers, with 29 percent of new subscribers choosing Disney Plus and 21 percent opting for Hulu. Netflix comes at a distant third with 15 percent, followed by Apple Plus at 10 percent.

While these statistics may be somewhat troubling, readers should bear in mind that Netflix’s most effective weapon against its competitors has been its daunting catalog of titles and originals. As per an Omdia report, Netflix released 2,769 hours of original programs in 2019 alone, including 657 first-run original titles. This gigantic library of content is available to subscribers at a relatively reasonable starting price of $8.99 per month. In contrast, Disney Plus costs $6.99 per month, while Amazon’s (NASDAQ:AMZN) Prime Video costs $8.99 per month. However, Amazon’s streaming service is free with a $120 yearly Prime subscription. Consequently, in an unbiased value-for-money comparison, Netflix still comes out on top. Moreover, the streaming giant currently possesses a trump card within its arsenal – most of its 2020 lineup has already been filmed. All of these factors are expected to ensure Netflix’s primacy in the streaming arena for the foreseeable future.