The Federal Communications Commission’s recent vote on net neutrality has imposed new and strong rules and regulations on Internet providers. It’s shocking to see that the company that led the charge on imposing these regulations on broadband companies like Comcast, Verizon etc.  Has suddenly taken a step backwards.

Is Netflix trying to suddenly change sides on the whole net neutrality issue?

While speaking at a Morgan Stanley conference, David Wells CFO at Netflix spoke contrary to the company's aggressive approach for a heavier and stronger regulations regarding net neutrality and also about the use of Title II by the FCC. "Were we pleased it pushed to Title II? Probably not," Wells reportedly said at the conference. "We were hoping there would be a non-regulated solution." 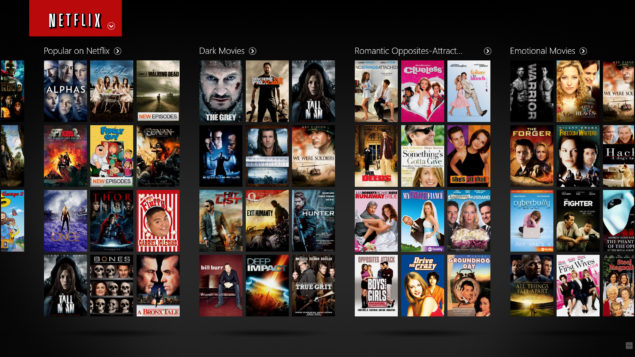 This is what the company stated after submitting its comments to the FCC on their proposed net neutrality rules in 2014:

Netflix believes that achieving strong net neutrality is critical to maintaining a vibrant, open Internet to promote free expression, diversity of content, and continued innovation. ISPs should not impede, favor, or charge Internet services that consumers choose to use.  To prevent this, the Commission should adopt clear enforceable anti-discrimination and no-blocking rules for the last mile.  The Commission also must require ISPs to provide sufficient interconnection to cover the capacity demanded and paid for by their customers, without charging access tolls to online content providers.

A spokesperson from Netflix also explained and made it clear that David Wells was trying to describe the company's positioning evolution with time. Netflix was going for a push of Section 706 back in 2010. They hoped for no regulations imposed solutions for the industry until last year in 2014. However those avenues ultimately closed down with no hope left for Netflix to have no regulations so they decided to begin pushing for the FCC's strongest position available which explicitly means backing Title II. "Netflix supports the FCC's action last week to adopt Title II in ensuring consumers get the Internet they paid for without interference by ISPs. There has been zero change in our very well-documented position in support of strong net neutrality rules."

Google and Free Press inherently supported stronger net neutrality in the week following the FCC vote, cautioned about the usual carrier designation that comes along Title II would probably give ISPs a reason that may cause Netflix or YouTube to charged twice as much as before.

"This issue must be viewed in light of the efforts by some ISPs, particularly abroad, to claim that they provide a service to content providers for which they should be able to charge under a 'sender pays' model — while still charging their retail customers for the same traffic," read Google's FCC filing.

"To the extent the Commission encourages the falsehood that ISPs offer two overlapping access services instead of just one, or the fiction that edge providers are customers of terminating ISPs when they deliver content to the internet, it may encourage such attempts at double-recovery. That could do serious, long-term harm to the virtuous circle of internet innovation, thus greatly undermining the benefit of adopting net neutrality rules."