Wii owners have every right to celebrate as the most celebrated online movie store for movie rentals and live streaming is about to be available for Nintendo Wii owners. The biggest online movie retail store has had its share of success (and still growing) online and offline. With over 55 million discs and nearly 2 million discs being shipped everyday to the customers, Netflix has now opened up a newer avenue for making more money. 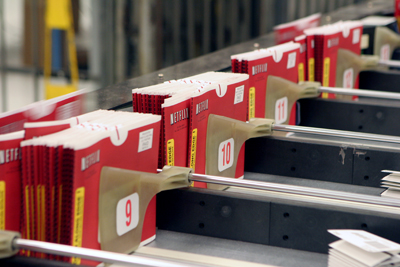 The service is expected to go live this spring and the charges will be the same as their standard membership fee, in addition to the customer's Internet charges.

"Our goal is to offer Netflix members as many ways as possible to watch movies and TV episodes streamed from Netflix right to their TVs and to give non-members more and compelling reasons to consider the service," says Netflix co-founder and CEO Reed Hastings in a statement. "Joining forces with Nintendo, which has been so immensely popular with consumers since its introduction, is a very meaningful step in that direction."

Netflix has already made the service available for Xbox360 and PS3 users. Nintendo is the third console based partner Netflix has, which basically gives Netflix an estimated nearly 50 million user base to tap on with the launch of the service.