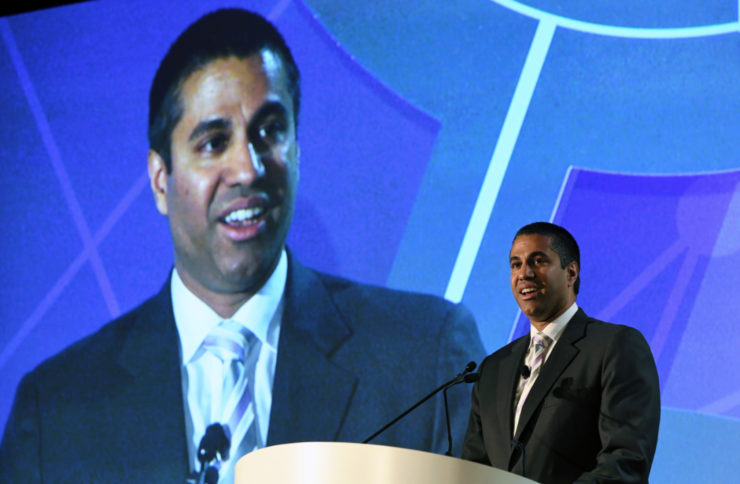 The new chairman of the Federal Communications Commission, Ajit Pai, on Wednesday announced a sweeping plan to save high-speed internet providers from the government’s oversight. Today's announcement is in stark contrast to a landmark net neutrality policy that was approved by the Chairman's predecessor to ensure that the internet remains open to all and that all online content is always treated the same by the internet providers.

The plan revokes a rule that classified the internet as a utility - much like electricity and water - considering the importance of the internet and people's dependence on it. This policy had made sure that ISPs cannot prioritize content and have to treat it all equally - whether the traffic originates from a rich media company, a streaming service owned by the internet company itself, or its competitor in the streaming industry.

"Consumers pay for access to the entire internet free from blocking, throttling, or paid prioritization"

Ajit Pai argued that classifying ISPs as utilities was unnecessarily “heavy-handed” and was all about politics. "Earlier today I shared with my fellow commissioners a proposal to reverse the mistake of Title II and return to the light touch framework that served us so well during the Clinton Administration, Bush administration, and first six years of the Obama administration," Pai said in a speech today in Washington.

Chairman Pai said high-speed internet doesn't need to be treated like a public utility with strict rules and the industry should be left to police and monitor itself.

Two years ago, I warned that we were making a serious mistake. It’s basic economics. The more heavily you regulate something, the less of it you’re likely to get.

"Upon my @FCC departure, I would like to sign off with 3 words of wisdom that guided me well: competition, competition, competition," Tom Wheeler, the Obama-appointed FCC chairman, had said while leaving the office. While the FCC under Wheeler had also taken years of advocacy and about 3.7 million of user comments to implement these rules, the strict net neutrality rules ensure that the internet is not divided into rich and poor with fast lanes dedicated to internet providers and media companies that can afford it.

Advocates and tech companies argue - as they did when pushing for these rules only a few years back - that without the oversight of the FCC, internet providers will have the freedom to control which websites users visit, preferring their own services and apps over their competitors or smaller companies.

While vague at this time, Pai's proposal offers the following changes to net neutrality rules:

The text of Pai's net neutrality proposal would be published tomorrow, as FCC chairman can't undo Title II classification immediately. The commission will make a provisional vote on Pai’s plan on May 18th, after which a period of public comment will follow. The final vote on the revised rules based on the feedback the commission receives is expected later this year.

Unlike the privacy rules revisions, Pai is expected to face fierce opposition from both the consumers and the tech companies who will not have any chance at competition or innovation if bigger companies are treated differently than companies like Vimeo that are in competition with AT&T's own streaming service.

"The current FCC net neutrality rules are working and these consumer protections should not be changed," the Internet Association that represents over 40 top internet companies - including Google, Facebook, and Netflix - said. "Consumers pay for access to the entire internet free from blocking, throttling, or paid prioritization."

"Depriving the FCC of its ongoing, forward-looking oversight of the broadband industry amounts to a dereliction of duty at a time when guaranteeing an open internet is more critical than ever," Senator Bill Nelson of the Senate Commerce Committee said in a statement.