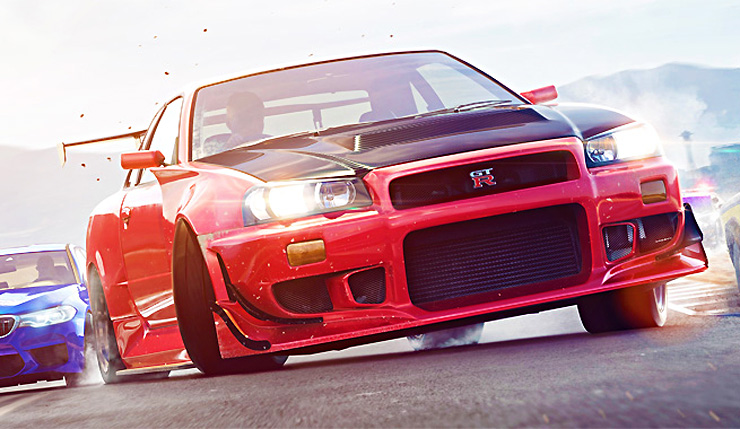 These days we're all used to the fact that most major games are huge hard drive hogs. This is particularly true for racing games – the recently-released Gran Turismo Sport requires over 50 GB, and the PC version Forza Motorsport 7 gobbles up nearly 100 GB. Given that precedent, upcoming racer Need for Speed Payback must require a pretty hefty download, right? Not so fast.

According to its Microsoft Store listing, the Xbox One version of Need for Speed Payback has a relatively-reasonable install size of 17.8 GB. Given Payback is an HD open-world racer with a full story mode featuring voice-acted cutscenes, that’s remarkably low. Is Payback perhaps a smaller game than EA is letting on? Then again, the game takes place in and around Las Vegas, which means a lot of desert backdrops – sand textures can’t take up too much space.

We don’t know how much space Payback will consume on PC or PS4 yet, but it will likely be similar. The game’s PC specs indicated 30 GB of free disk space was required, but that was probably a placeholder. Speaking of the PC specs, here they are again:

Need for Speed Payback rolls onto PC, Xbox One, and PS4 on November 10.