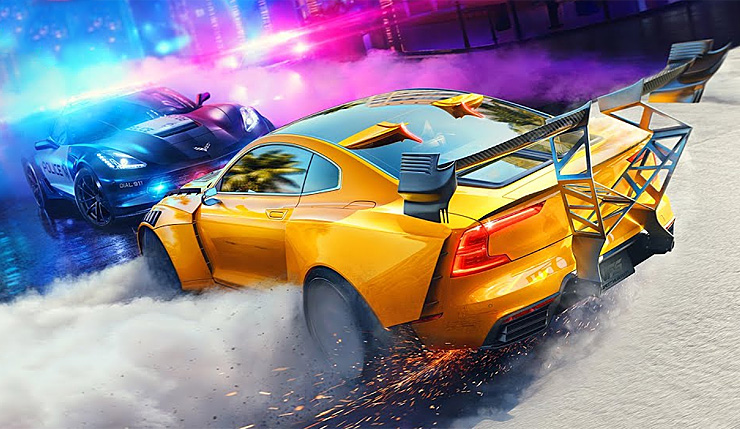 While some information about the game has already leaked, we now have full, official details on EA’s latest racer, Need for Speed Heat. The new game will place a greater emphasis on street racer vs. cop showdowns, as players take on lucrative sanctioned races by day and dangerous underground races against a “rogue” police force at night. You can check out a teaser trailer for Need for Speed Heat, below.

Here’s the official description for Need for Speed Heat:

Need for Speed Heat sends fans to Palm City, a brand-new open world where street racers have gathered to make their names known. By day, players compete in the Speedhunters Showdown, a sanctioned competition where they earn Bank to customise and upgrade their garage of high-performance cars. At night, players risk it all to build their Rep in underground races where a rogue police task force roams the streets, ready to take racers down and swipe all their earnings. The roads, the risks, and the rides never end in this street racer where a player can roll deep with their crew, build their garage full of hot cars, and make the city their nonstop playground.

Of course, there are various bonuses for pre-order Need for Speed Heat. Those who put their money down on the standard edition get a K.S Edition styled Mitsubishi Evolution X, meanwhile, those who reserve the deluxe edition will get the following:

Need for Speed Heat drifts onto PC, Xbox One, and PS4 on November 8. EA Access and Origin subscribers can get into the game three days early on November 5. EA is promising a full gameplay reveal during Gamescom Opening Night Live on August 19.