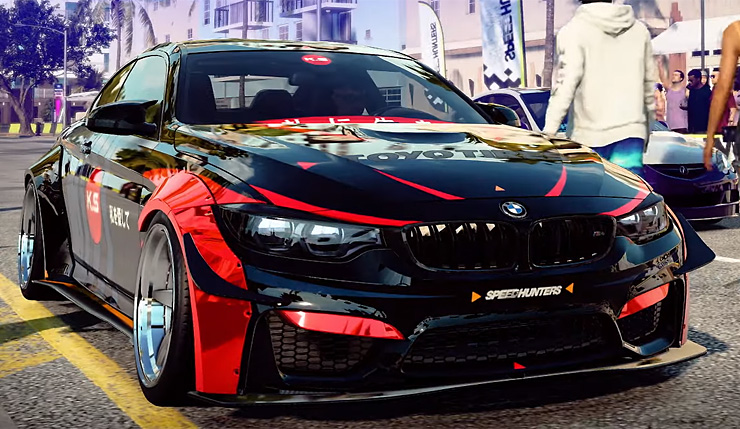 Last week Need for Speed Heat was unveiled, but the announcement didn’t include any in-game footage. Thankfully, EA brought a new gameplay trailer to Need for Speed Heat to Gamescom Opening Night Live, and the game is looking pretty solid! Visually, very much like Need for Speed Payback, but with a greater emphasis on night racing and high-speed showdowns with the cops. Check out the trailer, below.

Need for Speed Heat is set in Palm City, a street racer’s paradise and a vibrant metropolitan area made up of many unique districts ready for exploring. By day, Palm City hosts the Speedhunters Showdown, a series of sanctioned races where you can earn Bank by pushing the limits in high-stakes race, drift, and off-road events.

After the sun goes down the intensity ramps up – and with it the risk – when Palm City transforms into a neon playground for illicit street racing. There aren’t any rules at night. But there’s plenty of danger. Night in Palm City is all about taking chances, battling it out in no-holds-barred races, and risking everything to boost your rep. Night is a time of nonstop conflict when ever-escalating threats are looking to take you down.

Take on the Corrupt Cops

The cops you encounter during the day in Palm City are the lawful guardians of the road – they play by the rules. At night, a much darker side is revealed. There’s no law when the sun sets in Palm City, and “law enforcement” is nothing but a twisted excuse for corrupt cops to ride your tail and take you down. These rogue cops are predators on the hunt for you, your ride, and your freedom, and they’ll stop at nothing to take it all and burn you and your tricked-out car to the ground.

Winning is the name of the game in Palm City. Winning unlocks more options in your garage. Winning boosts your crew. Winning increases your notoriety. That said, first place doesn’t mean anything if you don’t do it in style.  That’s why your garage is critical in Need for Speed Heat. Your garage is your sanctuary. It’s a safehouse for you and the ultimate workshop for building and customizing your dream car. From wild colors to go-faster stripes to tons of high-performance options, you’ll have everything you need in your garage to trick out and tweak your car to match your driving style.

Hustling by day is the first step toward making a name for yourself in Palm City. As you rack up wins, you’ll also start to attract the attention of individuals itching to join your crew. This is your team. Your squad. Your tribe. Banding together to form a tight crew is essential for crushing that extra mile, and the one after that. The more you win, the more you boost your rep and assemble a crew that’ll stick with you day and night through every adrenaline-fueled challenge that comes your way.

You can check out Need for Speed Heat's full car list, right here.

Need for Speed Heat drifts onto PC, Xbox One, and PS4 on November 8. EA Access and Origin subscribers can get into the game three days early on November 5. The NFS Heat Studio is available for Android and iOS devices now.