The last few Need for Speed titles have delivered laudable gameplay experience for a large number of players with different driving preferences, but it looks like the latest entry in Electronic Arts’ longest-running racing video game franchise will be the most accessible one yet for both casual and dedicated gamers. After revealing some major gameplay details about Need for Speed, the publisher has now released a bunch of screenshots showing off some spicy in-game rides in glorious 4K resolution. 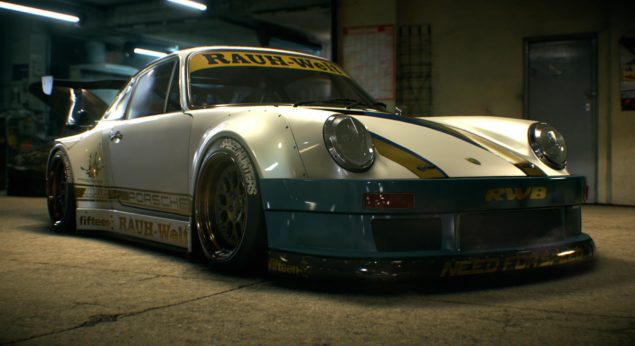 Need for Speed can safely be counted among some of the most successful franchises that have been around for more than a couple of decades now, but it is hard to wrap the series in a single box. The series has clocked titles with all sorts of driving styles and gameplay elements. From hardcore street racing to emphasis on storytelling, and battling it out with cops or pushing pedal to the metal to catch criminals, Need for Speed has been a lot of different things, and that is what drives this year’s addition to the franchise.

Instead of continuing the series with another thrill-filled racing title, Electronic Arts decided to bring together all the core elements of Need for Speed by rebooting the series and offering an all in one arcade racer to the players. The new Need for Speed delivers a story-driven experience and uses live-action footage to add a touch of realism. With modern-day racing icons helping you pave your way to rule the streets, the upcoming reboot allows you to customize and tune your dream machine and explore the open-world in a whole new way.

Following the Need for Speed gameplay footage and details that were revealed at Electronic Arts Gamescom 2015 press conference, the publisher has been releasing some beautiful in-game 4K screenshots of the game via its official Twitter account. The screenshots show the Porsche 930 and 933 resting in the garage; heavily tuned and customized with different aftermarket body parts. You can check out the screenshots in gallery below.

Ghost Games, developer of 2013’s Need for Speed: Rivals, is developing the upcoming Need for Speed reboot. The game is powered by the same version of the Frostbite Engine that Star Wars: Battlefront is using, and it will hit the shelves later this year on November 3 for PC, PlayStation 4 and Xbox One,