Coming as the fourth main installment in the most critically acclaimed and one of the most famous PlayStation exclusive video game series ever, Uncharted 4: A Thief’s End is an upcoming action-adventure third-person shooter video game that ranks among some of the major triple A PlayStation 4 exclusive titles coming out next year. Naughty Dog, the developer of the game, has not revealed much in-game media content such as screenshots and gameplay footage since the game’s reveal, however, today the developer revealed a brand new next-gen Nathan Drake 3D character model from Uncharted 4: A Thief’s End, which you can check out down below. 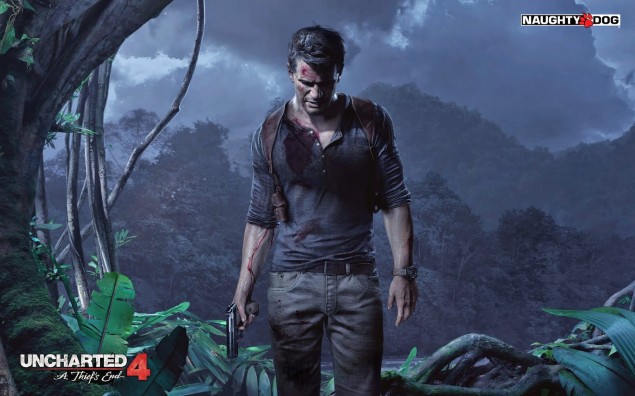 During this year’s E3 press conference, Sony uncovered one of the most anticipated and highly demanded title in the list of PlayStation 4 exclusive video games. Being developed by a veteran video game creator that is best known for its all-time hit PlayStation exclusive titles, Uncharted 4: A Thief’s End is the first next-gen game in the series. The game takes place several years after the events of Uncharted 3: Drake’s Deception, and features Nathan Drake, the main protagonist of the series, while he is on his globe-trotting journey that will test his physical limits, and that how far he’s willing to go to save his loved ones.

As a part of their 30th Anniversary celebration, Naughty Dog studios recently posted a brand new 3D character render of Nathan Drake from Uncharted 4: A Thief’s End to their Twitter account, while publicizing a 3D character modeling event that is set to take place this Sunday at the Gallery Nucleus in Alhambra, California. You can check out the imagery below showing Nathan Drake who apparently looks much older now than he did in the previous games in the series.

Naughty Dog previously confirmed that the Uncharted 4: A Thief’s End’s E3 2014 trailer wasn’t pre-rendered and was running in-engine. During the event, members of the art team will demonstrate how the trailer was made. Below is the full schedule of the event.

The Last of Us Part I New Comparison Videos Focus on Custcenes, Graphics Details