With each release of an Uncharted game, Naughty Dog won the hearts of their fans around the world and this probably one of the biggest reasons why Uncharted 4 is one of the most highly anticipated games on the PS4 in 2015. And with each new release fans are expecting better/improved graphics complementing some very fast gameplay at 30 fps and 900p. That's some demand considering that the PlayStation is still a console. But Naughty Dog doesn't disappoint. They're going to bring a cinematic experience to the fans with this release. It will possibly just be like watching a blockbuster movie, the difference is that it'll be a blockbuster game. 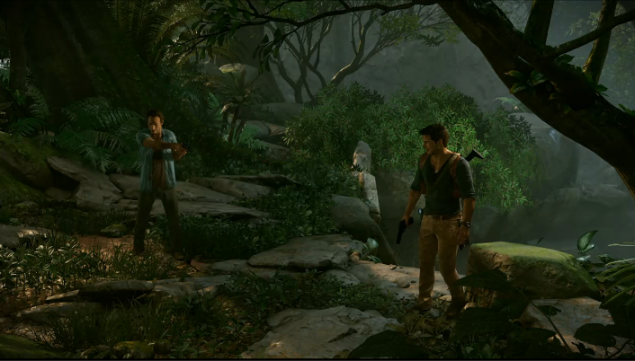 So the question here is, Is it really possible? The game does look awfully good in terms of graphics but the question here is that is a cinematic experience really possible in Game Animation with the current level of expertise? Well according to Naughty Dog's Lead Artist Frank Tzeng, In a short few sentences reported on Gamepur, he said that the Uncharted 4: A Thief's End is "Really Close" to a filmed version right now in terms of quality, and it will get closer in a few years. He said:

"Game quality is really close to film right now, look at the stuff we do in Naughty Dog. This character, I'm telling you guys, this character can easily be a digital double in a film. Based on the quality, the detail, the blend shape, the colour, everything that we put on the character [Uncharted 4's Nathan Drake] this is basically a film character to me. So to me, videos games are getting really close to film quality, and this is exactly what I wanted to do."

That will sound comforting to PS4 owners and game fans. In addition to this, Frank also explained how the shift from PS3 to PS4 allows much more freedom to developers in making sure that a better experience is communicated to the mass gaming community. He also tipped through this that they'll get to the cinema-like experience in the future versions of the PlayStation (probably the PS5).

"As we have more powerful consoles coming out, so right now we have PS4, it's definitely more powerful than PS3 and that enables to put more polygons, you know, using more high-res maps and get more resolutions in a game, making more expressions making more blend shapes and wrinkle maps. All of this is getting us one step closer to the film quality that we wanted for the game industry and I think in a few years we can definitely get there."

Well if this happens the this is definitely a break-through and the movie industry should be scared of such a time when Animation overtakes it. This does call for worry and RND on their part as we haven't seen nearly as much innovation in movies as we have in gaming.