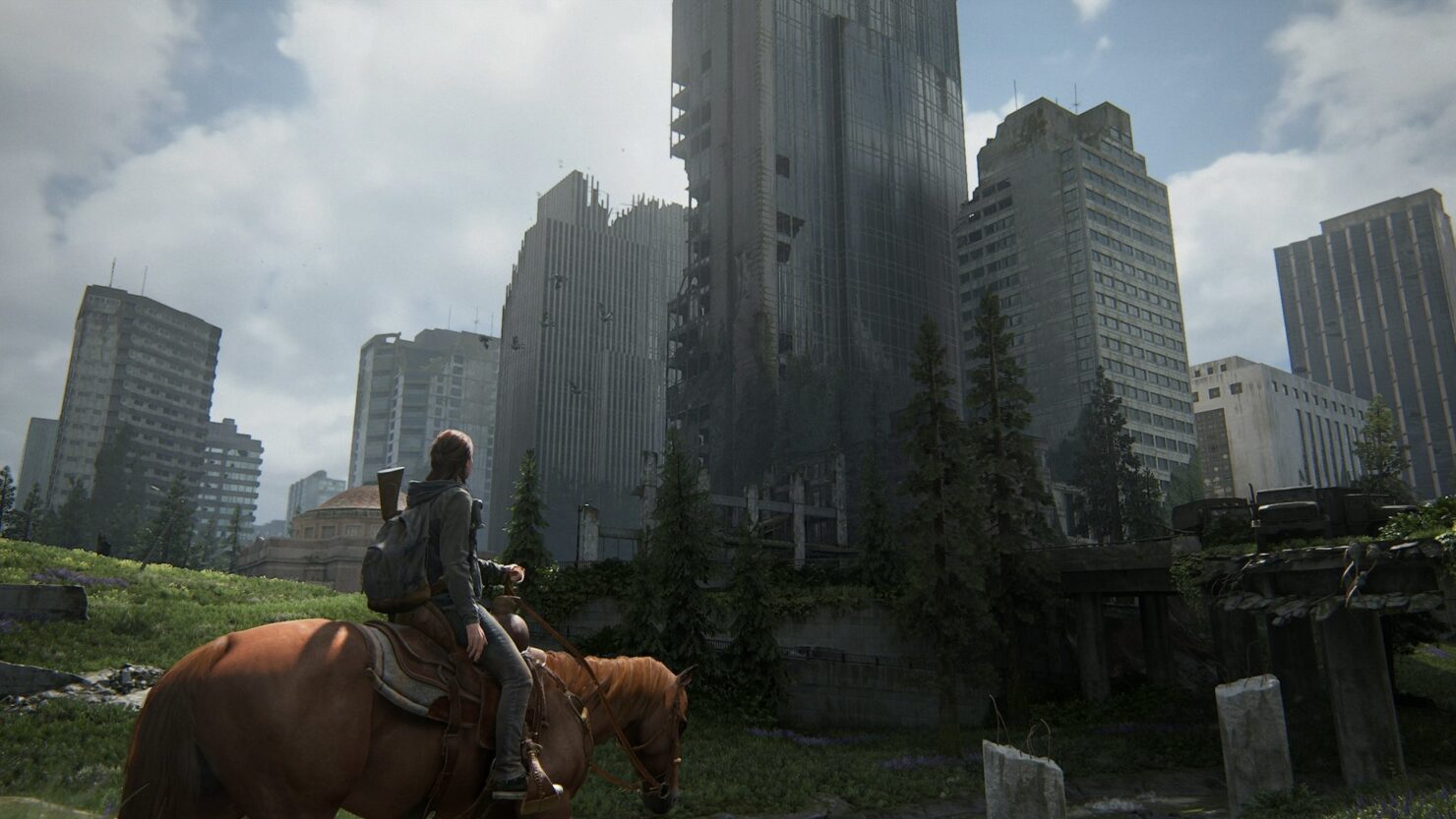 Naughty Dog has been revealing a lot about The Last of Us Part II in the last few days. The game's release date, of course, but also the fact that this is the most ambitious and largest game ever done by Naughty Dog (despite multiplayer now being worked on as something that will probably release in a standalone fashion).

But how big it is, really? Well, Naughty Dog Narrative Lead Halley Gross (who previously worked on TV shows like HBO's Westworld and Amazon's Too Old to Die Young) revealed in a video interview that it's about fifty percent bigger than the first game.

The game I think we're saying is about 50% bigger, but it is massive, not just in length, but in like, all of our levels are bigger and wider, we have more cinematics, we have more characters, we have more animations. We have larger melee systems, in every way, this game is bigger and better.

According to How Long to Beat, the average playthrough length of The Last of Us is about 15 hours and a half. If the 50% bigger statement is correct, then this sequel could clock in at over 23 hours of gameplay.

Gross also said during her playthroughs of The Last of Us Part II, it is possible to 'discover something new' and 'get new reactions' from both enemies and Ellie when replaying certain segments.

I'm really proud of it. I think there's so many incredibly talented people at Naughty Dog. And every time I play, I discover something new. All of our setups are so big, so complicated, you can do so many different things, each setup like as I'm sure you guys saw in the suburbs, like, you can come at the same setup, and play it so many different ways and get new reactions from your enemies, get new reactions from Ellie, I find it a great way to spend a workday.

The Narrative Lead briefly touched upon the lack of multiplayer, too.

So because it's turned out to be such a big and complex game, we decided to focus entirely on single player, so there will be no multiplayer for the last month or two, unfortunately, but we still very much care deeply about our multiplayer team. They're incredible. And they're smart. And they're really talented. They've got big ideas.

She's not the first to highlight the big things in the works at Naughty Dog's multiplayer team. Even former Game Director Bruce Straley, who left the company about two years ago, took to Twitter to reassure fans the multiplayer concept is as extremely ambitious as the single player campaign.

I know the team very well & trust them thoroughly! I also know what they’re working on & I can attest that SP & MP are both EXTREMELY ambitious. I can only joke because I’m friends w these people & I have absolute faith in what they’re doing.

The Last of Us Part II is out February 21st, 2020, exclusively on PlayStation 4.