Nathan Drake shows how to take down a Cargo plane easy

Nathan Drake is well known for his amazing entrances and exits, he can hardly / never leave a place without completely wrecking it (case in point The train from Uncharted 2) and he does it yet again in this extended footage of game play where he was left off hanging off the back of a cargo plane, but that isn't where the video is supposed to end. This new gameplay video shows the series of events following that gameplay video which lead to the plane ACTUALLY crashing and how Drake manages to survive an amazing height. 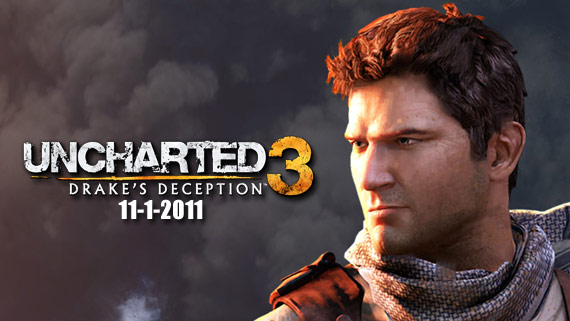 When Nathan Drake is on board any thing or inside any sort of a vehicle or building you can count on it to not survive he has done this several times in his previous games and he does it yet again in the series of game play videos shown at various conferences, first he is shown surviving (after causing the fire?) a burning chateau with Sully, then he manages to sink a Cruise ship and now he manages to crash a cargo plane. I can safely say that nothing is safe from the hands on Nathan Drake whether he is on Land, Air or Sea. His (bad) luck streak continues as he brings down a cargo plane with style and escaping death several times.

Uncharted 3 is without a doubt one of Sony's greatest series after Infamous, Killzone, God of War and the Resistance series and Uncharted 3 is definitely the one game which every self respecting PlayStation 3 owner SHOULD play considering how absolutely stunning the graphics of the game look since Uncharted 2.