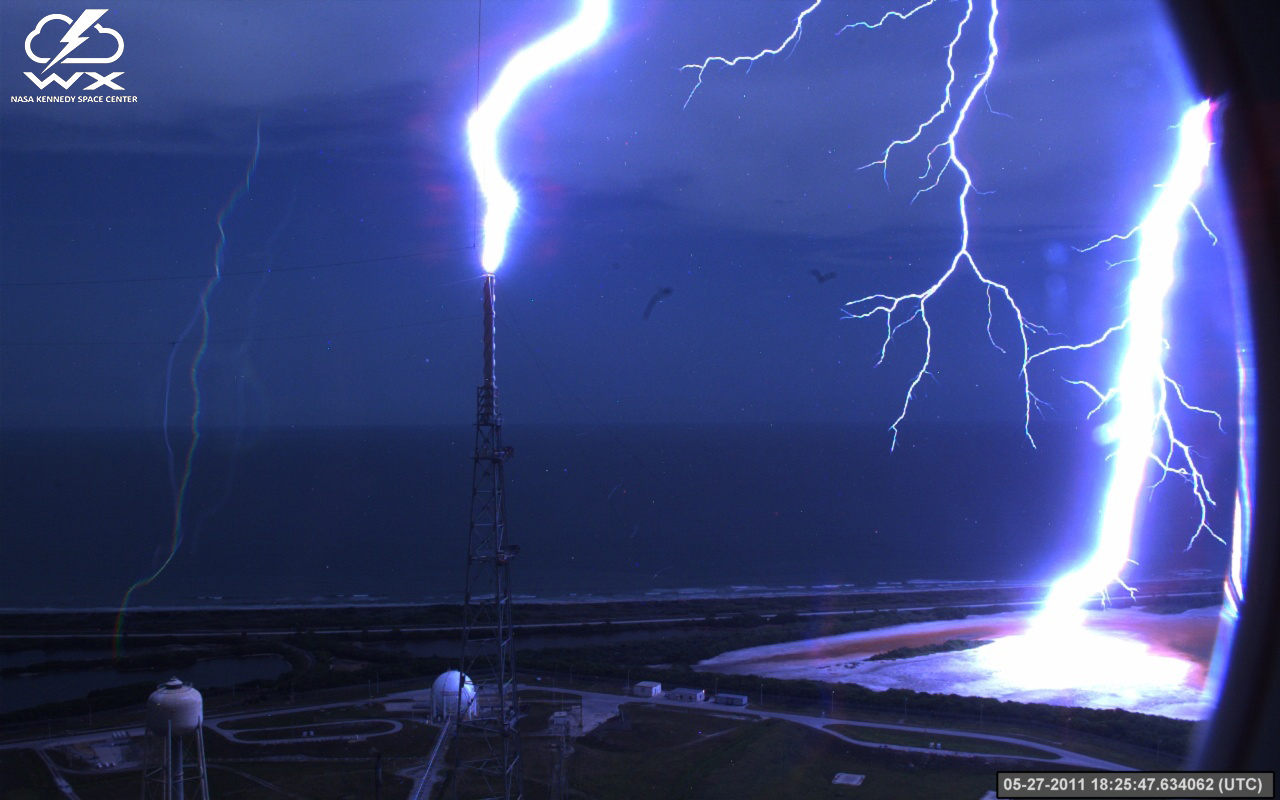 The National Aeronautics and Space Administration's (NASA) facilities in Florida were struck by a record-breaking lightning strike earlier this year outlined the agency in a press release. NASA launches rockets from the Kennedy Space Center which is just off of the Florida sea coast, and the pad is a historic site that has not only seen astronauts launch to the Moon but also the resumption of human spaceflight from the United States in the form of Space Exploration Technologies Corporation's (SpaceX) Crew Dragon spacecraft taking to the skies in 2020.

At the time of the lightning strike, NASA's Space Launch System (SLS) rocket built by The Boeing Company was also present at the pad, and to make matters more delicate, the company's Orion spacecraft was also mounted on top of the rocket as part of NASA's rehearsals for the first mission of its Artemis program; a multi-year effort to establish a permanent presence on the Moon.

The event took place in April this year and NASA shared images of the strike captured through a special camera earlier this month. It came at a time when the SLS rocket, which NASA affectionately refers to as its 'Mega Moon Rocket', and the Orion spacecraft were mated and standing tall at the Kennedy Space Center's Launch Complex 39B in Florida.

SLS is one of the largest rockets in the world and stands at 322 feet tall when joined with the Orion spacecraft. Orion is a vehicle also developed by Boeing, and it will be responsible for transporting astronauts from Earth to NASA's lunar space station from where they will prepare for the second leg of their journey to land on the Moon in a SpaceX vehicle.

The lightning strikes were the result of a storm in the area on April 2nd, which resulted in a total of four strikes on the pad right beside the SLS.

However, both the rocket and the spacecraft remained unharmed as NASA's lightning arresters were there to protect the vehicles and any personnel present on the ground from such an event. In its press release, the space agency explained that the strike was only the second time a 'positive' strike hit the facilities ever since the new system was installed.

The first such strike took place in 2011, but this one was the most powerful in the Kennedy space center's history. A positive lightning strike occurs when electricity is transferred to the ground, and the chief scientist for a NASA partner that analyzes such events explained that the April 2022 lightning strike saw a whopping 3,000 amperes of current flow into the ground. For reference, power lines typically carry electric current ranging between 500 and 1100 amperes.

Strikes of this magnitude also create their own electromagnetic fields that have the potential to affect electrical systems. However, despite the fact that both the Orion capsule and the SLS's core stage were powered up when lightning hit, neither were damaged according to NASA. The SLS is made up of three stages. Its core stage lies at the center and is flanked by two additional stages for generating the thrust necessary to lift it off the ground and into space.

The new lightning protection system stands taller than the rockets it is supposed to protect, and it transfers the lightning away from them through diagonal wires and insulation masts.