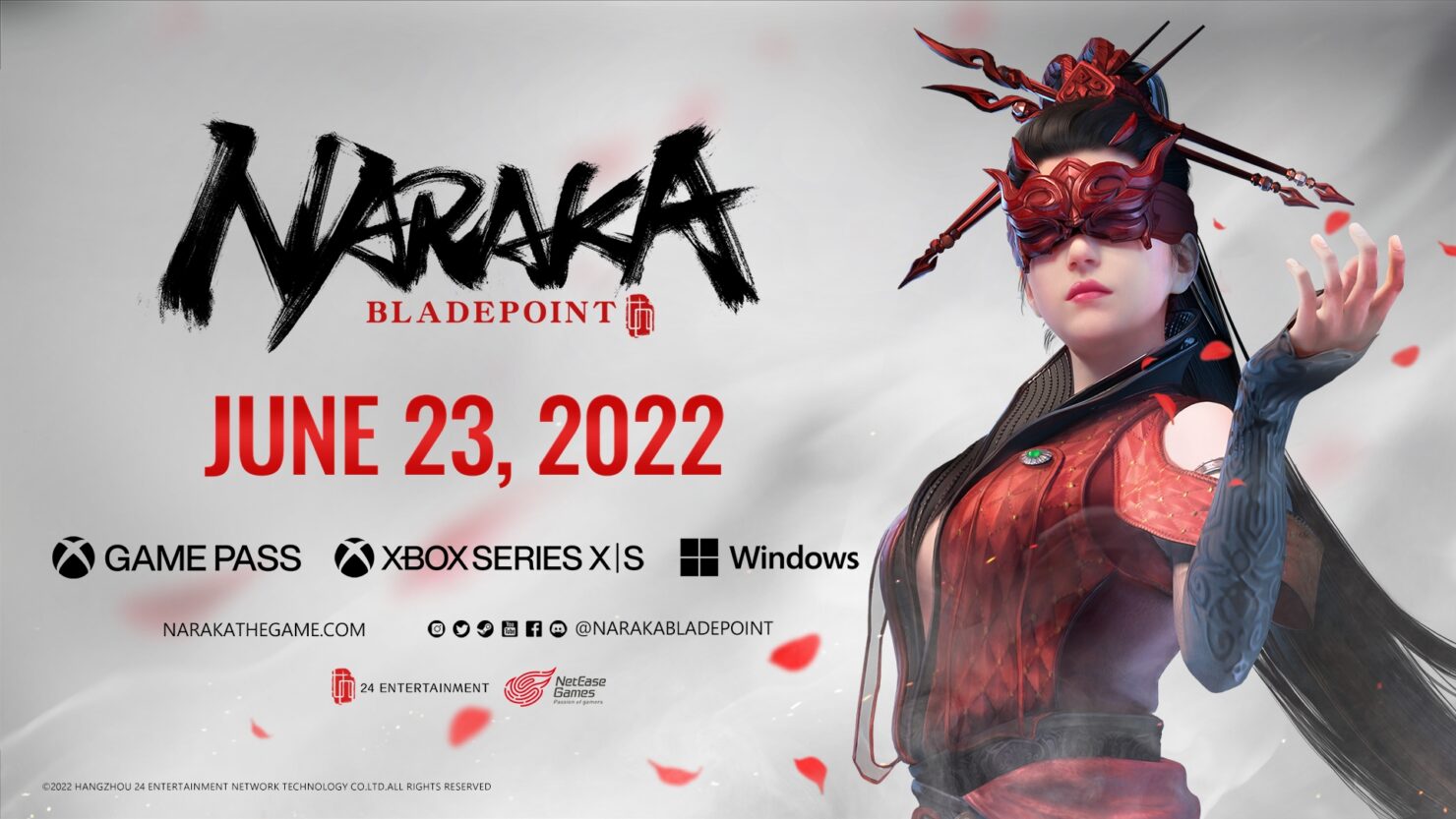 After the success enjoyed with the Steam PC launch of NARAKA: BLADEPOINT (over 10 million copies sold to date), today Chinese developer 24 Entertainment is launching the Battle Royale game on Xbox Series S|X and PC via the Microsoft Store. The game is also included with the Game Pass subscription and the developers are adding a new weapon, the Dual Blades, with the update.

We were able to interview 24 Entertainment's Ray Kwan once again to discuss the studio's experience with the Xbox Series S|X and its many plans for the future of NARAKA: BLADEPOINT, from tech additions to an upcoming PlayStation port. Enjoy!

Why did you pick Xbox as the debut console platform for the game?

Since its release, NARAKA: BLADEPOINT has grown in popularity across the world. Each day, more and more players have been craving a console version of the game. Ultimately, we chose Xbox due to its huge player base and the development difficulty is moderate compared to other systems. But don't worry, NARAKA: BLADEPOINT is still in development and heading to other consoles as well!

The game will be launching on Xbox One later this year. Alongside this, the PlayStation version is also being developed for a later date.

What was your experience with the Xbox Series S and X as a developer?

Some parts were simple, although we did have things to overcome. We wanted to keep the same flavor of thrilling combat; so all of the gameplay, heroes, and game systems are the same. If we found any problems — for example, some moves being hard to achieve with a controller — then we found ways to optimize the controls to ensure Xbox players will be getting the same combat experience as PC players. I own an Xbox Series X which I’ve played quite a lot since acquiring it. That makes me even prouder of NARAKA’s Xbox launch and what we’ve done to optimize it!

What's your favorite hardware or software feature implemented by Microsoft in this gaming system?

My favorite feature Microsoft has implemented is the use of VRR. It provides a higher frame rate and also avoids screen tearing at the same time. Of course, we spent a lot of time during the development process dealing with unexpected challenges, but the final performance of NARAKA: BLADEPOINT is fantastic!

Does NARAKA: BLADEPOINT support mouse and keyboard input on Xbox?

Currently not, but we are still working on it.

You have announced crossplay between Xbox and PC players. Are you also going to matchmake between the same inputs as other games have been doing so that gamepad players can find other gamepad players, etc.?

Crossplay is an essential feature of our game. We hope that players from different platforms have the opportunity to enjoy the combat on Morus Isle together. At present, we have made optimizations for the use of Xbox controllers in order to bring a better gaming experience to console players. We have also ensured players can choose whether or not they want to have crossplay enabled.

NARAKA: BLADEPOINT supports NVIDIA DLSS on PC. Xbox Series S|X support AMD FSR 2.0, so we are wondering if you will be using FSR 2.0 on the consoles. If that is the case, will FSR 2.0 eventually be added to PC, too?

We will continue improving NARAKA: BLADEPOINT’s performance and graphics after the game’s console launch. FSR is a technology we have already used, but we are still waiting for the source code for FSR2.0 so that we can explore and implement it further. This is a technology we want to use and is in our future plans for the game.

Do you have any plans to add ray tracing features to the PC and/or Xbox versions of the game?

We have a great technology-oriented team, and we are planning to add ray tracing technology to NARAKA: BLADEPOINT. We hope to bring some surprises to you in the future!

You will introduce the Dual Blades weapon with this update. Can you talk about the uniqueness of this weapon?

It’s the first two-handed weapon we added to the game. It delivers striking blows with a high attacking speed and unstoppable movement with multiple-hit combos. Players will be able to
engage in some truly ferocious fights and we can’t wait to see how the community begins
using this new playstyle.

You also announced an upcoming campaign mode. How will this work? Can players expect to find story cinematics, too? How long will the first chapter be? How much of a delay do you expect between the campaign mode's first chapter and the following ones?

I’d say it’s a bit early to reveal too much, we don’t want to spoil it — but we will definitely have more information soon!

Is there anything else you would d like to add for NARAKA: BLADEPOINT fans?

We can’t wait to welcome Xbox players on June 23 and hope everyone enjoys the NARAKA: BLADEPOINT experience!