There has never been a better time to be a battle royale fan, with so many titles offering different spins on the formula made popular by games like PUBG and Fortnite. Despite so many battle royale games being available and actively supported by their developers, none of them attempt to place a bigger focus on melee combat. This is exactly what NARAKA: BLADEPOINT attempts to do and mostly succeeds at, as the combat and traversal mechanics are definitely among the highlights of the game developed by 24 Entertainment.

NARAKA: BLADEPOINT doesn't offer much in terms of story. Morus Island, the secret island where the game is set and where players will battle one another until only one is left standing, used to be the battleground where ancient gods waged their war against one another, where only a fragment of their power is left, fragments that a variety of warriors are trying to make theirs. Outside what is revealed in the tutorial mission, the story is developed through lore cards that develop the playable characters. It's a shame that the story is not really developed at all, as the game features a very peculiar atmosphere steeped in Chinese Mythology that could have led to some interesting developments. 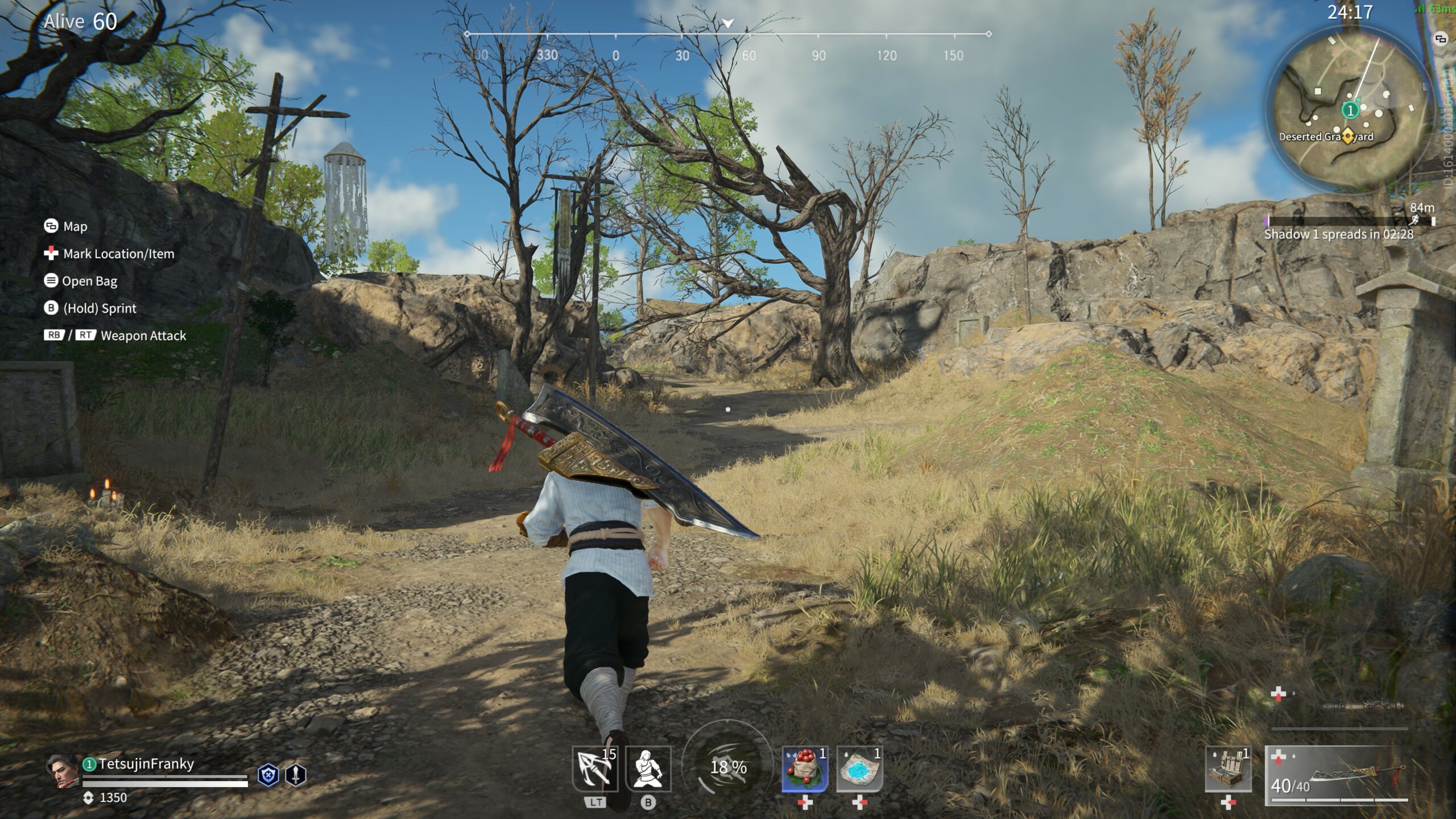 As mentioned above, it's the combat and traversal mechanics that set NARAKA: BLADEPOINT apart from most of the battle royale games out there. Like in similar games, players will be thrown into a huge map featuring different locations together with 59 other players, with the play area shrinking periodically over the course of a match. Players all start without items, but by exploring the map, they can find a variety of items, weapons (both ranged and melee), Souljades, special items that grant a variety of bonuses like increased health, attack power, stamina, and so on, and Grappling Hooks that are used to grapple around, and even attack other players if targeted properly. It's the grappling mechanics and smooth parkour system that makes NARAKA: BLADEPOINT a smooth gameplay experience. You can reach all sorts of vantage points, perform some emergency escape maneuvers, and so on. While the system doesn't feel as smooth as it does in Sekiro: Shadows Die Twice, it is quite close to that implemented by From Software in their popular game.

NARAKA: BLADEPOINT's combat is also unlike any other seen in battle royale games. While the game does feature, as mentioned above, ranged weapons, they are not as powerful as melee weapons. All types of close-range weapons, which include Longswords, Katanas, Greatswords, Daggers, and Spears, all come with their own unique attacks, including different combos and charge attacks, which make the combat experience extremely varied, as using different combos with different timings is extremely important to mess with the opponents' dodge timings. The parry mechanics adds more depth to the experience, letting players parry some attacks and make the opponent drop their weapon. Timing can be a little strict, so it can be a little difficult to time them properly if the connection to the servers isn't optimal. I never had too many troubles with around 40 ms ping with the European server, but your mileage may vary. Generally, the game's combat feels a lot like a deeper version of that seen in Koei Tecmo's Warriors series, so if you enjoy this franchise, there's a very good chance you will love NARAKA: BLADEPOINT as well. 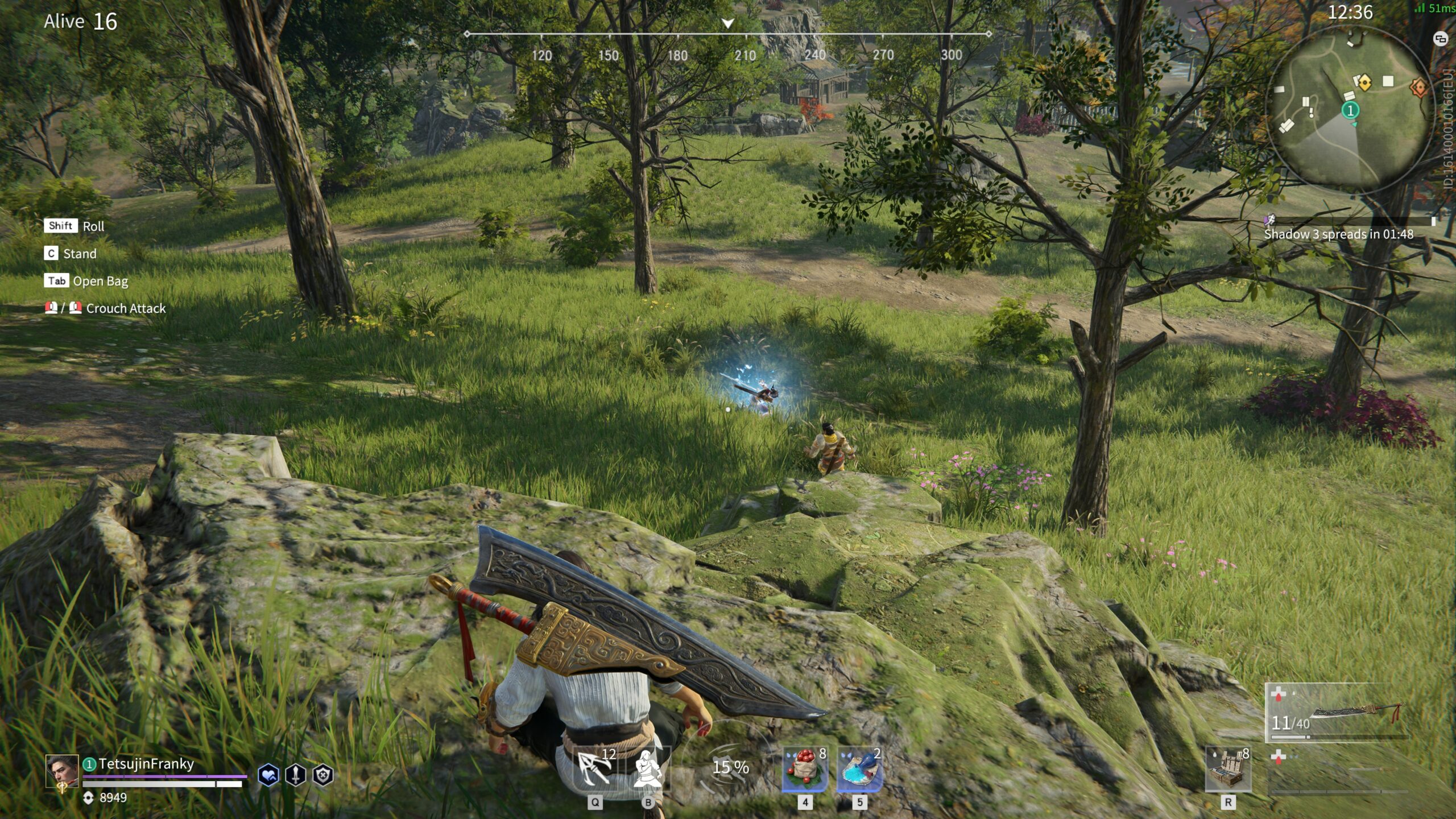 While NARAKA: BLADEPOINT's mechanics are solid, many of the features currently seen in the game leave something to be desired. The controls definitely need some tweaking, as navigating the menus with a controller is extremely frustrating, especially when managing the inventory, essentially forcing players using a controller to switch to mouse and keyboard controls to do so properly.

NARAKA: BLADEPOINT also doesn't offer a whole lot in terms of content. The currently available playable characters, whose unique abilities can be enhanced by using them in matches and gaining XP, aren't particularly intriguing, with only a couple standing out from the rest. Play modes are also limited to a solo play mode, a Trio play mode, and a Deathmatch-like mode. These do get old after a few hours. The game also features plenty of cosmetics unlocked via loot boxes and different currencies, which will definitely put more than a few players off, as they feel more like they belong in a free-to-play game. The cluttered interface also makes it hard to understand how to unlock a certain item on the fly, which can be annoying.

Another area where NARAKA: BLADEPOINT does deliver are the visuals. The Chinese Mythology-inspired characters and locations look great, and with NVIDIA DLSS support, those running the game on any RTX card will be able to enjoy great visuals without any major impact on performance. On the system used for the test, powered by an i7-10700 CPU, RTX 3070 GPU, and 16 GB RAM, the game runs smoothly at 60 FPS at max settings with DLSS on the Quality setting.

NARAKA: BLADEPOINT's solid combat and traversal mechanics are a great foundation upon which 24 Entertainment can build their battle royale experience. As things stand, however, this solid foundation is not enough to make the game a must-buy for all battle royale fans out there, as the lack of content, mediocre controls, and cluttered interface do damage the experience a bit. The game is still young, however, and if the developers manage to solve these issues, NARAKA: BLADEPOINT will likely be able to reach the heights of other battle royale sensations.

With excellent combat and traversal mechanics and a unique atmosphere, Naraka: Bladepoint stands out from the battle royale crowd. Cluttered interface, controls that require some tweaking, the bad implementation of microtransactions, and general lack of content, however, damage the experience a bit, preventing it from becoming a must-buy for fans of the genre. The foundation is still extremely solid, so with proper support, Naraka: Bladepoint definitely has the chance to rival all of the most popular battle royale games on the market.