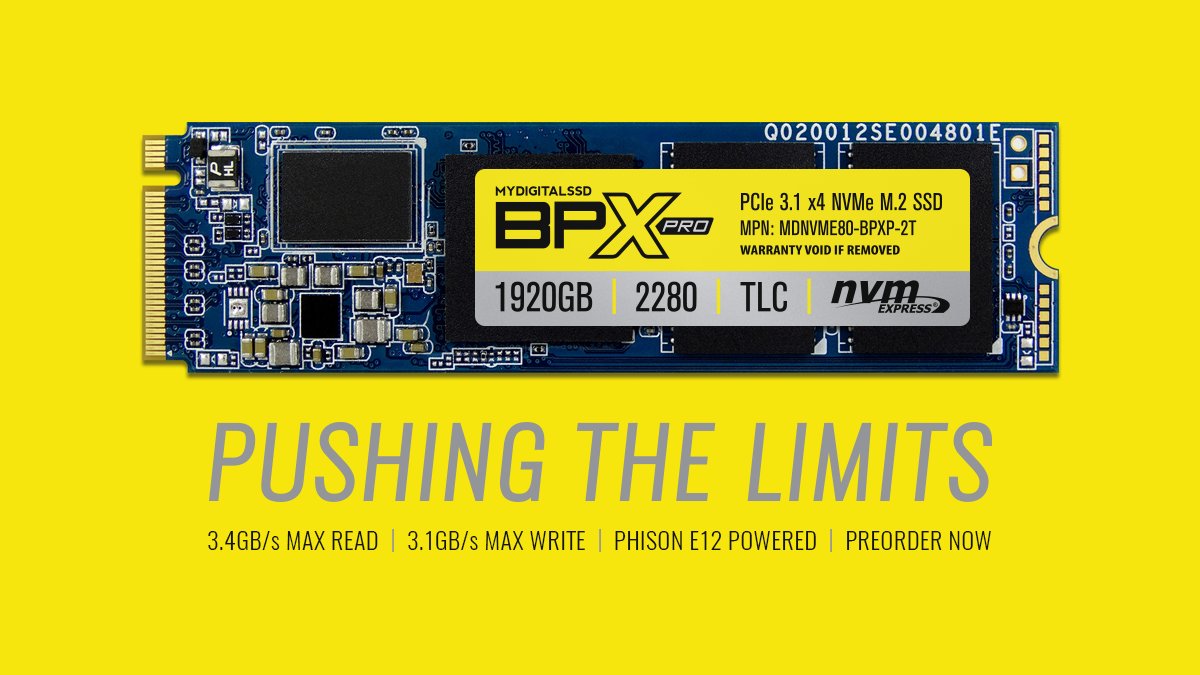 MyDigitalSSD is a brand located in upstate New York, which tries to give high-quality hardware and great service and warranty at cheap prices. They've been around since 2007 and have announced today their new Bullet Proof eXpress (BPX) Pro PCIe 3.1 x4 NVMe M.2 2280-S3-M SSDs.

Using Phison's new E12 flagship controller the BPX Pro aims to go for the higher end of the market and compete with drives like the Samsung 970 drives, though should be eyeing a much lower price, with what we expect to be slightly lower performance. The BPX uses a four-lane interface that aims to have best in class sequential speeds of 3.4GB/s read and 3.1GB/s writes while still maintaining "Fast 4k random speeds for unprecedented system responsiveness, with shorter boot times, faster application launches and more" how fast that is exactly isn't explained though.

I myself am quite excited to see exactly how good this drive is and am doing some tweaking to my test suite to push drives a bit harder in the future.

The drives come in over-provisioned capacities of 240GB 480GB, 960GB and 1920GB for their guaranteed sustained peak performance of up to 3.115 TBW with a 5-year limited warranty.

The Drives are available for pre-order now at Amazon and other authorized retailers for $99, $149, $279 and $599 for the 240GB, 480GB, 960GB and 1920GB respectively. which makes the pricing on the Samsung Evo drives seem quite pricey in comparison. Alternatively, MydigitalDiscount has the drives available now for pre-order in their entirety.